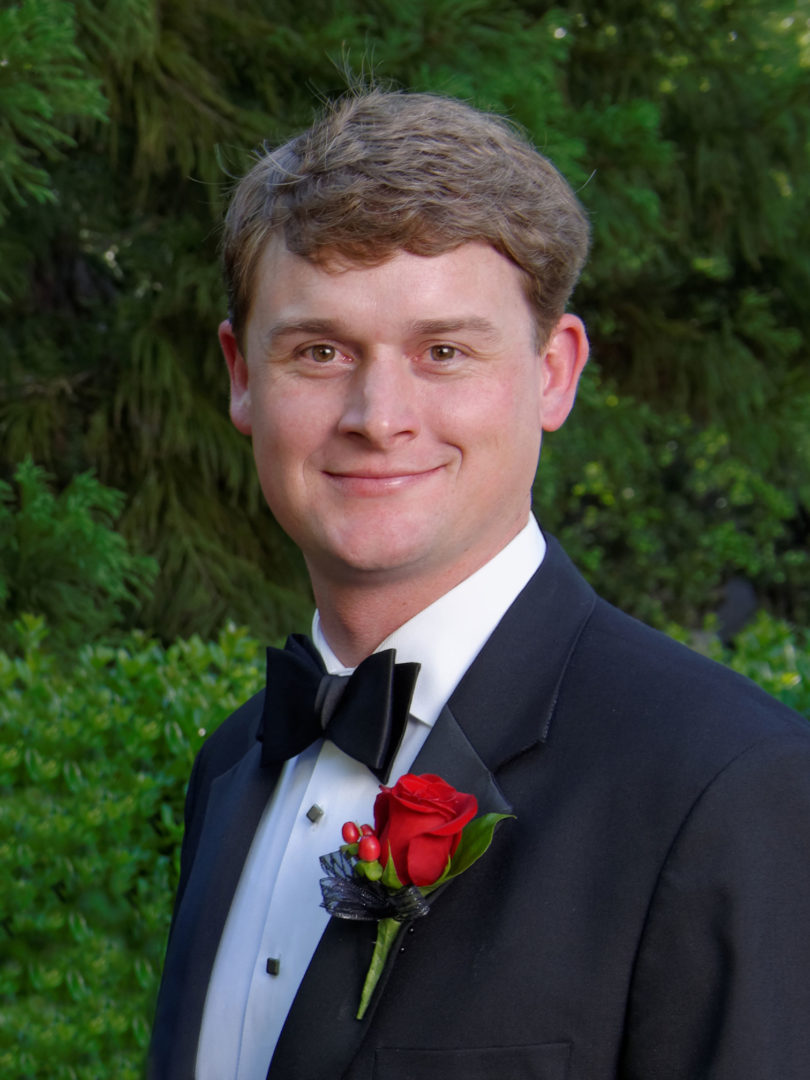 Atlanta, Ga. – The principal of one of the country’s leading privately held real estate companies, the managing partner of an energy sector investment firm and a senior vice president with Merrill Lynch’s wealth management division were honored by the University of Georgia’s Terry College of Business at its 2014 Alumni Awards and Gala on May 3 in Atlanta.

Two of the graduates-Darren DeVore, principal of The Carroll Organization, and Peter Vig, managing partner of RoundRock Capital Partners-received the Terry College’s Distinguished Alumni Award. Blake Bruce, who works in the Global Wealth Management division of Merrill Lynch in the Atlanta/Buckhead office, received the college’s Outstanding Young Alumni Award. All three were honored for their career achievements and for their service to both the Terry College and their communities.

The Terry College has been presenting its alumni awards since 1964. The college’s alumni board hosts the spring gala. Alumni award winners are selected by emeritus members of the board, working from nominations submitted to the board.

Darren DeVore serves as principal of The Carroll Organization, one of the country’s leading privately held real estate companies focused on multifamily investment, management and development. He works with each Carroll business unit on strategy, development and growth.

DeVore’s career in investment management is extensive. Prior to acquiring a significant interest in Carroll, he spent 14 years as a managing director of Artisan Partners LP, a leading global investment management firm where he designed and implemented marketing and client service strategies that grew the firm from about $800 million in assets under management to more than $65 billion for clients globally. Previously, he spent 13 years as vice president at Pacific Financial Asset Management Corp. (now known as PIMCO Advisors), where he performed various functions including launching a PIMCO subsidiary, Blairlogie Capital Management, a Scottish investment firm based in Edinburgh, Scotland. DeVore holds a BBA in finance from the Terry College.

DeVore is active in many civic and charitable organizations. He was the founding board chairman of Mt. Bethel Christian Academy, serving as the board chair for 10 years. Mt. Bethel Christian Academy is a ministry of Mt. Bethel United Methodist Church, where DeVore has served as a member of the church’s executive committee and administrative council. An avid supporter of UGA, DeVore is a member of the Terry College of Business Dean’s Advisory Council, serving as chairman from 2011-13. He is an emeritus member of the Terry College Alumni Board, and he is currently a trustee with the University of Georgia Foundation. He and his wife, Pam, have two daughters, Brooke and Addy, who are both UGA students.

From 1999-2001, Peter Vig was a portfolio manager concentrating on large capitalization value portfolios at Barrow, Hanley, Mewhinney & Strauss Inc. From 1997-99, he was a managing director at Tiger Management in New York, where he was responsible for the energy sector, reporting to Julian Robertson. His career in the investment industry includes positions at Montgomery Securities, where he was a partner, and at Oppenheimer & Company, where he served as a limited partner. Early in his career, while at Shearson Hammill, Vig worked under Walter Mintz and Don Cecil, the founders of Cumberland Partners, considered one of the most successful hedge funds in history and one with perhaps the greatest longevity.

Prior to joining Tiger, Vig served as chairman/CEO of Toreador Royalty Corp., a publicly traded mineral company owning oil and gas rights under 500,000 net acres in west Texas. By proactive management under Vig’s nine-year tenure, Toreador had more than twice the number of wells drilled on its acreage (primarily utilizing industry partners’ capital) than in all of its prior 50-year history. Vig has also served as senior vice president/CFO of Sabine Corp., a NYSE-listed exploration and production company.

Vig specializes in the oil and gas industry and was named several times to the Institutional Investor All America Research Team. He graduated from the Terry College with a BBA in finance. He also received his MBA from Terry.

Vig has three grown children. His son Ben works with him at RoundRock Capital, serving as executive director. Matt, a graduate of American University in Paris, lives in Venice, California, where he is a freelance film editor. Vig’s daughter, Dana, attended UGA as a psychology major and is now an independent artist living in Austin, Texas.

Blake Bruce is a senior vice president within the Global Wealth Management division of Merrill Lynch in the Atlanta/Buckhead office. His team, The Bruce Dickey Group, focuses on servicing the complete needs of high net worth individuals and wealthy families through investment management, estate planning strategy, long-term financial strategy, cash flow management, tax-effective wealth transfer strategies and philanthropy. He also is a faculty member in the firm’s Optimal Practice Model. In that capacity, he speaks to advisers in Merrill Lynch offices around the country. Since joining Merrill Lynch in 2008, Bruce continues to be recognized as one of the firm’s top advisers and is currently a member of Merrill Lynch’s Chairman’s Club and Circle of Excellence.

Prior to joining Merrill Lynch, Bruce spent five years as a financial adviser at Morgan Stanley. He is a graduate of the Terry College, where he has served as chairman of the Terry College Young Alumni Board. Bruce is active in many civic and charitable organizations and currently serves on the governing boards of the Touchdown Club of Atlanta National Football Foundation and the Delta Chapter of Sigma Chi at UGA. He was one of the founding members of the Duane M. Perdue Memorial Scholarship fund. He is also a member and an enthusiastic supporter of Leadership Ministries, an Atlanta-based organization that equips men to be faithful leaders in their marriages, families, businesses, churches and communities.

Bruce is originally from Salem, Virginia. He currently lives in Atlanta with his wife, Mary Catherine, daughters Mary Stewart and Annabelle, and their English bulldog, Storman Norman.

More information on awards criteria and the nomination process is available at www.terry.uga.edu/alumni/awards.