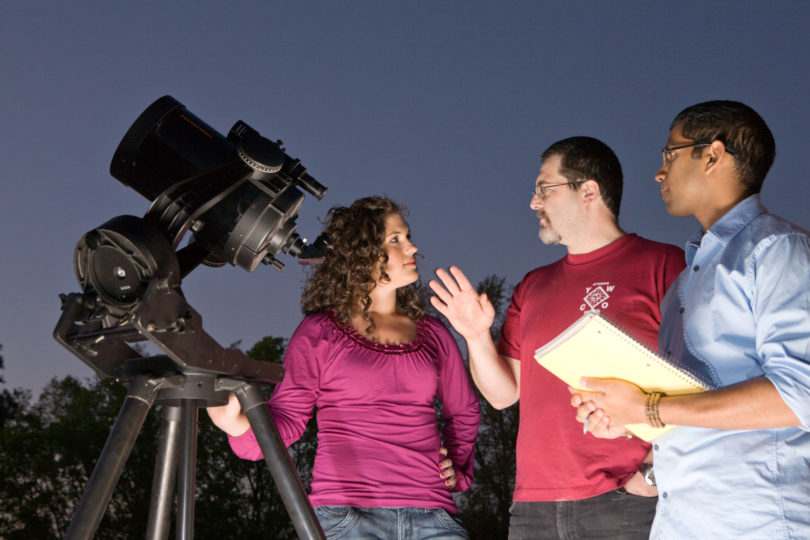 UGA will host a series of public lectures focused on scientific findings that support the formation of everything from biomolecules to the universe itself. The Origins Lecture Series, featuring six lectures by UGA faculty members, kicks off Jan. 23 at
7 p.m. in the Chapel with a presentation about the “Origin of the Universe” by Loris Magnani, a professor of astronomy in the department of physics and astronomy in the Franklin College of Arts and Sciences.

The “Origins” lectures are designed as public discussions about science for ­non-scientists.

The first lecture will focus on how Albert Einstein’s Theory of General Relativity laid the foundations for the Big Bang theory and how these ideas are used to understand the expansion of the universe.

“We will look at how some startling discoveries made in the last 20 years have been incorporated into the theory, as well as show how theories develop with time and new information,” said Magnani.

“There are so many truly fascinating questions surrounding our origins and these questions play an important role in everything from public policy to how we speak with our kids,” said Mark Farmer, professor and director of the division of biological sciences in the Franklin College and organizer of the lecture series. “Part of the job of faculty members is to engage the public and share their expertise on topics of the day in clear and plain language. This lecture series is intended to connect our scientists with the entire Athens community.”

Lectures will be followed by a reception in which audience members can engage with the speakers. A complete schedule of the Origins Lecture Series’ subjects and speakers is available at http://originslectures.uga.edu/.