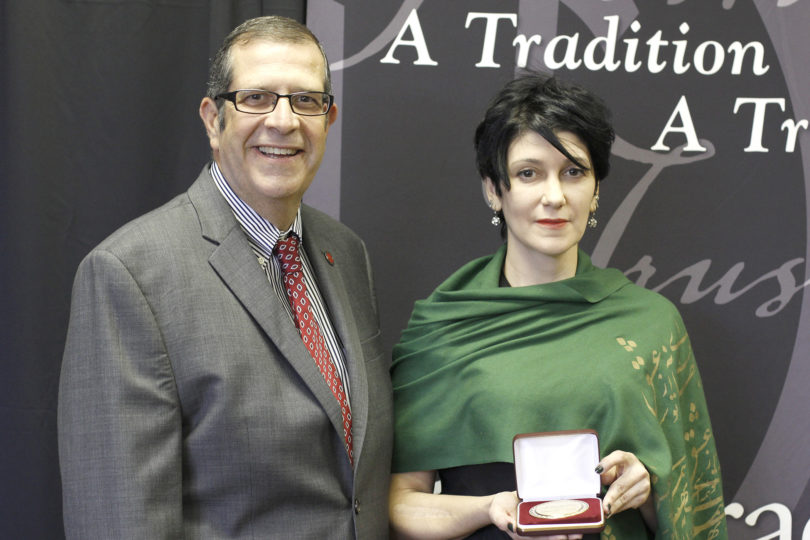 Athens, Ga. – The University of Georgia Grady College of Journalism and Mass Communication seeks nominations for its sixth annual presentation of the McGill Medal for Journalistic Courage.

Nominations can be made online by visiting http://grady.uga.edu/mg/medal or by emailing McGill Co-Chairman John Greenman at jgreenma@uga.edu.

The McGill Medal recognizes a working U.S. journalist whose career exemplifies journalistic courage. The most recent McGill Medal was awarded to Dorothy Parvaz, an Al Jazeera reporter, who was captured, jailed and interrogated for 19 days while attempting to cover the revolt in Syria. She returned to reporting upon her release.

A nominee for the McGill Medal must be a working U.S. journalist whose career exemplifies journalistic courage. Nominations should include the journalist’s name, the name of the organization where the journalist works, the nominee’s contact information and a brief description of why the journalist is being nominated.

The deadline for nominations is Dec. 20.

The McGill Medal is named for Ralph McGill, former editor of The Atlanta Constitution. McGill was regarded as the “conscience of the South” for his editorials challenging racial segregation in the 1950s and 1960s. He won the Pulitzer Prize in 1958 for “long, courageous, effective leadership.”

For 31 years, the McGill Lecture has brought significant figures in journalism to UGA to help the university honor McGill’s courage as an editor. In 2007, UGA added the McGill Symposium, bringing together students, faculty and leading journalists to consider what journalistic courage means and how reporters and editors exemplify it. In 2009, the first McGill Medal was awarded to a U.S. journalist, Jerry Mitchell, whose career has exemplified journalistic courage. Mitchell, an investigative reporter for The Clarion-Ledger in Jackson, Miss., endured death threats for bringing civil rights-era killers to justice.

More information about the McGill program at the Grady College can be found at http://www.grady.uga.edu/mcgill.