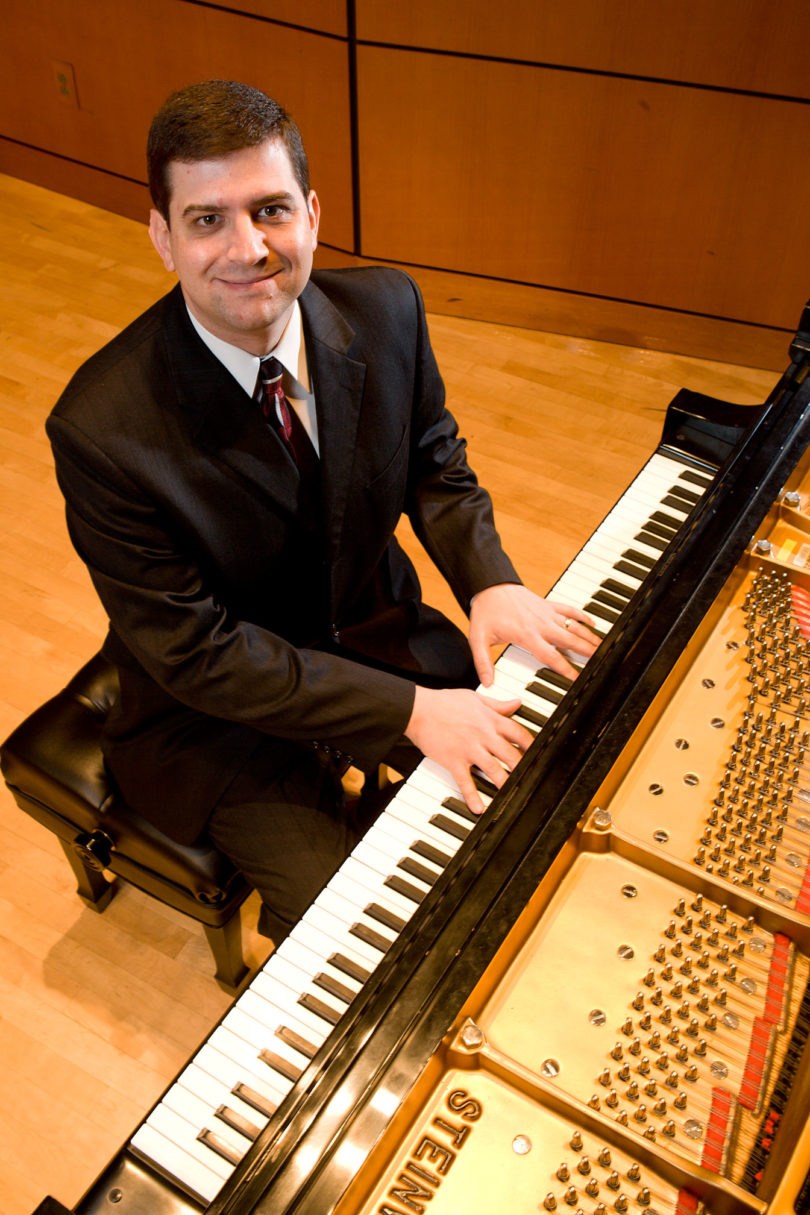 Peter Jutras is director of piano pedagogy in the Hugh Hodgson School of Music at the University of Georgia.

Athens, Ga. – Husband-and-wife duo Peter and Kristin Jutras will give a recital as part of the University of Georgia Hugh Hodgson Faculty Series on Feb. 20 at 8 p.m. in Ramsey Concert Hall. Tickets to the performance are $10, or $5 for UGA students with ID.

“We have not played a full recital in some time, and we have enjoyed putting this program together,” said Peter Jutras, director of piano pedagogy in the Hugh Hodgson School of Music. “We’ve been performing with each other since 1994.”

The program features a wide variety of music for violin and piano spanning four centuries, as well as solo works for each instrument. Featured works include a period-accurate performance of Handel’s “Sonata in A Major,” utilizing special baroque tuning and equipment; “Sonata No. 3 in D Minor,” the last of Brahms’ violin sonatas; Bartók’s “Romanian Folk Dances”; Barber’s “Excursions” for solo piano, an Americana-infused mix of blues, boogie-woogie and hoedown themes; a transcription for solo violin of “Sweet Child O’ Mine” by American hard rock band Guns N’ Roses; and Kreisler’s “Liebeslid” encore.

One particular highlight of the program is “Aria for Violin and Piano” by Kevin Puts, recipient of a 2012 Pulitzer Prize for the opera “Silent Night.”

“Kristin and I went to the Eastman School of Music with Kevin,” said Jutras. “He has been a longtime friend, and it has been wonderful putting that particularly beautiful, lyrical piece together.”

Peter Jutras, who is also editor-in-chief of Clavier Companion magazine, has published articles and research in The Journal of Research in Music Education, Keyboard Companion and Georgia Music News. He has frequently presented at international, national, state and local conferences, such as the ISME World Conference, the National Conferences of CMS, MENC and MTNA, the National Conference on Keyboard Pedagogy, and the World Piano Pedagogy Conference.

In addition to being an accomplished violinist, Kristin Jutras is director of the UGA Community Music School, an outreach program of the Hodgson School dedicated to bringing musical instruction to all members of the Athens community. She is president of the Suzuki Association of Georgia and has performed with multiple orchestras in New York City’s Carnegie Hall. She is also a past member of the Rochester Philharmonic, Fort Worth Chamber Orchestra and the Dallas Symphony Orchestra, with which she has toured Europe three times.