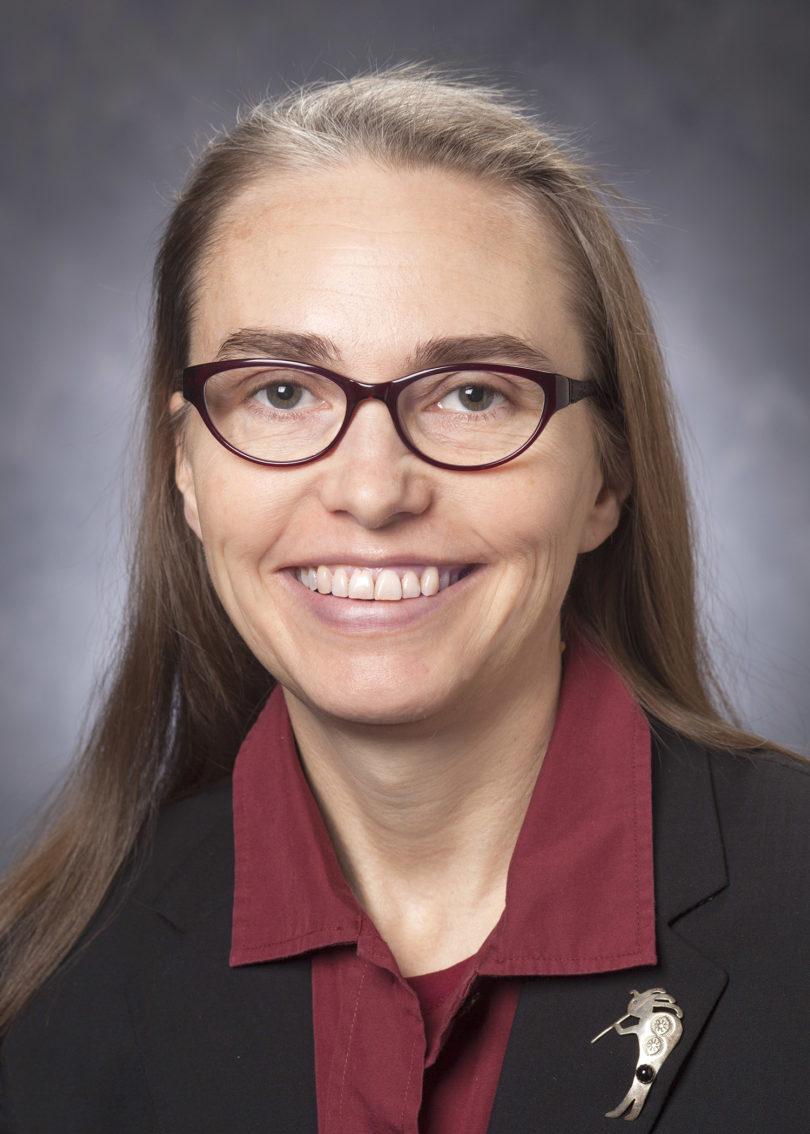 Samantha Joye, Athletic Association Professor in Arts and Sciences and professor of marine sciences, has been named UGA’s 2015 recipient of the Southeastern Conference Faculty Achievement Award.

The award, which is administered by SEC provosts, comes with a $5,000 honorarium and recognizes professors with outstanding records in teaching and scholarship who serve as role models for other faculty and students.

“Dr. Joye’s trailblazing research, commitment to students and extraordinary record of outreach make her one of the University of Georgia’s most respected faculty members,” said Pamela Whitten, senior vice president for academic affairs and provost. “These attributes also make her one of the nation’s most influential marine scientists and a worthy recipient of the SEC Faculty Achievement Award.”

Joye’s research bridges the fields of chemistry, microbiology and geology to better understand marine and coastal ecosystems. She has been studying natural seepage of oil and gas in the Gulf of Mexico for more than 15 years. Her research related to the 2010 Gulf of Mexico oil spill zone has examined the distribution of deepwater plumes of oil and gas.

A team that she leads recently was awarded a three-year, $18.8 million grant from the Gulf of Mexico Research Initiative to continue to measure the activities of the microorganisms that break down oil and gas and to assess the impacts of the spill.

She has published more than 130 peer-reviewed journal articles and book chapters, with nearly 20 more in review or under revision. In the past four years alone, she has received 11 external grants and published 29 peer-reviewed journal articles. During that period, her research productivity has placed her in the top 1 percent of all 1,063 active faculty housed in marine sciences departments nationally, as measured by Academic Analytics.

Joye has been recognized repeatedly for her research and instruction. She is the recipient of the Distinguished Service Award for Education and Outreach from the U.S. Department of the Interior and in 2014 was elected a Fellow of the American Association for the Advancement of Science.

In 2012, she was named one of the “100 Most Influential Georgians” by Georgia Trend magazine. She received UGA’s Creative Research Medal in 2007 and was named Athletic Association Professor in 2011.

She has mentored more than 40 undergraduate students, 20 doctoral students and 12 postdoctoral fellows and also serves on departmental, Franklin College of Arts and Sciences and university committees, including as an elected member of the UGA President’s Faculty Advisory Committee.

Joye regularly is called upon by the news media and national and international scientific agencies and policy groups for expert commentary. In 2010, she was interviewed, quoted or featured in more than 4,000 news stories and testified before the U.S. Congress about the Deepwater Horizon oil rig blowout. She has been an invited plenary speaker at eight Gordon Research Conferences over the last
10 years and is a current member of the Scientific Advisory Board for the Max Planck Institute for Marine Microbiology in Bremen, Germany, among many other academic engagements.

Her extensive outreach includes more than 50 events in 2014 alone, including a speech to the Council on Foreign Relations about the impacts of climate change on the oceans and serving as an invited film judge, science speaker and youth mentor at the Blue Ocean Film Festival and Ocean Conservation Summit, an event organized by marine biologist Sylvia Earle’s Mission Blue Foundation.

In 2014 Joye created the “Science at the Stadium” program, in which she and her research team educate alumni and fans, including hundreds of school-aged children, about science and oceanography before home football games.