Professor of philosophy Vicky Davion passed away Nov. 5 at the age of 57. 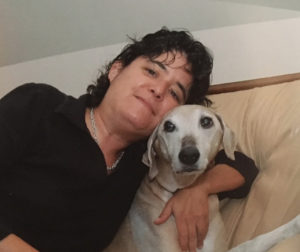 Davion was the founder and editor-in-chief of Ethics & the Environment, an interdisciplinary forum for theoretical and practical articles, discussions and book reviews in the broad area encompassed by environmental ethics.

Known for her contributions to scholarship in environmental ethics and feminist ethics, Davion’s career tracked with the broader advancement of women in philosophy.

Along with Clark Wolf, Davion was co-editor of the book The Idea of a Political Liberalism: Essays on Rawls. She contributed to many journals including Public Affairs Quarterly and the Journal of Social Philosophy.

“Vicky Davion created and maintained a welcoming home for feminist and environmental philosophy, and her own work on competition, ecofeminism, integrity, nuclear deterrence and many other topics is well known for its crystalline clarity and critical insight,” said Chris Cuomo, professor of philosophy and women’s studies at UGA who has been friends with Davion since they were in graduate school together at the University of Wisconsin. “We have lost a unique and courageous scholar and a generous and joyous friend, but Vicky’s irreplaceable spirit will continue to challenge and inspire.”

Davion is survived by her dogs, Quinn and Maggie; her brother, John C. Antush, his wife, Betty Yu; and many loving friends, colleagues and former students.

The philosophy department will host a memorial reception in celebration of Davion’s life in the historic house at the Founders Memorial Garden Dec. 8 from noon-1:30 p.m. 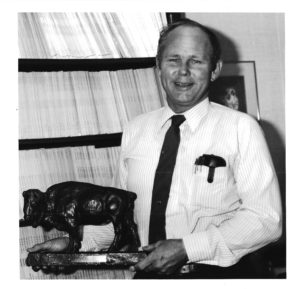 “Big Mike,” as he was affectionately known, earned an undergraduate degree from San Diego State University and a doctorate from the University of Florida. He served as director of SREL from 1973 to 1999, remaining as a professor of ecology at UGA until he retired in 2002.

Smith was recognized internationally as an expert in population genetics, ecology and radioactivity in the environment. His unique expertise evaluating the effects of radiation in the ecosystem led to his role as an adviser in response to the Chernobyl nuclear reactor accident.

He authored more than 350 scientific publications and mentored numerous graduate students who attained master’s and doctoral degrees. During his tenure, SREL became known internationally for its expertise in ecology.

Smith was a Fellow of the American Academy for the Advancement of Science and a lifetime member of the American Society of Mammalogy. He was a recipient of the society’s Buffalo Award for outstanding research contributions.

In lieu of flowers, the family has requested that donations be made to SREL.

Donations can be made at srel.uga.edu under the “Give” tab or mailed to SREL, Attn: Beth Giddens, P.O. Drawer E, Aiken, SC, 29802. Checks should be written to the UGA Foundation and indicate a gift in memory of Dr. Michael H. Smith. The funds will be used to support graduate students through the Michael H. Smith Scholarship Fund.