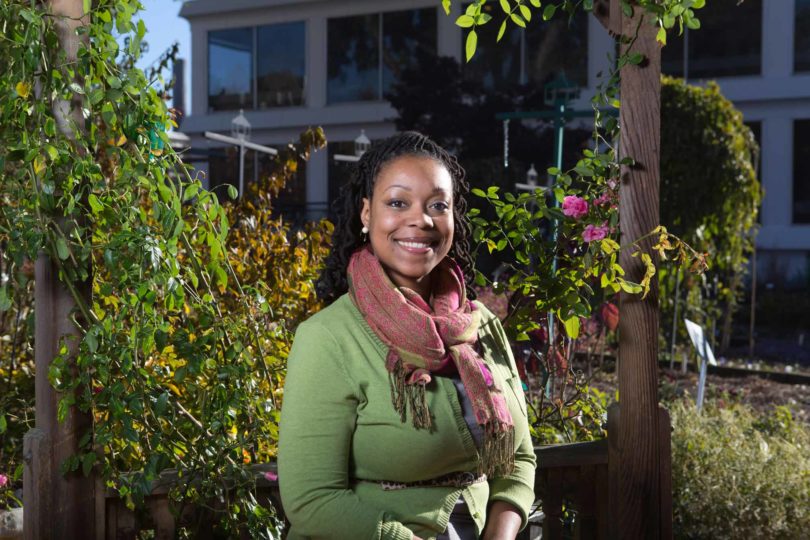 Kristi-Warren Scott is a Ph.D. student in the UGA College of Family and Consumer Sciences.

Austin, Texas – University of Georgia graduate student Kristi-Warren Scott, a native of Chicago, Illinois, has been awarded a $10,000 Farm Credit Bank of Texas Academy of Honor scholarship in honor of U.S. Sen. Saxby Chambliss, R-Ga. Chambliss was the 2014 inductee into the Academy of Honor, which recognizes individuals who have made valuable and significant contributions to agricultural credit.

Scott, a doctoral student in housing and consumer economics, is studying the impact of food deserts on U.S. Housing and Urban Development clientele. Her career goal is to conduct research at the federal level, which informs policy affecting access to quality food. She has worked in the food service supply chain, food commodities and value-added food products.

Scott is also working with the Griffin (Ga.) Housing Authority on the Personal and Household Social Mobility program where public housing residents receive financial coaching and are evaluated based on any personal or social changes that have occurred after being coached.

Scott has earned many honors and awards including being selected as the Outstanding Campus Leader for UGA’s chapter of the NAACP at the Fourth Annual Image Awards.

The Farm Credit Bank of Texas board of directors has inducted 56 people into the Academy of Honor since its creation in 1968. A scholarship bearing the inductee’s name is awarded through a college or university of the inductee’s choice to a student specializing in agriculture, finance or related studies.

A tenured legislator, Chambliss was first elected to the House of Representatives to represent Georgia’s 8th District in 1994. After four terms in the House, in which he was instrumental in drafting two farm bills and reforming federal crop insurance, he was elected to the United States Senate in 2002.

“As a politician, Sen. Chambliss has demonstrated deep concern for American farmers and ranchers through his tireless work on their behalf,” said Jimmy Dodson, Farm Credit Bank of Texas board chairman. “The Farm Credit System has been fortunate to have had such a dedicated individual looking out for our customers and shaping our agricultural policy.”