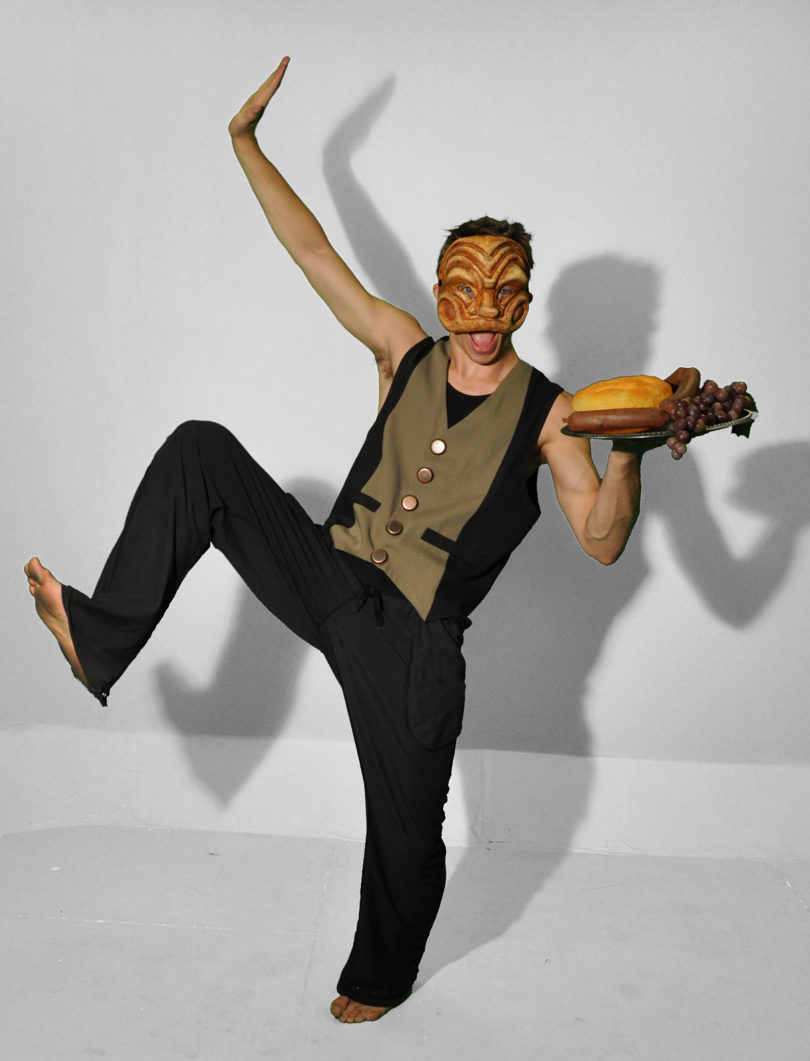 Athens, Ga. – The University of Georgia Theatre will present Carlo Goldini’s comedy classic “The Servant of Two Masters,” directed by UGA’s T. Anthony Marotta, on Oct. 7-11 and 13 at 8 p.m. with a matinee performance Oct. 13 at 2:30 p.m. in the Fine Arts Building Cellar Theatre.

Marotta, an assistant professor in the department of theatre and film studies, makes his UGA directorial debut with a contemporary take on the roots of comedy. Regarded as one of the greatest Italian plays ever written, he said, “The Servant of Two Masters” is in the style of commedia dell’arte, a popular form of street theatre that, for hundreds of years, has featured broad comic characters in masks.

“Commedia characters were living cartoons before the age of film,” said David Saltz, head of the department of theatre and film studies. “They seem incredibly familiar to us because the characters and plots are the basis for many of today’s television sitcoms.”

Recent successful productions both on Broadway and London’s West End have renewed interest in the play, which centers on the character of Truffaldino. In a never-ending search for more food to put in his belly, he takes two jobs as the servant of two masters. To complicate matters further, one of the masters disguises themselves as the other, making it nearly impossible for the servant to remember which master he is serving at the moment.

The confusion culminates when the overambitious servant attempts to serve a banquet to the guests of each of the masters simultaneously without letting either group find out about the other.

Marotta uses extensive improvisation during rehearsals and performance in conjunction with the text “to help ensure our show connects specifically to the performers and audience in front of us,” he said.

He is giving the play an additional contemporary edge by setting it in the universe of “steampunk,” a popular science fiction genre with a late 19th century aesthetic.

“Anachronism is embraced with a science fiction abandon that enables us to ask deeper questions of ourselves and our humanity. It is a good fit for commedia,” Marotta said. “We indulge in this popular fantasy, covering our eyes completely with our brass goggles and performing our craft with clock-like precision.”

“The Servant of Two Masters” was translated and adapted by playwright Jeffrey Hatcher and director and co-translator Paolo Emilio Landi.

“In addition to being trained in commedia acting techniques, Marotta is highly skilled in making commedia masks, and he’s creating all the masks for this production himself,” Saltz said. “It’s sure to be visually glorious and uproariously funny.”

Tickets are $12 for the general public and $7 for students. They can be purchased at http://www.drama.uga.edu/box-office, by phone at 706-542-4400, in person at the Performing Arts Center box office or at the door before the show.