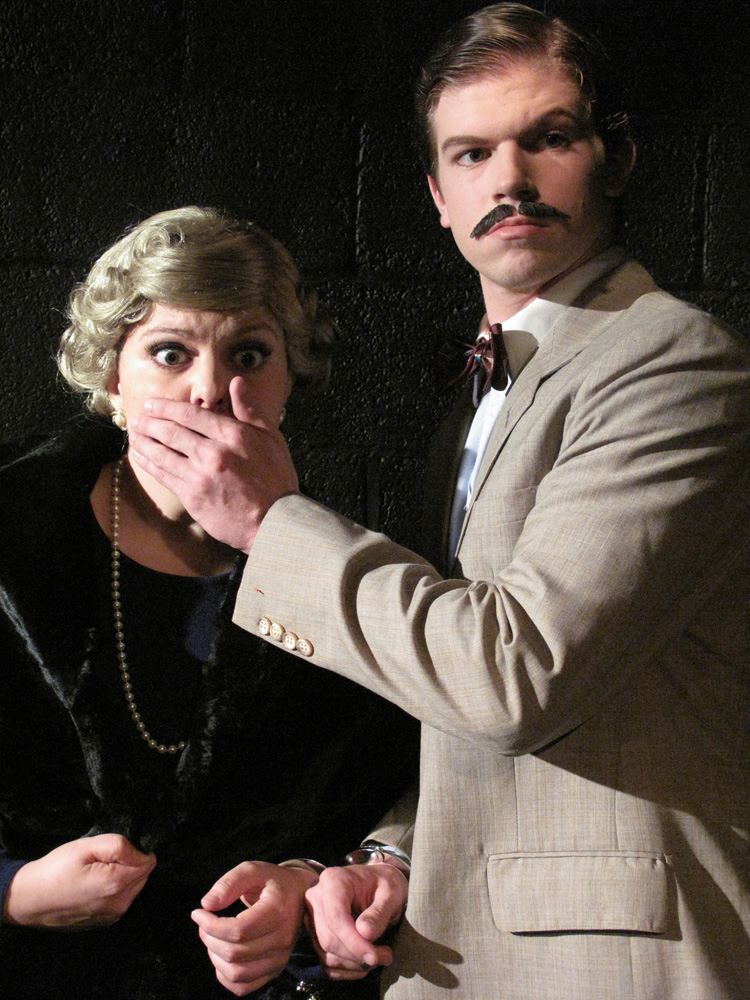 The 39 Steps is a theatrical riff on Alfred Hitchcock’s 1935 film, which was adapted from the John Muchan novel. In Patrick Barlow’s stage adaptation, four actors portray 39 characters in a shot-for-shot remake of the classic mystery thriller.

“A fast-paced whodunit that blends a Hitchcock masterpiece, a juicy spy novel and a dash of Monty Python, The 39 Steps presents what would become classic film conventions for mystery thrillers: the wrong man, mismatched lovers, the mysterious woman in black and spies in disguise,” said director George Contini, associate professor in theatre and film studies. “The 39 Steps is a great show for our particular department as it allows us the opportunity to explore how the same story is told through two very different media: film and theater. Hitchcock uses the artifice of theater as a recurring image in the film, and the play uses that as its jumping-off point in a loving homage to the film.”

“I’m especially excited about this production because The 39 Steps so brilliantly brings together both sides of our department: theatre and film studies,” said department head David Saltz.

Tickets can be purchased online at www.drama.uga.edu/events/boxoffice, by phone at 706-542-4400, in person at the Performing Arts Center box office or at the door before the show.