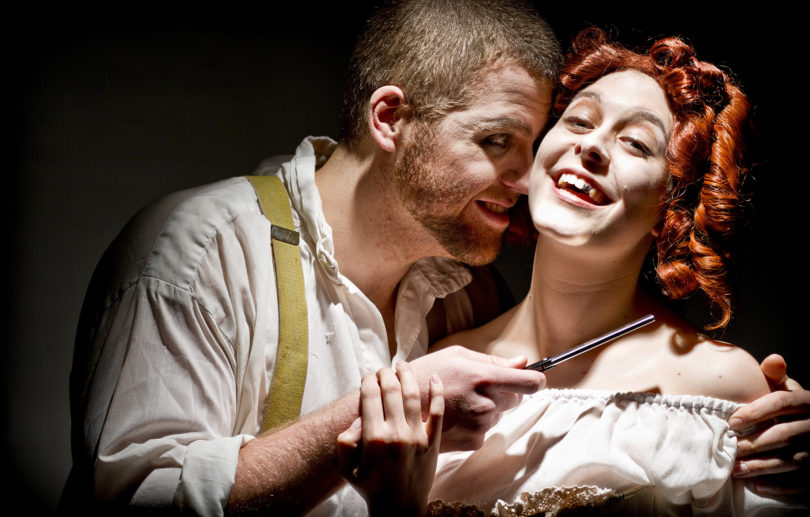 Music and murder are on the menu for University Theatre’s final production of the season: Sweeney Todd: The Demon Barber of Fleet Street

Music and murder are on the menu for University Theatre’s final production of the season: Sweeney Todd: The Demon Barber of Fleet Street, by Stephen Sondheim and Hugh Wheeler, directed by George Contini. Performances will be in the Fine Arts Theatre April 14-15, 20-23 at 8 p.m. and April 17 and 24 at 2:30 p.m.

Tickets are $16, $12 for students, and can be purchased at drama.uga.edu/box-office, by phone at 706-542-4400, or in person at the Performing Arts Center or Tate Student Center box office.

Since winning eight Tony Awards in 1979, Sweeney Todd has shocked, awed and delighted audiences. This dark and grisly comedy, set in 19th-century London, tells the story of a barber who exacts revenge on the judge and the town that unjustly exiled him by murdering his customers—and using them as the secret ingredient for meat pies created by his co-conspirator Mrs. Lovett.

The story that introduced the character of Sweeney Todd originally appeared as a penny dreadful, a type of 19th-century cheap British fiction publication with lurid and sensational subject matter. It appealed to young men looking for a quick melodramatic thrill in pre-industrial London.

Director Contini, an associate professor in the theatre and film studies department, said that the story has been captivating audiences over the past 200 years.

“We’ve all fantasized about revenge on those who have wronged us,” he said. “But Sweeney and Mrs. Lovett go the extra mile and become demonic eco-warriors urging us to ‘Eat Locals.’ ”