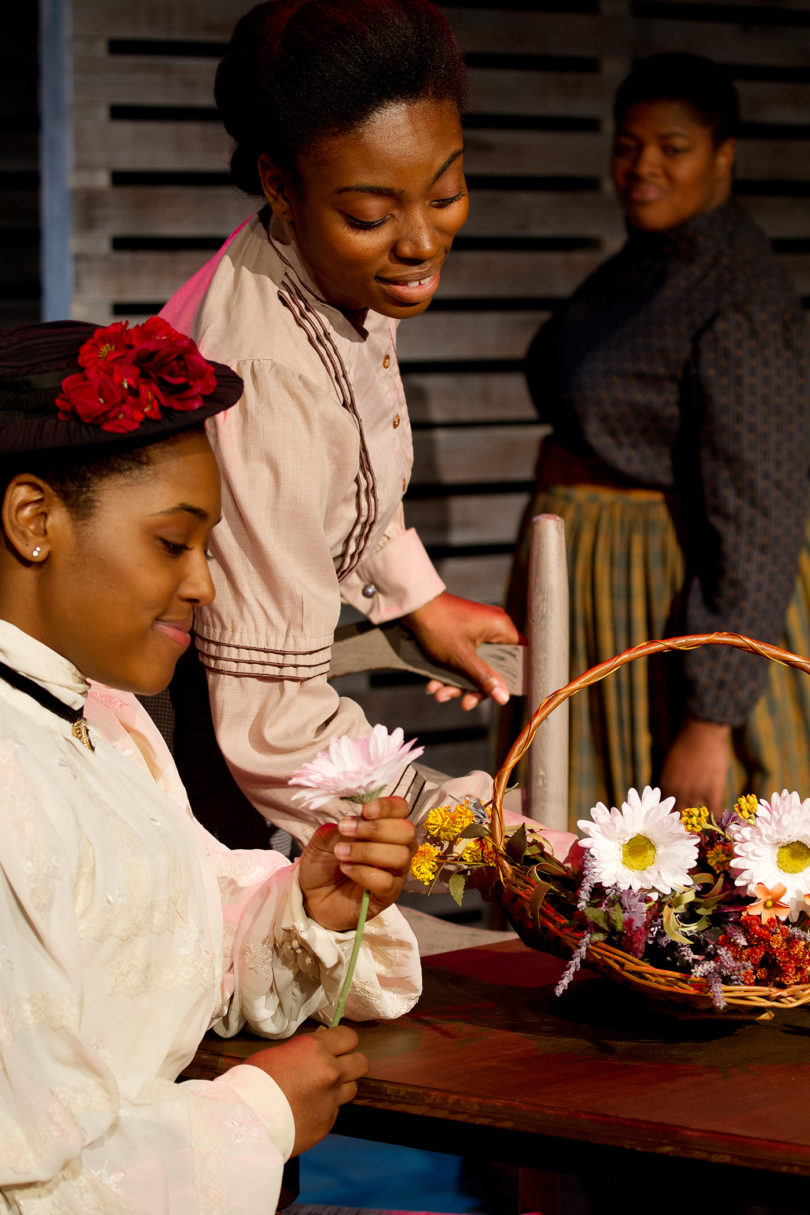 In conjunction with UGA’s observance of Black History Month, University Theatre presents the popular dramatic comedy Flyin’ West by Pearl Cleage in the Cellar Theatre Feb. 20-22, 25-28 and March 1 at 8 p.m. with a 2:30 p.m. matinee March 1.

Tickets are $16, $12 for students, and can be purchased at http://www.drama.uga.edu/box-office, by phone at 706-542-4400, in person at the Performing Arts Center or Tate Center box office or at the door before the show.

In the late 19th-century, more than 60,000 African-Americans gathered in Nashville, Tenn., to embark on a new life in the Western frontier. In an unprecedented movement that came to be known as “The Great Migration,” former slaves and free black people began an exodus out of the South and staked their futures on the promise of a piece of land in the free state of Kansas. One of the communities that these “Exodusters” would form was Nicodemus, Kan.

“Shotgun and deeds in hand—we see a woman on a mission to maintain all-black ownership of Nicodemus despite the growing advances of white land speculators,” said director Kristyl Tift.

Along the way, Sophie also has to navigate domestic violence in her family and the daily hard work of cultivating the land. She is mentored and assisted by former slave Miss Leah, played by Freda Scott Giles, a professor in the theatre and film studies department.

The play “shows the lengths to which women will go to protect their land, their family and their community,” Tift said.

This production marks Tift’s UGA directing debut. A doctoral student in theatre and performance studies, Tift boasts a bevy of off-Broadway and regional theater credits. Flyin’ West originally was commissioned and produced by the Alliance Theater Company of Atlanta.

Pearl Cleage’s 1997 novel, What Looks Like Crazy on an Ordinary Day, was an Oprah Book Club selection. The Institute of African American Studies and the theatre and film studies department will co-host a roundtable discussion of the play Feb. 28 at 12:20 p.m. The location will be announced at http://www.drama.uga.edu/.