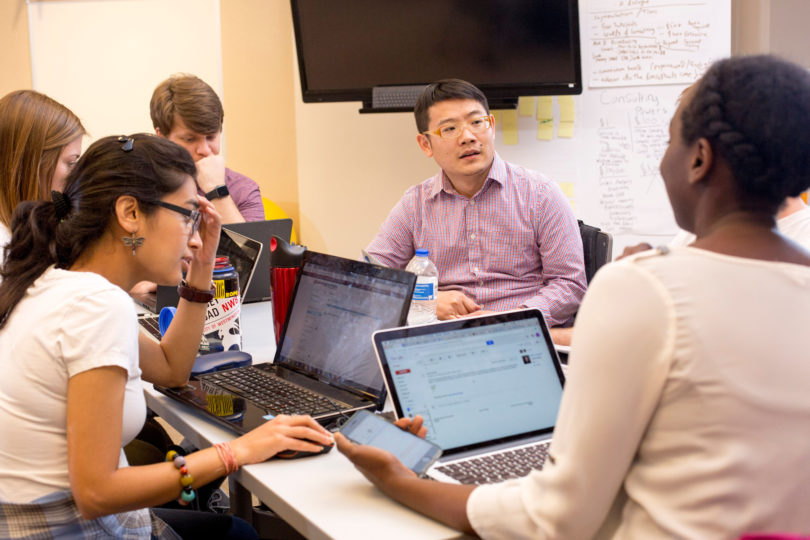 From the mountains to the coast, the University of Georgia reaches each of the state’s 159 counties through its teaching, research and service. The latest study to quantify the dollar value of these interconnected activities estimates that the university’s economic impact on the state of Georgia is now $6.3 billion per year.

“I am proud of the many ways the University of Georgia contributes to the economic development of our home state,” said President Jere W. Morehead. “As the university continues enhancing its learning environment, growing research and innovation, and strengthening partnerships with communities and industries across the state, we can expect our positive impact to expand.”

The impact of the university’s service mission was assessed by quantifying the increased productivity and job creation that results from the work of UGA Cooperative Extension agents and Public Service and Outreach units such as the Small Business Development Center.

To complement their classroom knowledge, each UGA student participates in hands-on learning through research, internships, study abroad and service. A growing number of students have enrolled in the university’s Entrepreneurship Program and have used the knowledge they’ve gained to launch businesses in fields ranging from agriculture to robotics. The fastest-growing alumni-owned businesses are recognized each year through the Bulldog 100.

In the 2017-2018 academic year, which the latest economic impact study covers, more than 10,000 students earned bachelor’s and graduate degrees from UGA. Nearly two out of three UGA alumni live and work in Georgia, where they contribute to the economies, tax bases and social fabrics of communities across the state.

Federal grants and other external funding that advance the university’s Great Commitments of healthier people, a more secure future and stronger communities have grown by more than 34 percent in the past five years. Using economic modeling software known as IMPLAN, Dorfman estimated that every dollar of each federal and out-of-state research grant garnered by the university’s researchers generates two dollars of economic activity as those funds are spent on equipment and personnel.

More than 725 products based on UGA research, including vaccines, crop varieties and software, have been introduced to the marketplace, and UGA was recently named the nation’s No. 1 university for the generation of new commercial products. University inventions have led to the formation of more than 175 companies, and programs such as the university’s Innovation Gateway and its I-CORPS program are helping to bring new companies to life.

In the past year alone, UGA Extension agents made 2.5 million contacts with individuals, families and farmers, offering expertise in areas ranging from nutrition to managing costly agricultural pests and recovering from the devastation caused by Hurricane Michael.

Students play a role in the university’s service mission as well. Last year more than 6,300 students participated in service-learning, though which they apply their classroom knowledge to community needs. Through the Archway Partnership, students have participated in capstone projects focused on fields such as tourism, aerospace and health care. Overall, UGA students complete more than 500,000 hours of service in communities each year.

“Each component of the University of Georgia’s three-part mission of teaching, research and service contributes to our $6.3 billion economic impact,” said Interim Senior Vice President for Academic Affairs and Provost Libby V. Morris. “As an institution, we continue to seek new ways to contribute to the economic and community vitality of the state we serve.”