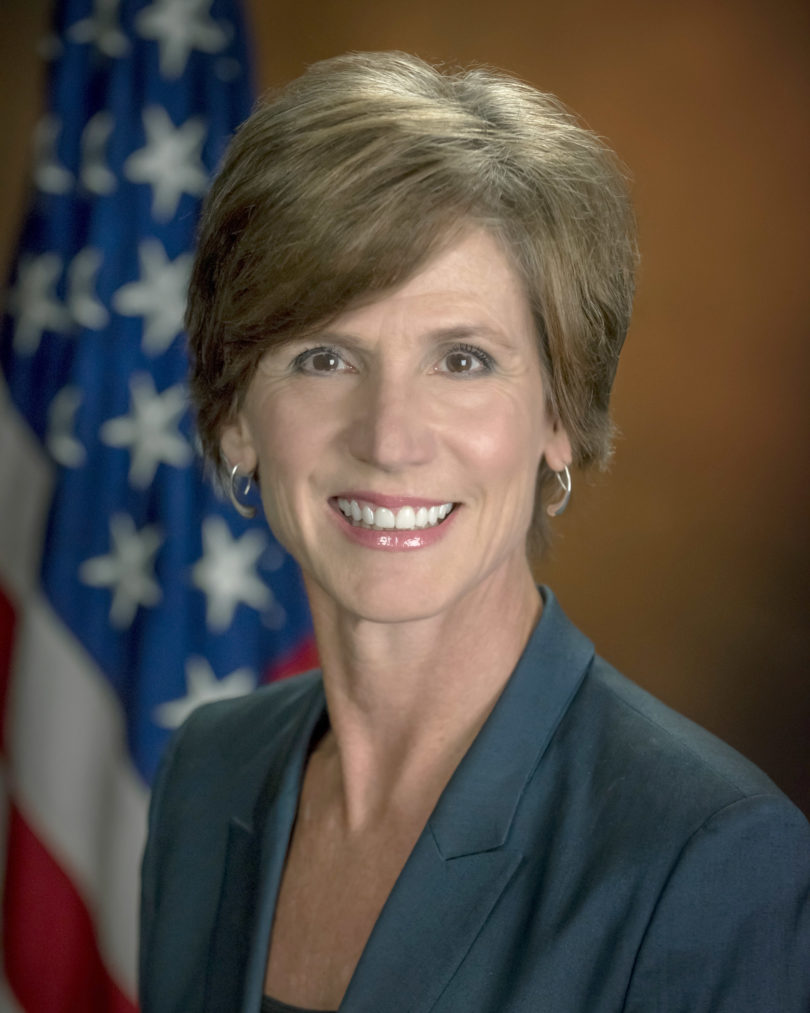 Sally Quillian Yates, U.S. deputy attorney general, will deliver the keynote address at the UGA School of Law’s Commencement to be held May 21 at 10 a.m. on the North Campus quadrangle in front of the law school.

Previously, she served as the U.S. attorney for the Northern District of Georgia from 2010 to 2015. As the chief federal law enforcement official for the district, she oversaw the prosecution of all federal crimes and the litigation of civil matters in which the government has an interest for a district with more than 6 million residents. While in this post, Yates was appointed by Attorney General Eric Holder to serve as vice chair of the Attorney General’s Advisory Committee, which represents U.S. attorneys nationwide and provides advice and counsel to the attorney general on policy, management and operational issues impacting the Department of Justice. Notably, she was the first woman to serve as a U.S. attorney in the Northern District of Georgia.

Yates has spent most of her professional career in public service and has 25 years of prosecutorial experience in the U.S. Attorney’s Office.