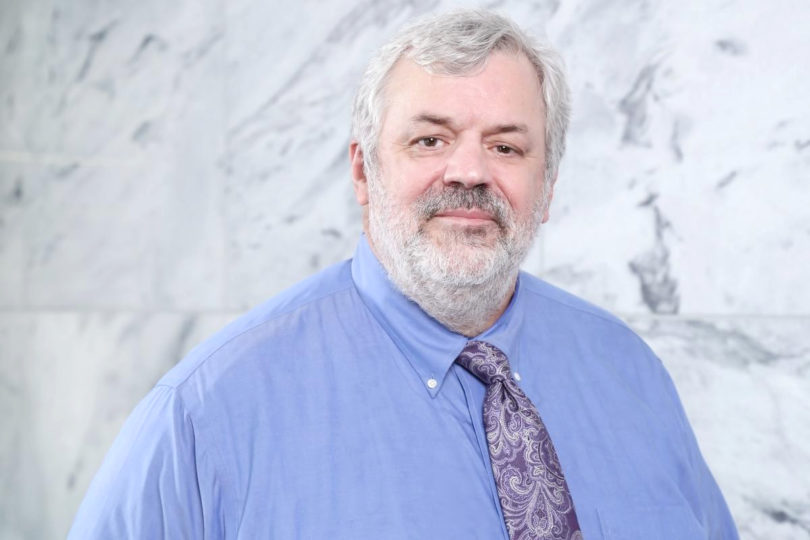 Alexander W. Scherr, a 30-plus year public service lawyer and educator, will become the inaugural director of the University of Georgia School of Law’s Veterans Legal Services Clinic. The clinic, which was announced in August 2017, will provide veterans in Georgia with legal assistance they might not otherwise have access to or be able to afford, with particular regard to denied or deferred claims before the U.S. Department of Veterans Affairs. The clinic will begin serving clients this summer.

“I am tremendously happy to have our most senior-ranking clinical faculty member leading our Veterans Legal Services Clinic,” School of Law Dean Peter B. “Bo” Rutledge said. “The work of the clinic will benefit those who have served our nation and their families. Alex is the ideal person to set up the structure and fine-tune the mission of clinic as it goes from conception to reality and begins to improve the lives of many.”

Scherr, who currently serves as the law school’s associate dean for clinical programs and experiential learning, joined the UGA law faculty in 1996 as its first director of civil clinics. Since that time, he has played an instrumental role in the school’s clinical services and public interest offerings including the establishment of six of its current experiential learning programs, not including the Veterans Legal Services Clinic.

The Veterans Legal Services Clinic is funded by a lead gift from renowned trial attorney and 1977 law school alumnus James E. “Jim” Butler Jr. in memory of his father, Lt. Cmdr. James E. Butler Sr., who was a fighter pilot in the U.S. Navy. Butler Sr. was also the grandfather of James E. “Jeb” Butler III, a 2008 graduate of the law school.

The clinic will be staffed by law students, who under Scherr’s direction will work directly with veterans and their dependents to ensure access to benefits and services, especially for those with mental or physical disabilities resulting from their time in the military.

“The students who participate in the clinic will have a tangible impact on the lives of these veterans and their families while receiving real-world training that will better equip them for their careers,” Rutledge said.