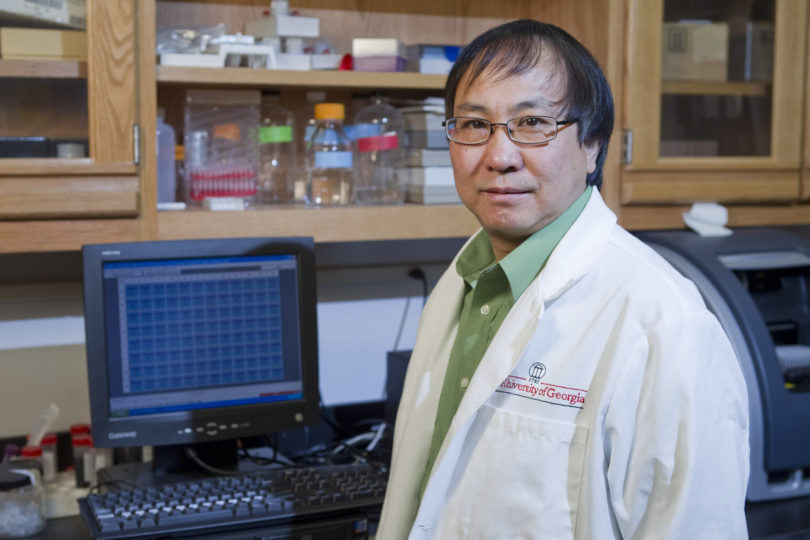 Rabies, a neurological disease that has long challenged researchers, remains fatal for those who develop it. A cure for rabies may be possible, according to a new UGA study, if virus-neutralizing antibodies can pass through the blood-brain barrier into the central nervous system, remove the rabies virus and reverse the disease process.

The study, co-authored by Zhen F. Fu, a professor and veterinary virologist in the department of pathology of the College of Veterinary Medicine, is available online and will be published in the print edition of Antiviral Research this month.

The research team used mice to test whether virus-neutralizing antibodies, administered intravenously, can cross the blood-brain barrier and remove rabies virus from the central nervous system.

The findings indicate that antibodies, when given in combination with drugs that make the blood-brain barrier more permeable, could remove the virus from the central nervous system before the disease process sets in and symptoms manifest.

A longtime rabies researcher, Fu believes this study is a big step toward a cure for rabies in humans.

“This could lead to virus-neutralizing antibody therapy for people,” he said. “It’s hard to see patients deal with this fatal disease. We hope this leads to better treatment and the eventual cure of patients with rabies.”