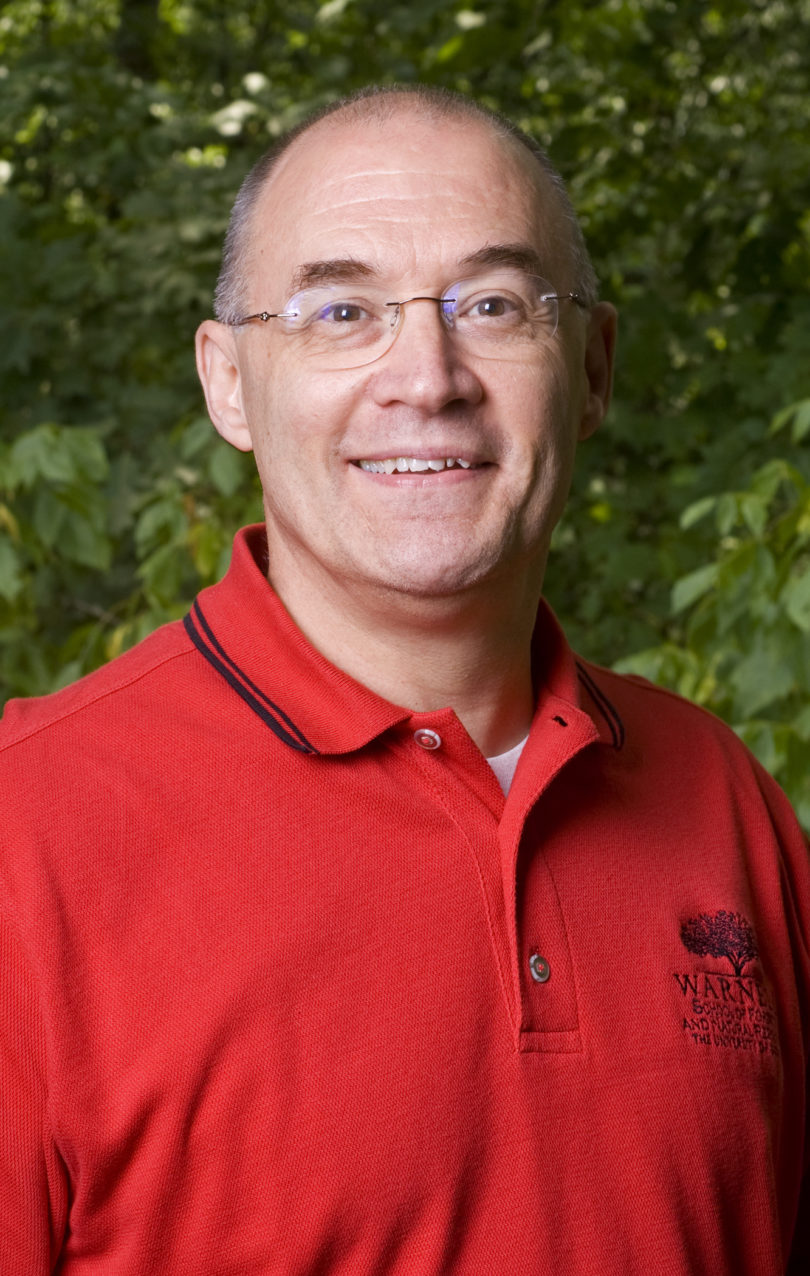 Athens, Ga. – The University of Georgia’s Robert Warren recently won The Wildlife Society’s 2014 Aldo Leopold Memorial Award, which recognizes distinguished service to wildlife conservation. Warren accepted the award, the highest one bestowed by the society, at the organization’s 21st annual conference in Pittsburgh, Pennsylvania, on Oct. 26.

Warren’s natural resources career was inevitable—the UGA professor of wildlife ecology and management often found himself outdoors growing up, and his curiosity of wildlife only grew stronger over the years. Since joining the faculty of UGA’s Warnell School of Forestry and Natural Resources in 1983, Warren has proven to be one of the college’s most popular and influential teachers, and he has been repeatedly recognized for his enthusiastic support of wildlife management and conservation over the past three decades.

This is the second major recognition Warren, a Josiah Meigs Distinguished Teaching Professor, has received from The Wildlife Society. The organization bestowed on him the Excellence in Wildlife Education Award last year in recognition of his exemplary teaching of wildlife education.

“Being selected to receive the Leopold Award from The Wildlife Society is an immensely humbling honor for me,” Warren said. “Aldo Leopold’s life, career and writings have inspired me personally for decades; therefore, receiving this award is an unbelievable professional recognition.”

The Wildlife Society chooses winners of the Aldo Leopold Memorial Award based on contributions to the wildlife field. The award was created in 1948 after the death of Leopold, a scientist and ecologist whose nature and wildlife preservation expertise led to him founding the science of wildlife management. Leopold is the author of “A Sand County Almanac,” one of the most famous books about responsible and ethical environmental management.

Winners of the award receive a bronze medal bearing Leopold’s likeness as well as a plaque and honorary membership in The Wildlife Society.

Warren has been a certified wildlife biologist since 1982, and he is heavily involved with the state, regional and national levels of the society. His research focuses on the ecology and management of wildlife populations, particularly in urban and suburban areas. He also studies predators, wildlife damage management and wildlife genetics. He and collaborators in the Warnell School also have been studying ways to minimize vehicle collisions with deer and black bears on public roadways in Georgia.

He said working as a graduate teaching assistant while completing his dissertation helped spark his love of teaching, leading to a career as a wildlife ecology and management educator.

“As an educator, I actually find the challenge of resolving conflicts, evaluating trade-offs and trying to reach a consensus or resolution to be personally and professionally rewarding. As with many things in life, there is never a single, easy, universally accepted answer to most problems; such is truly the case in the natural resources management profession.”

The Wildlife Society
The Wildlife Society is a national organization that focuses on the co-existence of humans and wildlife through proper conservation and management while supporting and advocating for scientific examination of issues surrounding wildlife. It represents and serves the professional community of scientists, managers, educators, technicians, planners and others who work actively to study, manage and conserve wildlife and habitats worldwide. For more information, see http://www.wildlife.org/.