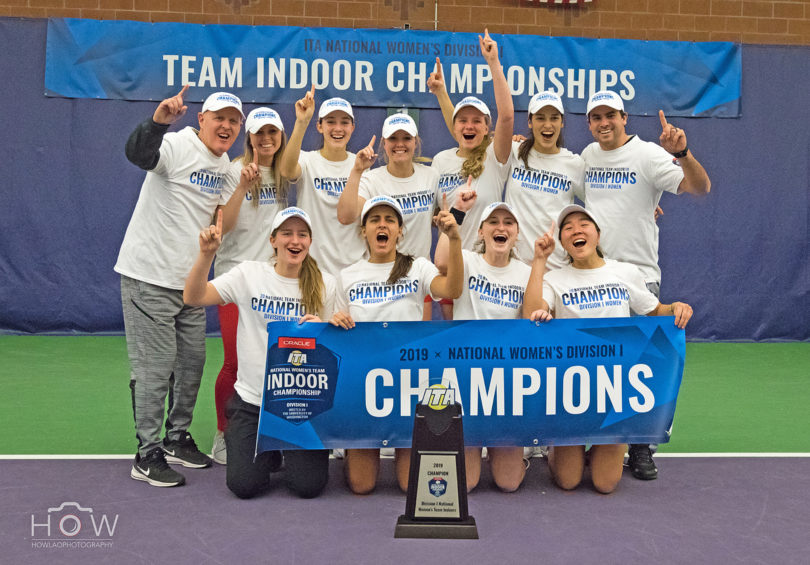 The fifth-ranked Georgia women’s tennis team defeated No. 3 North Carolina, 4-3, on the last remaining court in a third-set tiebreaker to win the 2019 ITA National Team Indoor Championship Feb. 12. The event was held in Seattle at the University of Washington’s Nordstrom Tennis Center.

The Bulldogs’ (7-0) run to the title started with a sweep in the ITA Kick-Off Weekend two weeks ago and continued over five days with victories over No. 14 NC State, No. 2 Vanderbilt, No. 1 Stanford and No. 3 North Carolina (9-1). The latter was against the defending indoor champions and redemption from the 2015 ITA Indoors final in which the Tar Heels prevailed against Georgia.

“It is exciting,” said Georgia head coach Jeff Wallace. “I’m really proud of this team, the coaches and the support staff who were here. It was a total team effort, which makes it really special. Drake (Bernstein, associate head coach) and I spent a lot of time talking to the team about the importance of supporting each other and being a true team and then to see them pull together like they have and lift each other up in tough situations and come back in these tough matches that we are able to get in close fashion—really, really says a lot.”