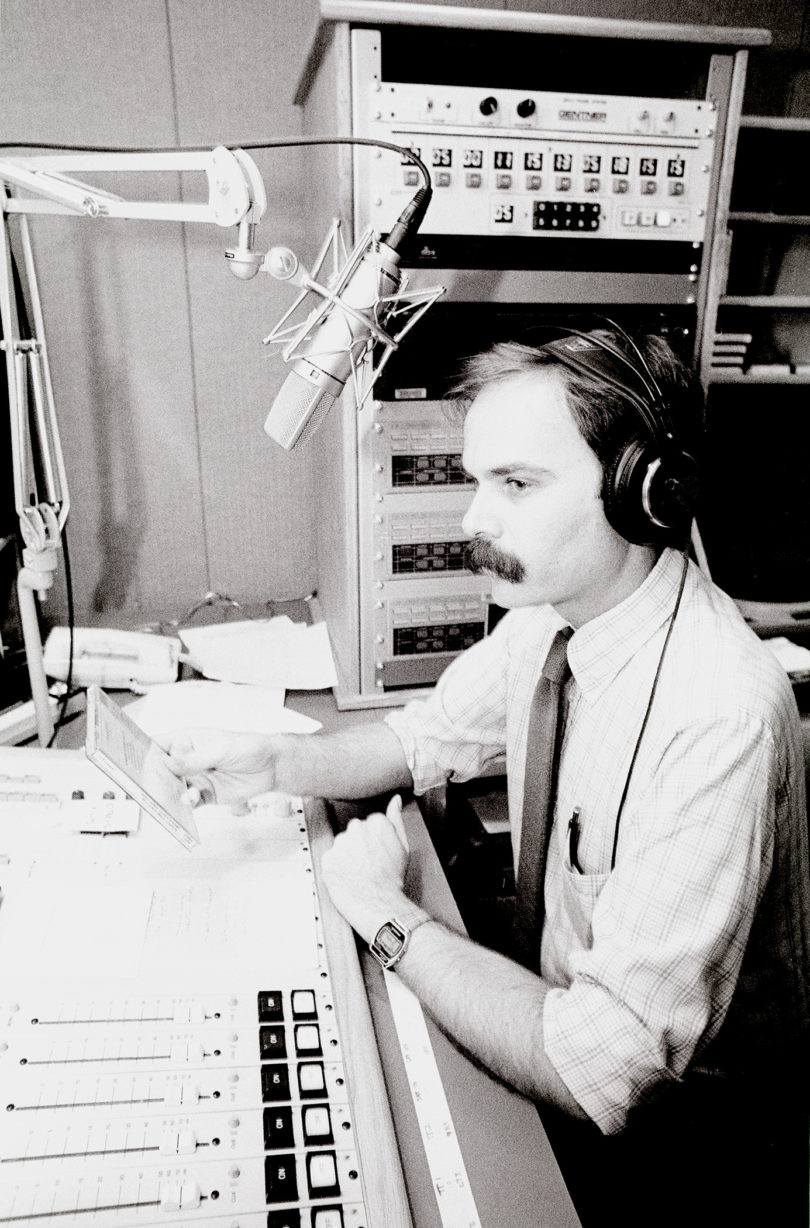 The Classic City’s own WUGA-FM first hit the airwaves 30 years ago this month, bringing with it National Public Radio’s signature blend of local programming, news and music.

A little before 6 a.m. on Aug. 28, 1987, Robb Holmes welcomed new listeners to the station with the words “This is WUGA Athens, now beginning regular broadcast.

“I got about halfway through the first sentence and realized I’d forgotten how to breathe,” joked Holmes, the station’s music director from 1986 until his retirement in 2011. His announcement was followed by a similar welcome from Edward Simpson, director of the Georgia Center, the public service and outreach unit that oversaw the radio station.

At the time, National Public Radio was a must-have for a major research institution and an important part of faculty recruitment, said Holmes. The station started with a 1984 grant from the W.K. Kellogg Foundation and a staff of two, who helped get things up and running. But things didn’t always go smoothly.

The station did on-air testing for weeks, and then the Friday before the original sign-on date, the station found out the transmitting antennae hadn’t received FCC approvals. Simpson said the station built a lot of anticipation.

“It took three years to get everything lined up,” he said. “It started it with an idea, and all kinds of crazy problems.

“It was wonderful to see it happen, and that we made it happen,” he said. “And people would probably come to the barricade with torches if you took away WUGA now.”

In fact, WUGA almost wasn’t WUGA. Originally, staffers wanted the call letters WLLL, a reference to the Georgia Center’s slogan of “life-long learning.” But because those letters were assigned to a gospel radio station in Lynchburg, Virginia, the station went with WUGA.

The station wasn’t that different than it is now. It began with Morning Edition, the middle of the day was devoted to music programs, the late afternoon broadcast All Things Considered and local news. The first day was a Friday, so the night was filled with jazz, while weeknights were devoted to classical music, Holmes said.

Technology is the biggest change at the station. Gone are the days of reel-to-reel audio and cutting tape with razor blades.

“In 1987, your announcer had to set up the recorder, tune the satellite receiver and start the tape rolling at the right time, which was tricky because it was usually at the top of the hour and they were busy doing something else,” said Holmes.

Now the station uses digital files and a digital automation system that can provide broadcast service in the evenings and overnight hours even when no staff is onsite.

The station, which operates through a partnership between UGA and Georgia Public Broadcasting, has won numerous state and national awards over the years. Centerlines, a daily 15-minute magazine of local news and events, received national awards in the ’80s and ’90s. The Commons, a daily half-hour program was twice judged best in the nation by public radio news directors around the country. Mary Kay Mitchell, WUGA’s news director from 1987 until her retirement in 2011, received more than 100 state and national awards as well as the key to Athens-Clarke County for her news coverage. Most recently, WUGA’s 2016 election night coverage received the Merit Award from the Georgia Association of Broadcasters.

Notable alumni over the years include Angela Elam, who joined the station midway through its first year. She’s currently the producer and host of the independent, nationally syndicated program, New Letters on the Air.

National radio guests Fred Child and Lisa Simeone have visited WUGA over the years. WUGA has hosted production and broadcasts of several national radio programs, including Marketplace, Mountain Stage and eTown, which recorded a sold-out concert in April at the Georgia Theatre.

The station, which in 2004 became part of UGA’s Office of Public Affairs, now Division of Marketing & Communications, also hosts Artist in Residence events and the Athens Jazz Festival in the fall.

As for the station’s legacy, Abbie Thaxton, WUGA’s traffic director and an employee since 1987, said she thinks it’s the local programming that’s really become part of the Athens culture. From shows like Pajama Time, a 1987 program airing children’s bedtime stories, to shows like Athens News Matters, she said the station tries hard to make “programs for everyone. To give them something local.”

Holmes said he’s often shocked to meet young adults who tell him, “I grew up listening to you,” but that’s he’s proud WUGA has been there, providing people with information and cultural experiences that might not otherwise have been accessible.

“I think that does make a difference in the community,” he said.