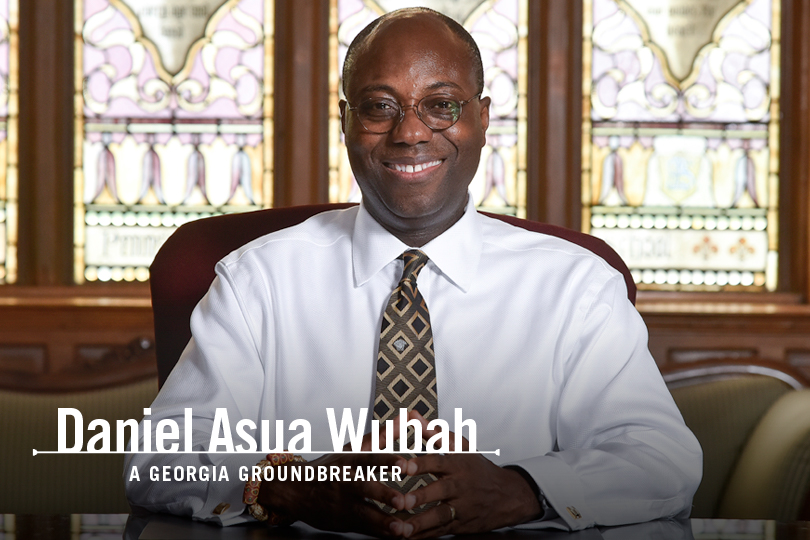 UGA alumnus serves his U.S. students and leads a tribal district in Ghana

When Daniel Wubah was an undergraduate studying in his native Ghana in 1983, he read a textbook co-authored by a University of Georgia botanist on the study of fungi – and it changed his life.

The book excited him about the field of mycology, and he knew he wanted to go to the United States to study under its co-author, Melvin Fuller. So he penned a letter to Fuller, not knowing if he’d ever hear back from an academic half a world away. Fuller not only responded but eventually brought Wubah to his lab and challenged him in ways that set him up for a successful career not only as a microbiologist, but also as a mentor and leader. 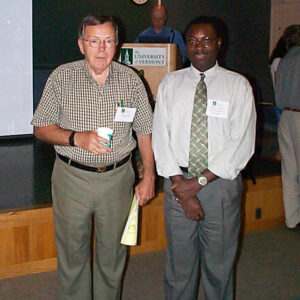 “He gave me the best education that a student could get,” Wubah said.

Wubah received his Ph.D. in botany in 1990 from UGA. Now, 30 years later, it’s Wubah who is changing lives, as both a Pennsylvania university president since 2018 and tribal king of a 140,000-person district in central Ghana, a royal title he inherited in 2017 when his uncle passed.

He oversees both the 7,780-student Millersville University and his Ghana district from Lancaster, Pennsylvania, home of Millersville, which is one of 14 universities in Pennsylvania’s state system. It makes for busy days, which only got busier as the pandemic upended higher education, forcing campuses to close and move all classes online. Luckily, his district in Ghana has been a bright spot: It’s only had a few cases of COVID-19, he said.

“They are more worried about me now than I am about them,” said Wubah, 59.

Despite the pandemic, Wubah continues to find innovative ways to serve his tribe and his campus community – and to connect the two institutions across the Atlantic.

Wubah’s parents came from royal families, setting him up for eventual tribal leadership. But a royal beginning didn’t shield him from heartache. His father, an accountant, died in a car accident when he was just 7, and his mother, a seamstress, raised him and his three siblings. 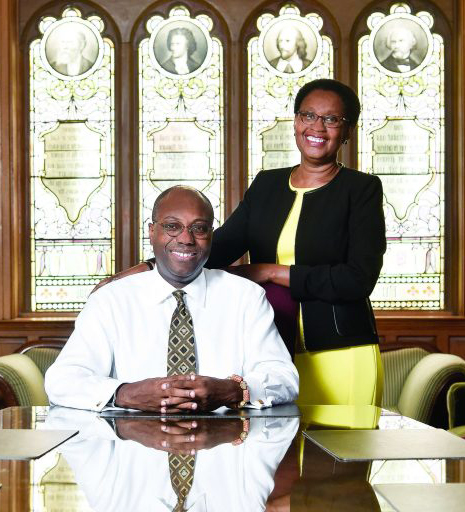 Daniel Wubah and his wife, Judith. (Courtesy of Millersville University)

“The most important value that my mom instilled in me has to do with being humble and serving,” he said. “I’m in a leadership role. But I’m a servant. I serve everyone.”

Wubah earned his undergraduate degree in microbiology from the University of Cape Coast. It was from there that he reached out to Fuller. The professor was heading off to Switzerland on sabbatical and suggested Wubah pursue his master’s elsewhere and then come to Georgia for his doctorate.

Wubah enrolled at the University of Akron in Ohio, all the while sending his grades and progress reports to the professor. Fuller made good on his promise, bringing Wubah to his lab as a doctoral student in 1986. Wubah didn’t have a place to live when he first arrived, so Fuller took him in for two weeks. It was a kindness he would always remember.

Wubah worked on cutting edge research on the role of fungi in the stomach of cows.

“He was a great student,” said Fuller, 89, now retired and living in North Carolina.  “I’m very proud of what he’s accomplished.”

From mentee to mentor

In 1997, Wubah became an assistant professor at Towson University in Maryland. That’s where he met Kumapley Lartevi, then an undergraduate who was also from Ghana. Wubah invited Lartevi to do research in his lab. Lartevi said he needed to earn money over the summer, so Wubah found funding to pay him.

“It was really a pivotal time for me,” Lartevi said. “That introduced me to a whole new set of friends, with different interests and aspirations.”

Lartevi followed Wubah to James Madison University in Virginia where Wubah was named an associate professor. Lartevi had no furniture when he moved there; Wubah invited him over and gave him a couch set, reminiscent of the support Fuller had given to Wubah.

“He has been the most impactful person on the career aspect of my life, bar none,” said Lartevi, who went on to become a family physician, now living in the Washington, D.C., area. 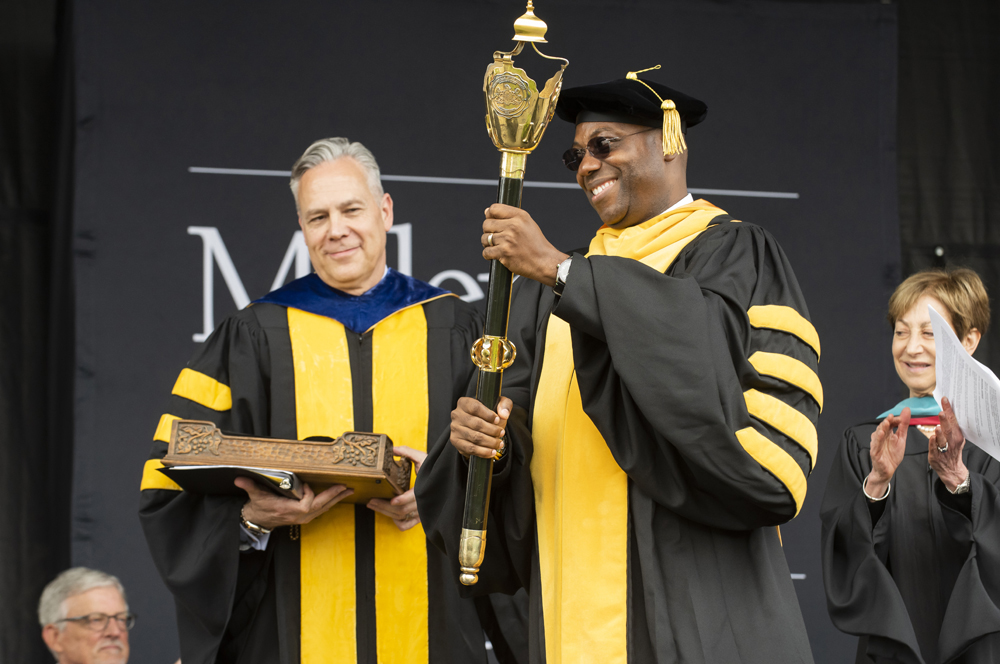 Wubah spent seven years at James Madison, distinguishing himself as a leader and working directly with then-President Linwood H. Rose as a special assistant.

“It became clear that his special talents and skills extended beyond the classroom and lab,” said Rose, now an emeritus president. “Many saw his leadership potential as a person with vision, who could articulate a plan and who possessed the will to execute the plan.”

Over the next decade, he moved through the administrative ranks, first at the University of Florida, then Virginia Tech and Washington and Lee University, where he was provost and then senior adviser to the president.

In 2017, when he was still at Washington and Lee, Wubah ascended to the throne in Ghana where he is known by his royal name, Nana Ofosu Peko III. By that time, he had spent more than half of his life in the United States and had no plans to leave. His wife, Judith, is a teratologist (someone who studies abnormalities in physical development), and he has two daughters, one a Philadelphia school teacher and the other a medical school student. 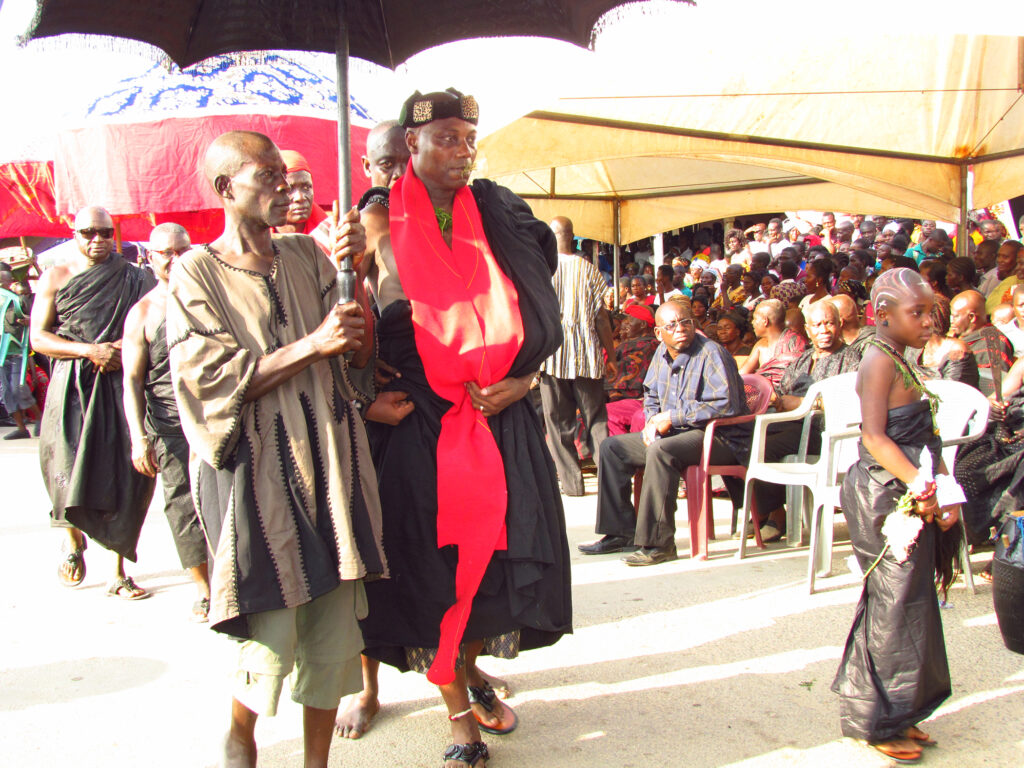 Daniel Wubah during his 2017 inauguration as a tribal king in Ghana.

Leading from afar means daily phone calls to Ghana to confer with a council of elders and at least an annual visit. Wubah was last there in October; with the pandemic, he’s not sure when he will get back. He is responsible for his district’s economic, cultural, educational and health needs. The job can be as mundane as helping to select a company to upgrade the sewage system. But he also serves as a spiritual leader.

“You are held to a higher standard than the average person,” he said. 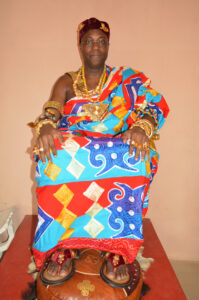 Being a king has restrictions. Wubah can’t eat or dance in public or let his bare feet touch the ground. That includes while he is serving as college president. During his inauguration at Millersville, he and two other kings from Ghana who attended ate in a private room and then joined others. In Ghana, he is accompanied by security, and people aren’t allowed to speak directly to him. They must go through a staff member. That restriction does not apply in the United States.

Wubah’s role as king also comes with the opportunity to enact positive change. In addition to co-owning an 18-bed hospital in Ghana, Wubah said he and his wife have donated equipment to the largest hospital and two health centers in their district. They have set up a foundation to help cover health costs for those in need and they have established a microfinance program to help residents start or expand their businesses.

“We are helping them to help themselves,” Wubah said.

Juggling both jobs can be a challenge. Early on in his tenure at Millersville, a land dispute between two powerful families erupted in Ghana and threatened to turn violent. He happened to be in Ghana at the time and intervened, creating a buffer zone that would belong to neither family.

The same day, he got word that someone had drawn a swastika in the men’s room of the library at Millersville. With the help of staff, he drafted a statement, condemning such hatred. 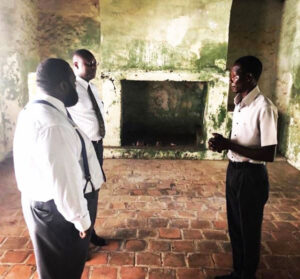 Sometimes the roles mix beautifully. He has taken local government and university leaders to Ghana, opening their eyes to another country. The trips often include a stop at Elmina Castle, which was used to hold enslaved people before they were sent to America.

“I touched chains that were used on slaves,” Pennsylvania state Rep. Jordan Harris, also a Millersville trustee and alumnus, said in a 2019 Facebook post after visiting Ghana with Wubah. “It was moving … I was overwhelmed.”

Wubah also established partnerships with universities in Ghana for student and faculty exchanges with Millersville. The exchanges were supposed to start this summer, but have been postponed because of the virus.

Such partnerships were not a new venture for Wubah, who previously ran programs for students to conduct scientific research in Ghana through the National Science Foundation. Former students have described the experience as career-altering. 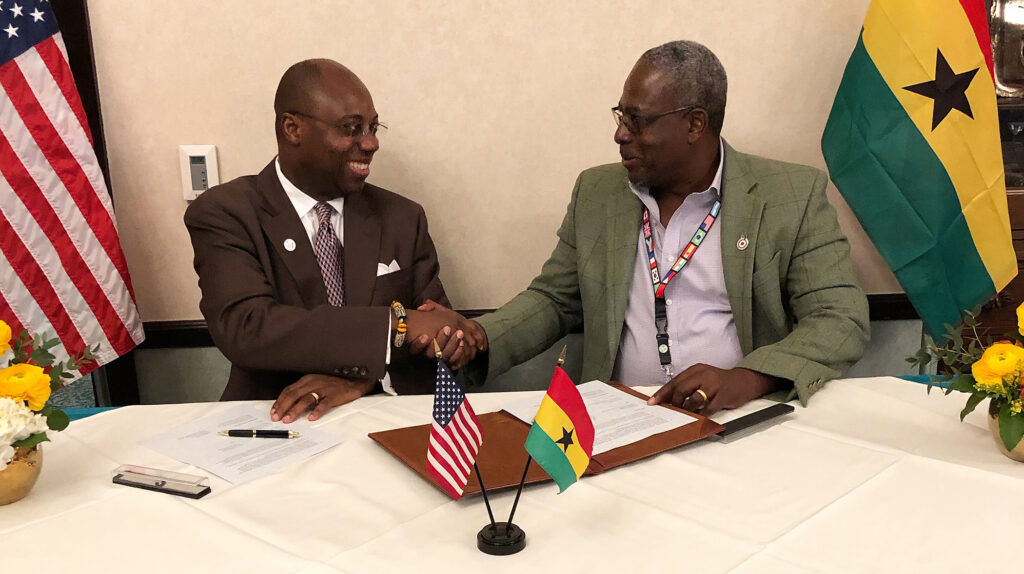 “Before my participation … I had never left the USA and was pursuing a career in health care,” said Eric Dexter, who participated with Wubah’s encouragement. “My focus quickly pivoted … to scientific research with a strong focus on international collaboration.”

Since then, he said he has taken every opportunity to study abroad and is currently doing postdoctoral work at the University of Basel in Switzerland. 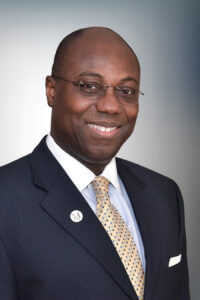 Wubah has led Millersville for a little over two years. In that time, the university has secured its two largest gifts, $3.5 million for nursing scholarships and $3 million for its business school. The school also started 10 new academic programs in partnership with local industry.

And in the wake of the pandemic, the university established a new office of Community Engagement, Government and Economic Development to help with the community’s economic recovery, a move that came as Lancaster County’s unemployment rate surpassed 20%.

Mike Warfel, chairman of Millersville’s council of trustees and vice president for government affairs at Highmark Inc., a health insurance company, described Wubah as collaborative, engaged and high energy, all qualities that have helped him lead during a major health crisis.

“To face a global pandemic like nothing we’ve ever seen in our lifetimes is a tremendous challenge,” Warfel said.  “Yet through it all, he remains positive and focused and I couldn’t be more proud of him and pleased with his performance.”