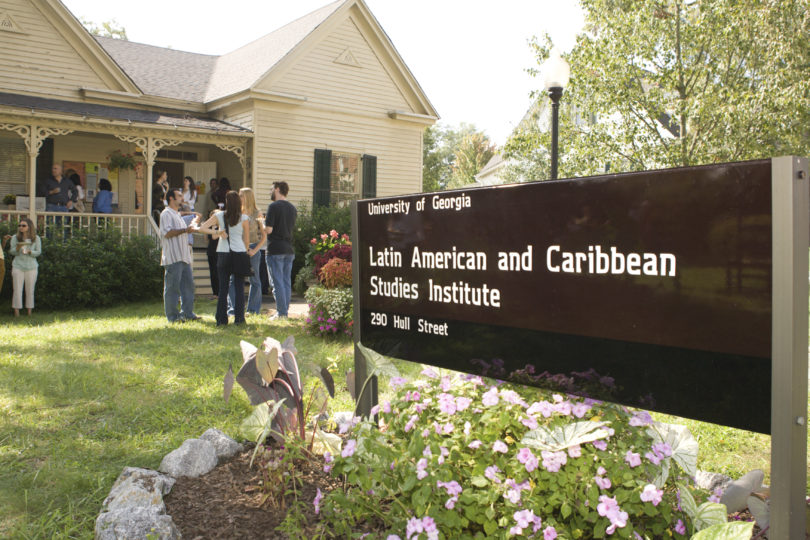 The U.S. Department of Education has awarded $1.7 million in support of the University of Georgia Latin American and Caribbean Studies Institute (LACSI) to expand research, teaching and public service in Georgia and beyond.

A unit of UGA’s Franklin College of Arts and Sciences, LACSI has more than 200 faculty affiliates spanning every college and professional school on campus, including 55 language or area studies specialists. The institute is home to the nation’s first and only Department of Defense-funded Portuguese Flagship Program, which promotes Portuguese language acquisition among undergraduate students to advance U.S. strategic interests.

The funding consists of two grants: a four-year grant that renews LACSI’s status as a National Resource Center, a designation reserved for the nation’s most esteemed area studies centers; and a Foreign Language and Area Studies grant, which goes directly to undergraduate and graduate students to provide financial support for students studying Brazilian Portuguese and Quechua, an indigenous language spoken by the Quechua peoples, primarily living in the Andes and highlands of South America. Guaraní, an indigenous language of South America, will also be added soon.

“In every college and school at UGA there are dedicated and talented faculty, staff and students that have, together, worked to make UGA a national leader in Latin American and Caribbean Studies,” said Richard Gordon, director of LACSI and principal investigator on the grants. “Over the next four years, this award will amplify the impact of their activities in research, instruction and outreach, and help UGA to expand and enhance its international collaborative relationships with our hemispheric neighbors.”

A National Resource Center since 2014, LACSI supports faculty-led initiatives in world-language and area studies education, such as public service, business and public health, as well as in professional fields.

“Georgia’s emergence as a nerve center of global cultural and economic interconnectedness owes a great deal to the state’s growing ties to Latin America and the Caribbean,” said Derek Bentley, associate director of LACSI’s National Resource Center. “The National Resource Center and Foreign Language and Area Studies programs will allow LACSI, Franklin College and UGA to better meet the needs of students, educators and citizens seeking greater engagement with this critical world region.”