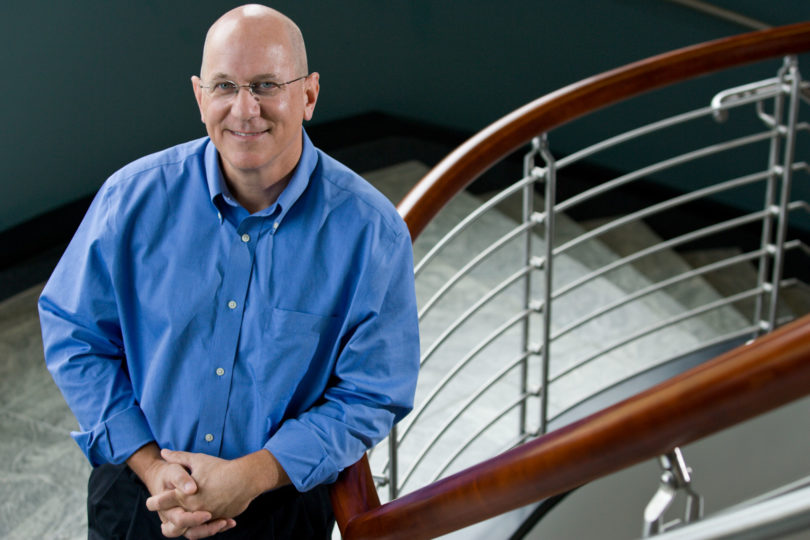 Chagas disease is the most common cause of congestive heart failure and sudden death in the world. The devastating parasitic infection affects millions of people throughout Central and South America. But as global travel increases, it’s becoming a greater threat in the U.S. and Europe as well.

Chagas, which is caused by the parasite Trypanosoma cruzi is the leading cause of death among young-to-middle-age adults in endemic areas of South America; and many people live years without symptoms while their hearts and digestive systems suffer irreparable damage.

Now, thanks in part to a five-year, $1.8 million grant from the National Institutes of Health, UGA researcher Rick Tarleton is close to developing the first vaccine for pets that will ultimately prevent the spread of disease to humans.

“One of the problems with T. cruzi is that it infects not just humans but many different animals,” said Tarleton, Distinguished Research Professor in the department of cellular biology and member of the Center for Tropical and Emerging Global Diseases. “What that means is that it will never be eradicated; you can’t kill or ­vaccinate all the animals that carry this parasite.”

T. cruzi is most often spread via a subspecies of blood-feeding insects called triatomines. These insects, commonly known as “kissing bugs” because they tend to bite people on the face and lips, feed and defecate on human skin. Triatomine feces containing the parasite are then rubbed into the bite when humans scratch the wound or when humans rub their eyes or mouth.

While kissing bugs are ultimately responsible for passing the disease on to humans, the bugs that live in people’s homes don’t normally carry the disease. The bugs become infected when they bite the family pet.

“Humans end up being incidental hosts for this parasite,” Tarleton said. “It really circulates much better and at much higher levels in a lot of other animal species.”

Tarleton’s vaccine uses a live parasite that has been genetically modified so that it is incapable of replicating inside the host.

“We have a parasite that can grow in the insect and can infect an animal, but when it goes inside a cell, it cannot replicate,” Tarleton said. “As a result, the immune system controls that infection, but you also get induction of a nice, strong immune response, which is what you need a vaccine to do.”

Successful implementation of this vaccine could improve the lives of millions of people in Central and South America, but it would also help prevent the spread of the disease here in the U.S where an estimated 300,000 people are infected with T. cruzi.