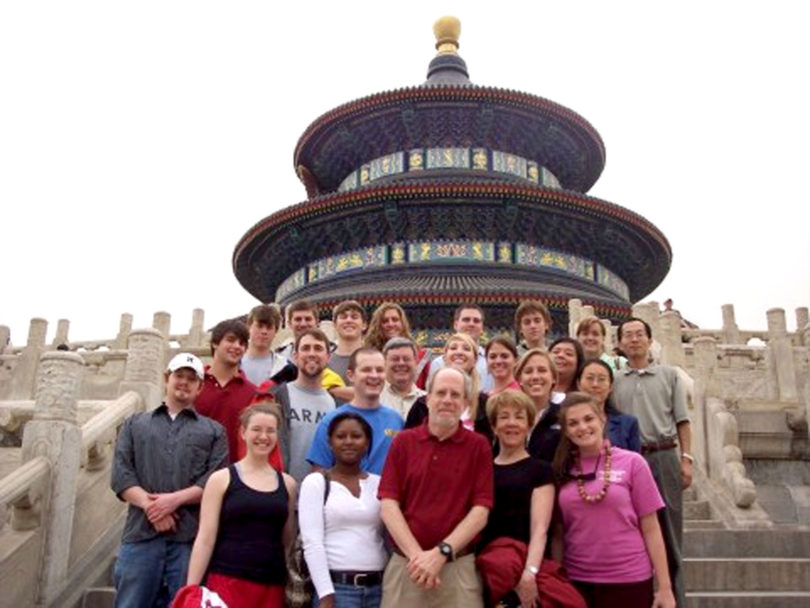 After three weeks, three cities and approximately 15,000 miles logged, 18 UGA students are back in the U.S. after participating in the university’s first undergraduate study abroad program in China.

Co-sponsored by the School of Public and International Affairs and the Carl Vinson Institute of Government, the program provided students with an opportunity to experience China’s complex society first-hand.

Students were able to study in three cities-the commercial center of Shanghai, the capital city of Beijing and the cultural center of Chengdu. In each location, students met with government officials in an effort to  understand the cultural, legal and social institutions of China and the intricacies of their government.

“Based on China’s size and growth, it is now a regional military power and a major economic force in the world,” said Bob Grafstein, UGA political scientist and China study-abroad faculty member and program director.

“What’s happening in China is world-shaking and it is important for UGA students to have first-hand knowledge of these dramatic changes.”

While there students heard lectures by Chinese faculty including Fan Wen, a member of the prestigious National Administrative Institute, which advises the national government at the highest levels.

Students also met with leading legal experts on the World Trade Organization and intellectual property rights at King and Wood, China’s largest law firm. The UGA group made history by becoming the first American students ever hosted by the Sichuan Administrative Institute in Chengdu.

Rounding out the program was a workshop with a Chinese master chef in which students learned to prepare traditional Chinese dishes.

Students from the School of Public and International Affairs, as well as the Terry College of Business and Franklin College of Arts and Sciences, participated in the program.

The program’s sophomore effort launches next May term. For more information, go to www.uga.edu/pol-sci/undergrad/china.htm.