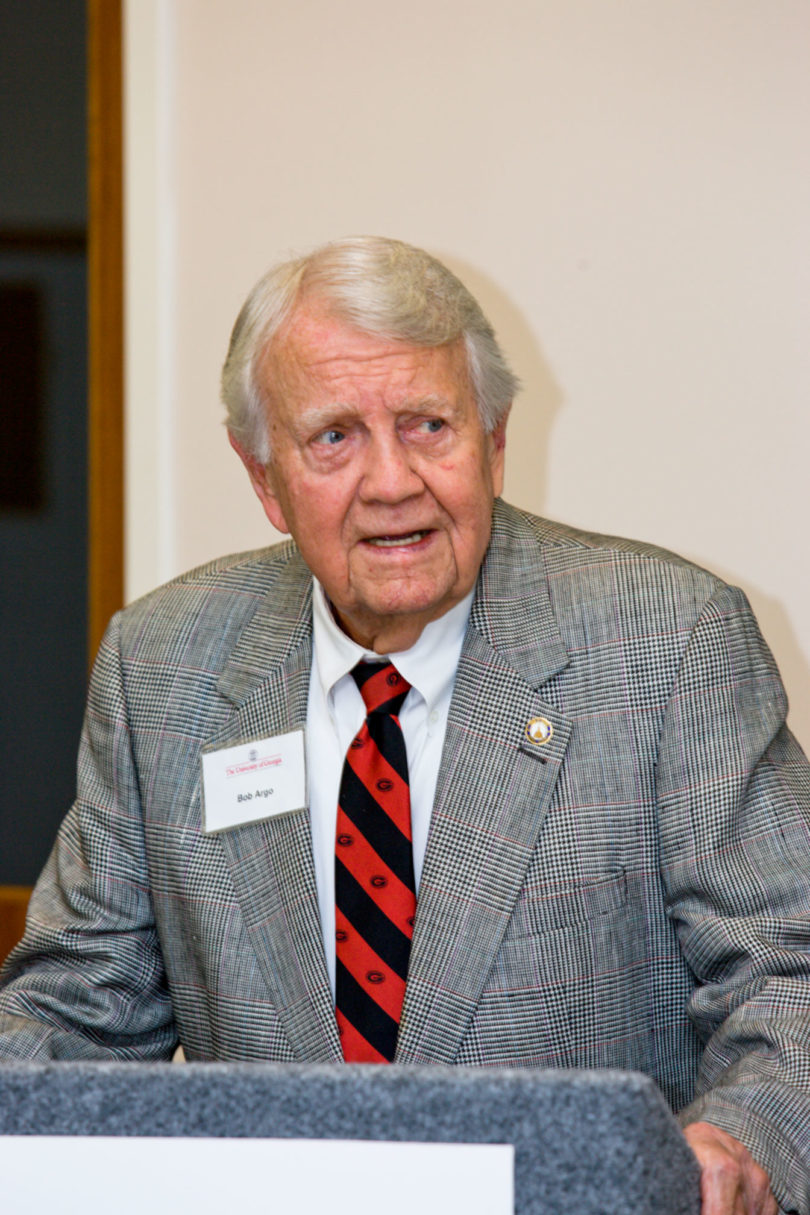 The UGA Alumni Association will present three awards to distinguished graduates and faculty at its annual Alumni Awards Luncheon on April 20 at noon in Grand Hall of the Tate Student Center.

A 70-year-old tradition, the event allows the Alumni Association to express its appreciation to and admiration for UGA graduates and faculty who have demonstrated a commitment to bettering the university.

The Alumni Merit Award, the association’s oldest honor, will be presented to Robert E. Argo, who enrolled at UGA shortly after serving in the U.S. Coast Guard during World War II. As a student, he earned numerous awards for his involvement and community leadership. Currently an emeritus trustee of the UGA Foundation, Argo also has served as president of the Alumni Association.

The Faculty Service Award, created in 1966, will be presented to William P. Flatt, the D.W. Brooks Distinguished Professor Emeritus of Foods and Nutrition. Flatt who has been at UGA since 1969, was dean and coordinator of the College of Agricultural and Environmental Sciences from 1981-1994. He also has endowed the Bill and June Flatt Professorship of Foods and Nutrition.

The Alumni Family of the Year Award will be presented to the Seiler family, who has been responsible for raising eight generations of the university’s mascot. The first Uga, a pure white English bulldog, was given as a gift to Frank “Sonny” Seiler, who earned degrees from UGA in 1956 and 1957, and his wife, Cecilia, in 1956. Uga has become an instantly recognizable icon for children and adults worldwide, starring alongside John Cusack in a Hollywood movie and being the only live mascot ever to attend the Heisman trophy awards presentation.

The Seilers have been supporters of the university through the years. Sonny and Cecilia have four children: Swann, who graduated from UGA in 1978, Charles, a 1983 alumnus, Sara and Bess. Family members are involved in community and statewide affairs and have received many honors and awards.