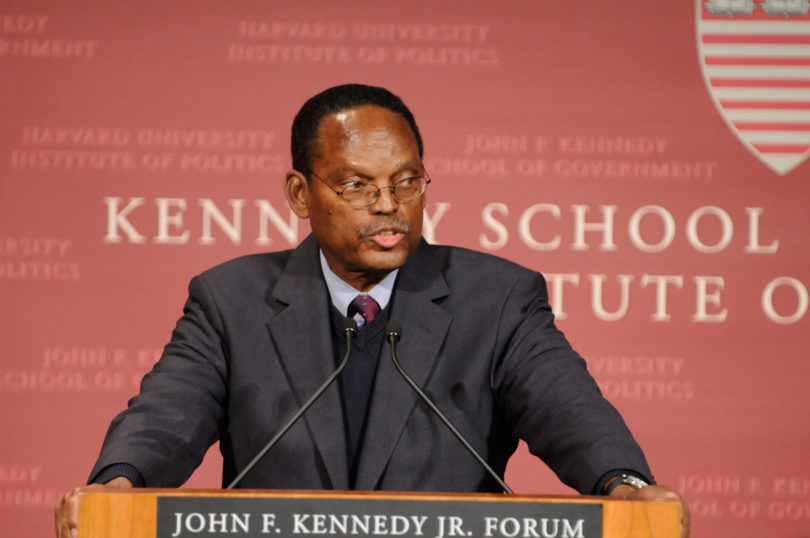 Harvard sociologist William Julius Wilson will deliver the inaugural Donald L. Hollowell Lecture on April 2 at 7 p.m. in the Mahler Auditorium of the Georgia Center for Continuing Education Conference Center and Hotel.

Wilson, the Lewis P. and Linda L. Geyser University Professor at Harvard University, will give an address, “Affirmative Opportunity in the Barack Obama Era.” A reception will precede the lecture at 6 p.m. It is free and open to the public. A live video stream of the lecture will be available at www.ctl.uga.edu/eventstream. The link will not work until the lecture begins.

“We are thrilled to have him,” said Obie Clayton Jr., the Donald L. Hollowell Distinguished Professor of Social Justice and Civil Rights Studies in the School of Social Work. “I have followed his work for more than two decades, and his research always addresses important social and economic issues affecting Americans and especially urban citizens. I know his lecture will stimulate our students and the entire university community.”

Wilson, a nationally respected authority on race and poverty, is a past president of the American Sociological Association. In 1996, he was named by Time as one of America’s 25 Most Influential People. He is the recipient of 44 honorary degrees, including honorary doctorates from Princeton, Columbia, the University of Pennsylvania, Northwestern University, Johns Hopkins University, Dartmouth College and the University of Amsterdam in the Netherlands.

He was a MacArthur Prize Fellow from 1987–1992 and is a recipient of the 1998 National Medal of Science, administered for the White House by the National Science Foundation.

He also was awarded the Talcott Parsons Prize in the Social Sciences by the American Academy of Arts and Sciences in 2003. He is the first and only non-economist to receive the Seidman Award in Political Economy. He has served on numerous national boards and ­commissions, including chair of the Board of the Center for Advanced Study in the Behavioral Sciences and of the Russell Sage Foundation.

Wilson is the author of numerous books, including The Declining Significance of Race: Blacks and Changing American Institutions; The Truly Disadvantaged: The Innercity, the Underclass, and Public Policy; When Work Disappears: The World of the New Urban Poor; The Bridge Over the Racial Divide: Rising Inequality and Coalition Politics and More than Just Race: Being Black and Poor in the Inner City.

Initiated by Clayton, the Donald L. Hollowell Lecture brings to UGA each year a national or international expert who has conducted work in the areas of civil and human rights or social and economic sustainability.

The professorship and lecture honor the civil rights attorney and lead counsel in Holmes v. Danner, the landmark case that secured admission to UGA for Hamilton Holmes and Charlayne Hunter, the first African-American students to register for classes at the university in 1961.

The lecture is co-sponsored by the School of Social Work and the Foot Soldier Project for Civil Rights Studies.