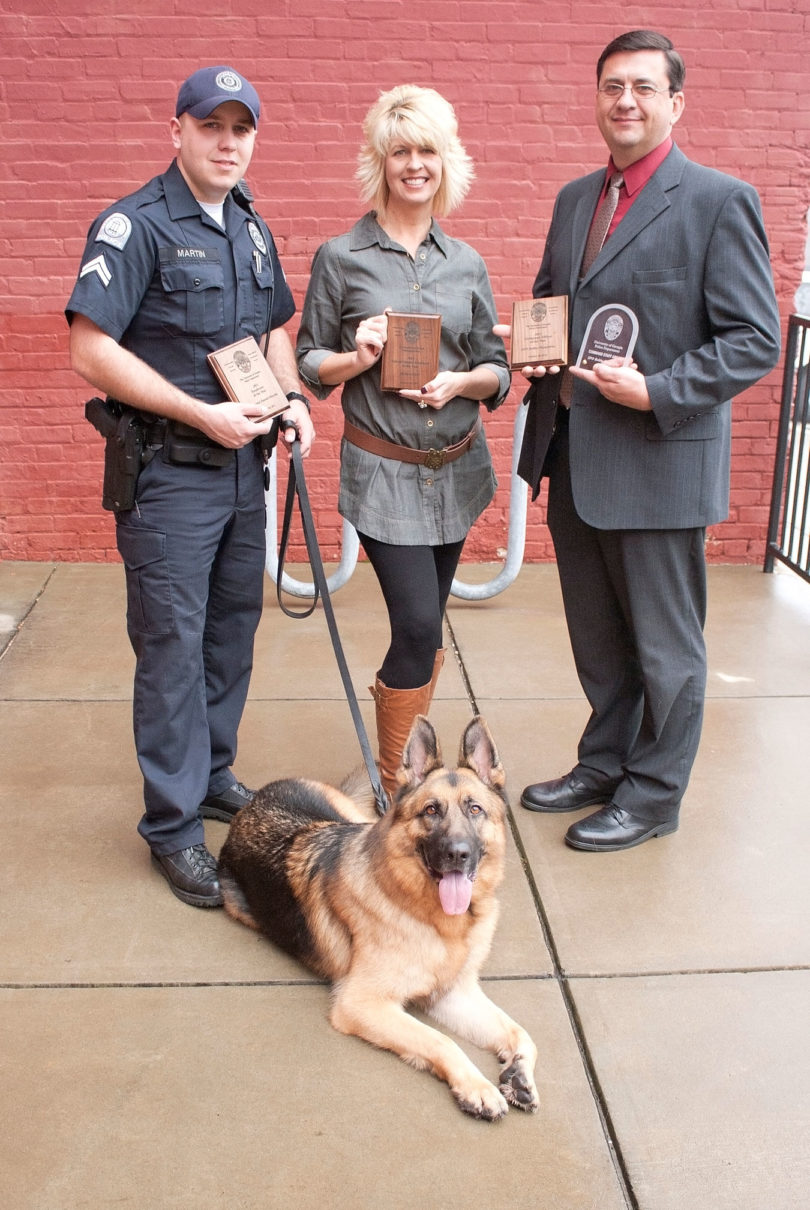 “How you work together should be applauded,” he said to the officers. “Not every organization has people who work that well together.”

The department reported a significant reduction in auto thefts: from 26 in 2010 down to eight in 2011. Overall, the number of automobile break-ins continued to decrease—and numbers are roughly half of what they were five years previous, from 131 in 2006 to 64 in 2011.

“The more we move, the more we’re seen­, the better job we do of deterring and the crime rate stays down,” said Williamson.

For its efforts, the department received 50 letters praising the actions of university officers, dispatchers, records staff and supervisors. The letters thanked the officers for their quick efforts, for being sensitive, for being courteous and professional, for responding to drivers failing to yield to pedestrians in crosswalks.

The department also got special thanks for its efforts to clean up the railroad under an Oconee Street bridge adjacent to its office. Joseph Lumpkin, Athens-Clarke County police chief, also expressed thanks for the department’s assistance after the March shooting death of an ACC police officer, as the UGA police department helped secure perimeters, helped search for the shooter and later helped cover police calls so that the entire ACC police department could attend the slain officer’s funeral.

Individual awards, voted on by members of the department, also were presented at the ceremony.

Macie Fouche was named communications officer of the year; and Melissa Byrd was named the administration/support employee of the year.

Cpl. Matthew Slayton, named plain clothes officer of the year, was praised for his undercover work with the drug task force.

SPO Bobby Humphries was recognized as uniformed officer of the year. Humphries’ award nomination said he always had a positive attitude and acted as an informal shift leader who went above and beyond in counseling newer officers.

Cpl. Daniel Martin was named ­police department employee of the year. Martin, a K-9 handler  from Madison County, was praised as being “constantly one of the most productive officers. He never boasts or speaks about it, but is always a worker that gives much effort without having to be motivated to do so.”