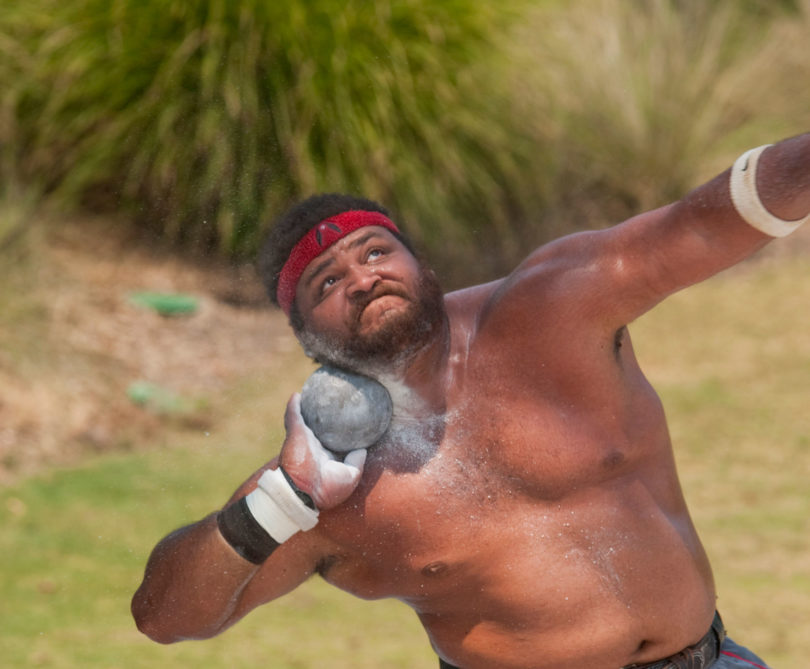 Reese Hoffa practices at the UGA track after winning the shot put competition at the U.S. Olympic Trials. He will take part in his third straight Olympic Games this summer. He is one of 28 Bulldogs heading to the games.

UGA athletes, coach among those headed to London for summer Olympics

UGA will be sending 29 Bulldogs—27 athletes, one coach and one official—to the Olympics in London July 27 through Aug. 12. Incoming, current and former athletes will compete in tennis, gymnastics, volleyball, track and field, swimming and diving and will represent 13 countries.

The UGA swimming program will have the biggest contingent at the games—13 swimmers total.

Shannon Vreeland, a rising junior from Overland Park, Kan., made the U.S. team as an alternate in the 800-meter freestyle relay.

Four former UGA swimmers also will compete for their home countries. Wendy Trott and Troy Prinsloo will represent South Africa. Aleksandra Putra, who swam for France in 2008, will represent Poland at the 2012 games. Sarah Poewe will represent Germany. It will be Poewe’s fourth appearance at the Olympics. She earned a bronze medal on the 400-meter medley relay in 2004. This will be Trott and Prinsloo’s second consecutive Olympics.

UGA’s track and field team will send 10 former or future student athletes to the Olympics to represent six countries.

Former Georgia throwers Andras Haklits and Martin Maric will both represent Croatia in the hammer throw and discus, respectively.

Brittany Rogers, who will be a freshman on the 2013 gymnastics team, earned a spot on the Canadian Olympic team. The artistic gymnastics events will take place July 28-Aug. 7.

Elizabeth Reid, a senior from Great Britain and former UGA volleyball player, was named to the British National Team that will compete in the London Olympics.

Former UGA tennis player John Isner will compete in both doubles and singles tennis for the U.S.