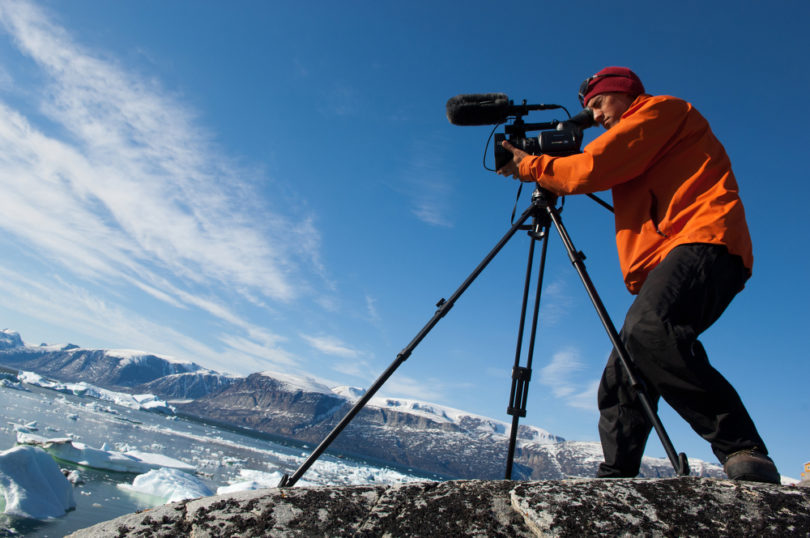 A visual chronicle of global change, “Chasing Ice” is the story of National Geographic photographer James Balog’s efforts to capture undeniable evidence of climate change across the Arctic. The 7 p.m. screening will be preceded by an opening night reception at 6 p.m. and followed by a panel discussion.

This year’s EcoFocus Film Festival runs from March 20-24 and features special events including panel discussions, receptions and hands-on activities. As in previous years, the audience will vote on the winning films. The festival will start with a free screening of “Switch,” a solutions-based and pragmatic look at energy alternatives, March 20 at 7 p.m. in Room 101 of the Miller Learning Center.

A local highlight of EcoFocus will be the Blue Carpet Premiere of the Ripple Effect Film Project, which will take place March 22 at 6 p.m. at Ciné. The Ripple Effect Film Project is sponsored by the Athens-Clarke County Water Conservation Office, which invited Athenians to submit 30-second films about water conservation. Filmmakers of all ages and levels of experience participated. After the 6 p.m. reception, the Ripple Effect films will screen at 7 p.m. and will be followed by the feature film “Last Call at the Oasis,” which documents the effects of—and suggests solutions to—the global water crisis.

The EcoKids Event will be held March 24 from 12-2 p.m. at Ciné and will include a screening of “Bag It,” a 45-minute film about reducing plastic waste. The film will be followed by crafts and activities presented by the Athens Montessori School.

Also notable are “The Human Scale,” which explores cities and how to plan them in ways that take human behavior into account; “Cafeteria Man,” about an inspired—and inspiring—New Orleans chef who sets out to change the way children eat in schools; “Dear Governor Cuomo,” which chronicles the efforts of a group of musicians, scientists and activists to convince New York Gov. Andrew Cuomo to ban hydraulic fracturing in his state; and “Trash Dance,” a collaboration between sanitation workers and choreographer Allison Orr that results in a unique dance performance.

EcoFocus is supported by the UGA Jane and Harry Willson Center for Humanities and Arts, the Odum School of Ecology and the UGA Office of Sustainability. It is made possible by the support of many individuals, organizations, foundations and sponsors from the Athens community and beyond.

For more details about the festival schedule and a complete listing of films, their times and ticket information, see www.ecofocusfilmfest.org.