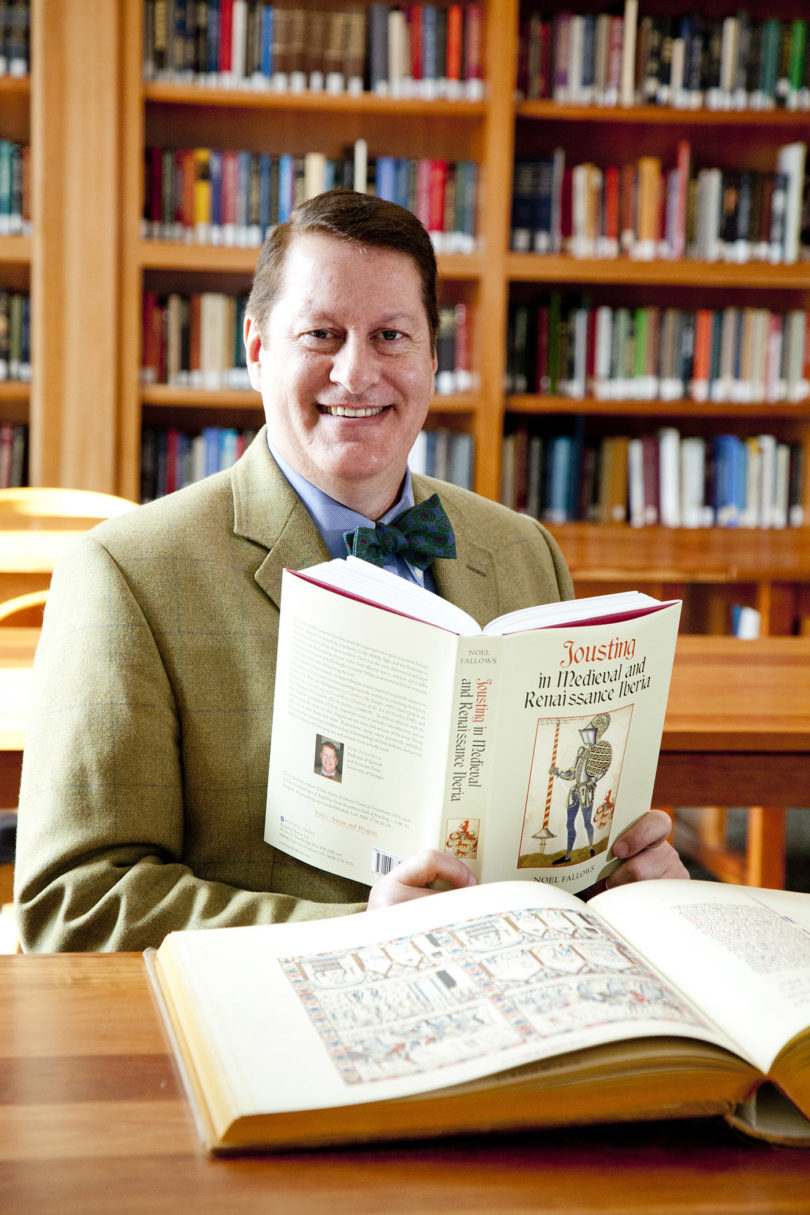 Creative Research Awards are given in the sciences, the arts and humanities and the social and behavioral sciences to recognize outstanding bodies of work that have gained broad recognition.

Noel Fallows is associate dean of international and multidisciplinary programs and the senior professor of Spanish in the Romance languages department. Literary critic, historian, translator and editor, Fallows is one of the foremost authorities in the world in the field of Medieval and Renaissance chivalric culture. His work focuses on Western Europe, with particular emphasis on the Iberian Peninsula.

He has published a large number of influential books and articles on topics as varied as jousts, tournaments, military medicine, early equine medicine, knightly cults of wounds, propaganda campaigns, psychological warfare, mounted combat and riding techniques and arms and armor.

Jeffrey Bennetzen, the Norman and Doris Giles Professor and a Georgia Research Alliance Eminent Scholar, has established an outstanding national and international reputation as a leader in plant genetics and genomics.

He was the first to isolate and sequence a plant transposable element, which is a kind of DNA sequence that can change positions within the genome to create or reverse mutations. His lab also produced the first genetic map of sorghum, an important grain and biofuel crop.

In addition, his research group was the first to identify the natures and rates of chromosome instability in plants. Bennetzen has authored or co-authored more than 180 publications in top journals.

Jerome Morris, a professor of social foundations of education in the College of Education, is one of the premier scholars of race, social class and the geography of educational opportunity. Also a research fellow with the Owens Institute for Behavioral Research, his interdisciplinary program of research addresses issues related to race and education, focusing specifically on the relationship between community, families, youth culture and schooling in the lives of African-American students.

Morris has researched black schooling in poor and urban settings in major cities, and he conducted longitudinal investigations of issues of identity, social class and achievement in middle class and predominantly black suburban contexts in metropolitan Atlanta.

Mark A. Eiteman, a professor in UGA’s College of Engineering, is the inventor of multiple technologies directed at the industrial production of important commodity and specialty chemicals using microorganisms.

These technologies include amino acids used in animal feed and nutritional supplements; a commodity chemical, which is a nontoxic, environmentally benign antifreeze and also the precursor to many chemicals and therapeutic agents; and a group of organic acids used in the production of polymers, cosmetics and pharmaceuticals.

These technologies, licensed to four multinational companies with global manufacturing and distribution capabilities, has been implemented on an industrial scale.

Robert Woods, a professor of both chemistry and biochemistry and molecular biology in the Franklin College of Arts and Sciences, is a leading expert in the fields of glycomics and computational chemistry. Also a researcher in the Complex Carbohydrate Research Center, he has worked as consultant for numerous companies interested in carbohydrate-based therapeutics, but he also is co-founder and president of his own early-stage biotechnology company, Glycosensors & Diagnostics. G&D is the developer of the patent-pending Lectenz biotechnology.