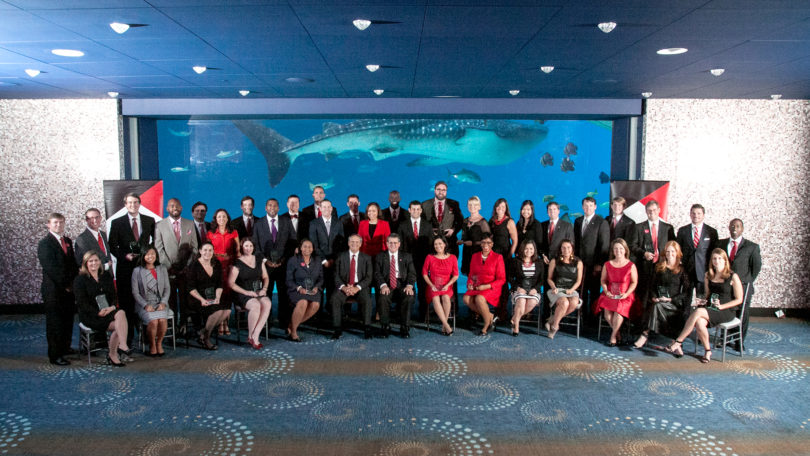 Athens, Ga. – The University of Georgia Alumni Association recently announced the 40 Under 40 Class of 2015. This program, which recognizes outstanding young alumni under the age of 40, is in its fifth year.

This year’s honorees were selected from a nomination pool of approximately 500 graduates. Selections were based on the graduates’ commitment to a lifelong relationship with UGA and their success in both personal and professional endeavors.

Nominations opened in February and remained open through mid-April. The honorees will be celebrated at the 2015 40 Under 40 Awards Luncheon Sept. 10 at the InterContinental Buckhead Atlanta.

“It’s a privilege to announce the 40 Under 40 honorees,” said Meredith Gurley Johnson, executive director of alumni relations. “The selection committee spends weeks evaluating hundreds of nominations for deserving young professionals. The final list makes me proud as I see men and women, from all backgrounds, putting their UGA education to work every day. The university really is fortunate to call them alumni.”

This year’s 40 Under 40 honorees, including their graduation year from UGA, city, title and organization are:

For more information about the 40 Under 40 program or to view previous honorees, see www.alumni.uga.edu/40u40.