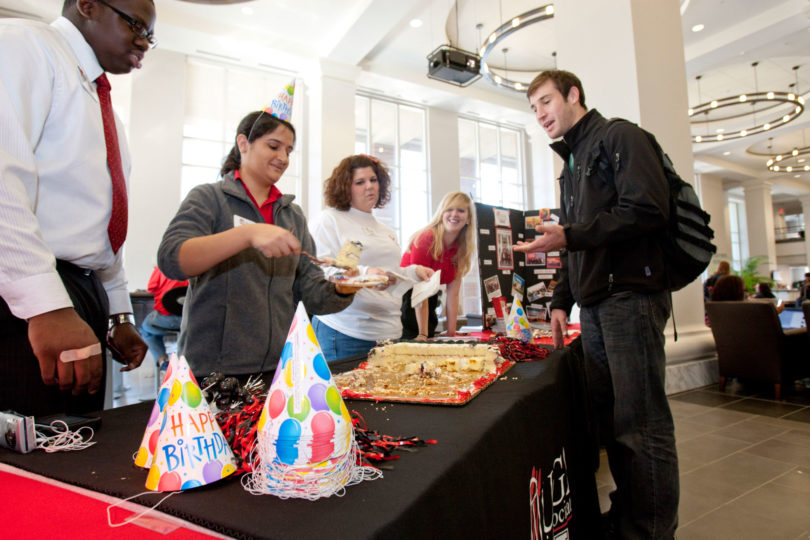 The UGA Alumni Association will celebrate the university's 230th birthday with a weeklong series of events.

UGA will observe its 230th anniversary in 2015. The UGA Alumni Association will celebrate by hosting a weeklong series of events, including the 13th annual Founders Day Lecture Jan. 26 at 1:30 p.m. in the Chapel.

“Like Abraham Baldwin, I am a Yankee who has experienced life on both sides of the Mason-Dixon Line,” Kurtz said. “On this Founders Day as we commemorate his role in the establishment of the university which has been my home for most of my life, I look forward to sharing my reflections on the journey I have taken since my arrival in the South in 1964.”

Kurtz was a Georgia Law faculty member for nearly 40 years, specializing in criminal law and family law. He served as the law school’s associate dean from 1991 to 2013 and was named the Hosch Professor of Law in 1994. Active in law school and university affairs throughout his career, Kurtz was elected by colleagues to three terms on the University Council as well as two terms on the board of the Athletic Association. Kurtz earned his bachelor’s and law degrees from Vanderbilt University and his master of laws degree from Harvard University.

The student response will be given by Carey Miller, 2012 UGA alumnus and the current law school student body president.

Jessica Pacheco, a member of the Class of 2015 pursuing a doctorate in musical arts, will provide pre-lecture entertainment on the piano, followed by an official welcome by the UGA Alumni Association and university leaders.

The Founders Day Lecture recognizes the date the university was established—Jan. 27.

On this day in 1785, the Georgia General Assembly adopted a charter establishing UGA as the nation’s first state-chartered institution of higher education.

The lecture is sponsored by the UGA Alumni Association and the Emeriti Scholars, a group of retired faculty members known for their teaching abilities who continue to be involved in the university’s academic life through part-time teaching, research and service assignments.

In conjunction with the lecture, the UGA Alumni Association will host an invite-only luncheon Jan. 26 during which the President’s Medal will be presented to Gary Bertsch, founding director of the Center for International Trade and Security, a UGA-based program conducting international research, teaching and outreach to promote economic prosperity, international peace and security.

As part of the anniversary observance, the UGA Student Alumni Association will sponsor the following free events for students:

• Jan. 29: Birthday cupcakes will be in UGA dining halls during lunch and dinner.

Meredith Gurley Johnson, executive director of the Alumni Association, said, “It is an honor to be the first state-chartered university in the country. I encourage the students, university and Athens communities to join us in celebrating our history during Founders Week.”