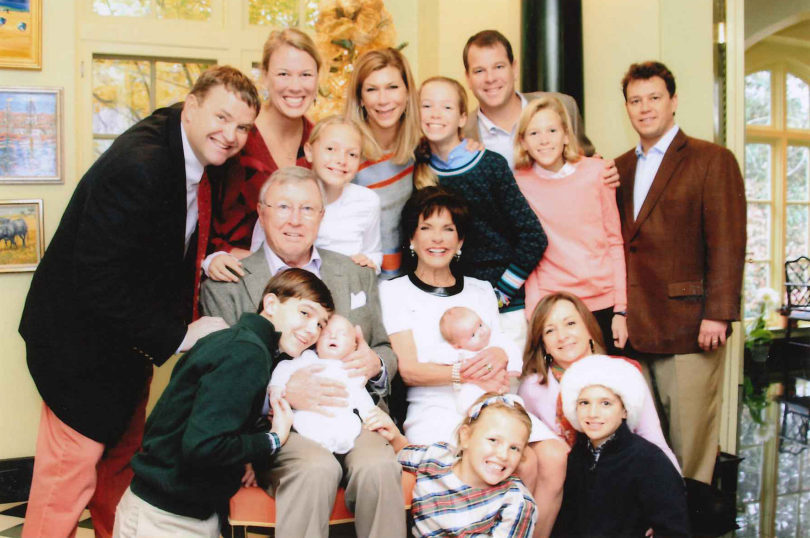 The University of Georgia Alumni Association will celebrate alumni, friends and faculty during its 80th annual Alumni Awards Luncheon April 21 at noon in the Tate Student Center Grand Hall.

“Our call to action for UGA alumni is to connect, hire and give, and these award recipients exemplify what it looks like to heed that call,”said Meredith Gurley Johnson, executive director of the UGA Alumni Association. “They have identified ways in which they can promote student success and provide financial and volunteer support for the great things happening on campus.”

This year’s honoree awards include the:

Amos graduated with her Juris Doctor degree from the UGA School of Law in 1982. After working in private practice for three years, she joined Aflac in 1985, where she went on to become the company’s first female executive vice president.

As chairman and CEO of Synovus, ­Stelling leads a talented team of commercial, retail, corporate and financial management services professionals in building long-term relationships. He began his career with ­Synovus in 2006 when the company purchased Riverside Bancshares Inc. and merged it with Bank of North Georgia. He graduated from the Terry College of Business with a bachelor’s degree in finance in 1978.

• 2017 Family of the Year Award. The family of Gayle and Jimmy Alston will receive the Family of Year Award, which is presented to a family who demonstrates a history of loyalty to UGA. They bring recognition and honor back to UGA through outstanding leadership and service to the university and the community at large. Gayle and Jimmy met as freshmen at UGA, where she graduated in 1965 with a bachelor’s degree in English and he graduated in 1966 with a bachelor’s degree in advertising.

Following in the footsteps of his father Philip, Jimmy served a term on the board of the UGA Foundation where he chaired the Foundation Fellows Committee. The family’s John N. Goddard Foundation also established the first UGA School of Law fellow scholarship in 2016, the Philip H. Alston Jr. Distinguished Law Fellows, which is modeled after the university’s prestigious Foundation Fellows program for undergraduates.

Johnson is Regents’ Professor of International Affairs at UGA and a Meigs Distinguished Teaching Professor. He is the author of over 200 articles, along with more than 30 books on U.S. national security.

Miller anonymously contributed more than $33 million to the UGA Foundation throughout her lifetime and granted permission for the university to share her name only after her death.

• 2017 Young Alumni Award. The Young Alumni Award will be presented to AJ Green. A native of Summerville, South Carolina, where he attended Summerville High School, Green hosts football camps for youth in the area. In 2011, Green was drafted by the NFL’s Cincinnati Bengals where he is a wide receiver.