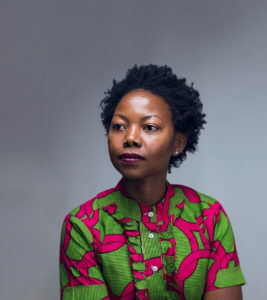 Author NoViolet Bulawayo will visit UGA on April 15 to give the department of comparative literature’s Betty Jean Craige Lecture.

Bulawayo’s talk on “The Immigrant Experience in America,” which is also part of the Global Georgia Initiative of the Willson Center for Humanities and Arts, takes place at 4 p.m. in the Chapel.

Bulawayo grew up in Zimbabwe, attended college in the U.S. and is now a Jones Lecturer in Fiction at Stanford University. Her 2013 debut novel We Need New Names was shortlisted for the Man Booker Prize, an annual award for the best novel written in English and published in the United Kingdom. Among many other honors, We Need New Names also won the Pen/Hemingway Award for a debut novel and was named a New York Times notable book of 2013.

The novel tells the story of a girl’s childhood split between a Zimbabwean shantytown and suburban Detroit and captures both the young heroine’s experiences amid the instability of her homeland and the unease of her assimilation to her new country.

“I have been teaching We Need New Names for several years now, and I never tire of doing so,” said Peter O’Neill, an associate professor of comparative literature and chair of the department’s annual lectures, conferences and events committee. “Nor do my students. In class evaluations, it is ranked consistently as the favorite book of the semester by many of them. Since comparative literature is home to African languages and literatures, Ms. Bulawayo is the ideal guest speaker for our department’s annual Betty Jean Craige Lecture.”

The Global Georgia Initiative presents global problems in local context by addressing pressing contemporary questions, including the economy, society and the environment, with a focus on how the arts and humanities can intervene. The series is made possible by the support of private individuals and the Willson Center Board of Friends.