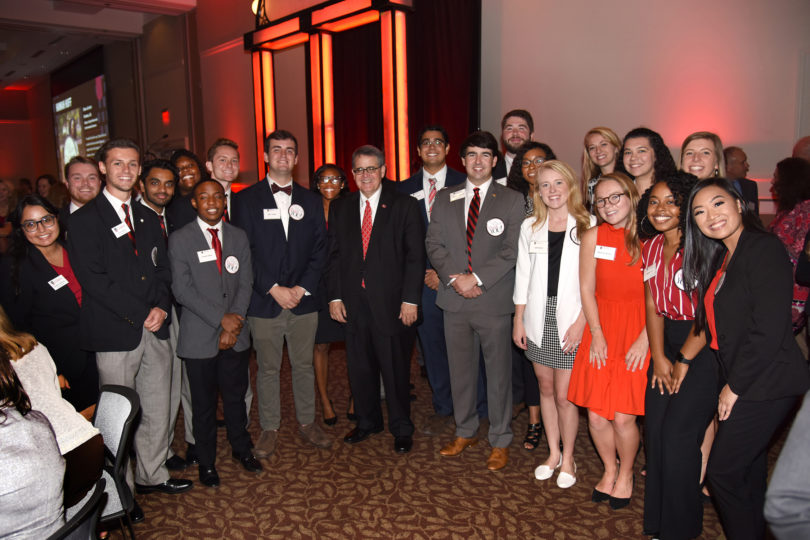 The annual Presidents Club Reception was held on Oct. 11 in the Tate Student Center Grand Hall, recognizing the FY19 members of this UGA giving society. Donors in the Presidents Club collectively contributed over $113 million to the Commit to Georgia campaign in FY19. The event brought together more than 900 Presidents Club members.

“As we near the end of this record-breaking campaign, I credit so much of our success to our loyal Presidents Club members,” said President Jere W. Morehead. “Their commitment to the University of Georgia is inspiring, and their generous contributions will benefit this great institution and our outstanding students for generations.”

Established in 1973, the Presidents Club, whose members give $1,500 or more in a fiscal year, comprises alumni and friends whose support makes an immediate impact at UGA.

“We’ve achieved so much during this campaign, and it’s because donors like these kept asking us, ‘What more can I do? How can I help one more student?’ ” said Vice President for Development and Alumni Relations Kelly Kerner. “Their dedication to advancing UGA is beyond commendable. With supporters like these, our success will extend far beyond this campaign.”