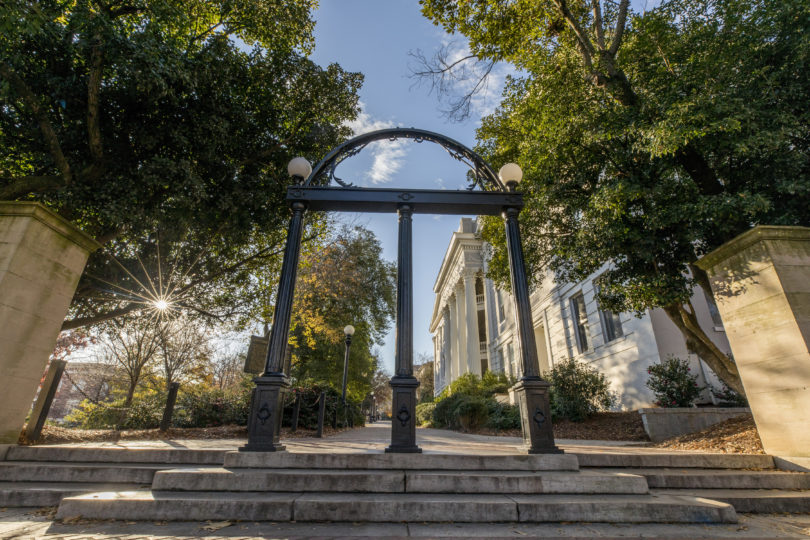 Created in 2011, these awards recognize the remarkable contributions of postdoctoral research scholars to the UGA research enterprise. The UGA Research Foundation funds up to two awards a year to current scholars.

Noelia Lander, a cellular biologist and postdoctoral researcher in the Center for Tropical and Emerging Global Diseases, has used her research to advance understanding of a dangerous parasite affecting millions of people worldwide. She adapted the CRISPR/Cas9 genome-editing system for the study of Trypanosoma cruzi, a human parasite that causes Chagas disease. In widely cited research, she proved the usefulness of this new gene-editing system and its range of applications in T. cruzi, which historically had been difficult to manipulate. Dozens of Chagas molecular biology labs worldwide use her CRISPR/Cas9 strategy to study the parasite’s proteins, characterize its metabolic pathways, understand its biology and search for new chemotherapeutic targets. More recently, she has used her system to study protein function and calcium signaling in T. cruzi. She has trained laboratory personnel and students in scientific research and is currently conducting the mentored phase of an NIH Pathway to Independence Award.

Lisa Limeri, a postdoctoral researcher in the department of biochemistry and molecular biology, garnered extramural funding for an independent study of college students’ beliefs, or mindsets, about intelligence. Students who believe intelligence is improvable—a growth mindset—are more likely to respond to academic challenges by increasing effort or trying a different study strategy. Students who believe intelligence is an uncontrollable trait demonstrate a fixed mindset and are more likely to withdraw from academic challenges. In her study, Limeri characterized how college students’ mindsets changed during a challenging STEM course. She discovered that students who overcame academic difficulties during the semester tended to shift toward a growth mindset, while students who were unable to overcome such difficulties tended to shift toward a fixed mindset. These results contribute to mindset theory by indicating that the relationship between academic performance and mindset is not one-directional but rather reciprocal, influencing each other and creating a positive feedback cycle.