University Professors receive a permanent salary increase of $10,000 and a yearly academic support of $5,000. Nominations from the deans of UGA’s schools and colleges are reviewed by a committee, which makes a recommendation to the provost. 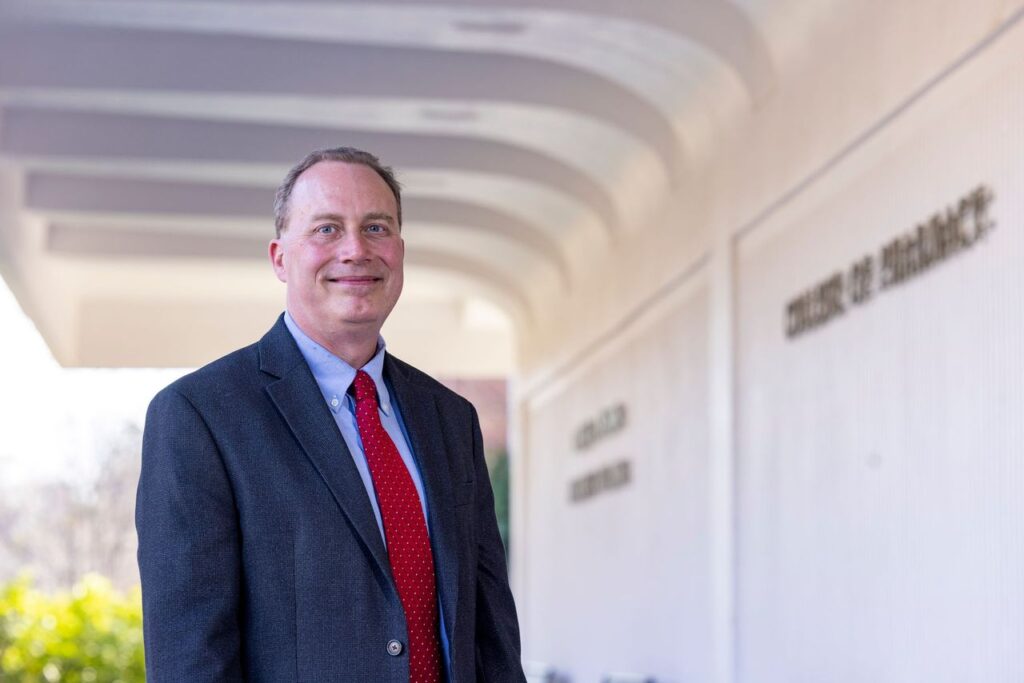 Michael Bartlett is the associate dean for science education, research and technology in the College of Pharmacy. (Photo by Dorothy Kozlowski/UGA)

Michael Bartlett has been a faculty member for 26 years, working as a professor in the Department of Pharmaceutical and Biomedical Sciences in the College of Pharmacy since 2008. During his time at the college, Bartlett has held multiple teaching and administrative roles and has worked toward innovation in teaching and college management.

In addition to serving as associate dean for science education, research and technology, Bartlett manages fiscal resources, oversees renovations and advises students, all while continuing to teach.

“Just this year alone, he has published 10 manuscripts, obtained multiple grants for his research program, led two massive renovation projects for the College [of Pharmacy] and worked with the various units of the college to operationalize our five-year strategic plan,” said Kelly Smith, dean and professor in the College of Pharmacy.

While being in administration, Bartlett continues to put the student experience first, making a lasting impact on his students.

“He is an amazing mentor, guiding both his undergraduate and graduate students well into their careers,” said Smith. “Those who learned under his guidance have gone on to extremely impactful and influential careers, a testament to his own impact on them, their development and their continuous career growth.”

Bartlett prioritizes teaching among his other roles and has supervised 90 students at all degree levels.

Recently, Bartlett spearheaded the COVID Operations Leadership Team, which managed the college’s response to the pandemic, keeping students on track despite challenges to instruction.

“His formal leadership in the College of Pharmacy has been invaluable, particularly over the past two years,” Smith said. 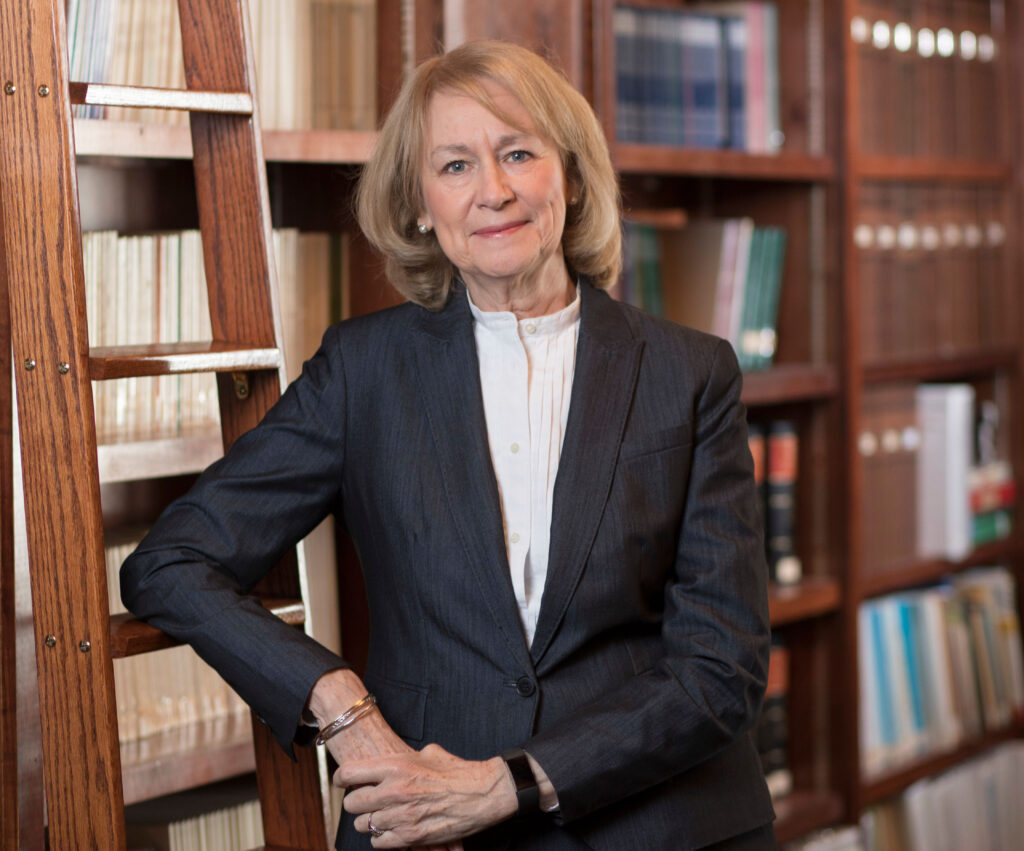 Libby V. Morris is the director of the Louise McBee Institute of Higher Education. (Photo by Peter Frey/UGA)

Libby V. Morris serves as the director of the Louise McBee Institute of Higher Education and the Zell B. Miller Distinguished Professor. Morris was named director in 2006, and under her leadership, the institute established an Atlanta-based Executive Doctorate in Higher Education Management and rose to rank consistently in U.S. News & World Report’s top 10 programs in higher education administration.

Her scholarship focuses on academic programs and instructional development, evaluation and assessment, and faculty leadership and development.

In 2004, Morris was inducted into the UGA Teaching Academy. Josef Broder, chair of the academy, described Morris’ impact at the University of Georgia in his nomination letter, “Dr. Morris has focused not only on the difficult educational and economic challenges of the Black Belt South, but also on building opportunities for faculty and leadership development on this campus.”

In 2009, in partnership with the national College Advising Corps and the Watson-Brown Foundation, she launched the Georgia College Advising Corps (GCAC), a college access program that seeks to increase the number of low-income, first-generation and underrepresented students who succeed in postsecondary education. To date, GCAC has received more than
$9 million in extramural funding and served more than 35,000 students.

In 2012, she founded the UGA Arts Council and spearheaded the launch of the annual Spotlight on the Arts festival.

Morris has served in several senior leadership roles at UGA, including as interim senior vice president for academic affairs and provost (2013-2014 and 2018-2019). As vice provost for academic affairs (2010-2013), she led a task force that resulted in the establishment of the Office of Online Learning, and she coordinated a campus-wide working group to enhance UGA’s interdisciplinary activities. She also played a significant role in the Science Learning Center and the faculty hiring initiatives that brought more interdisciplinary research to UGA.