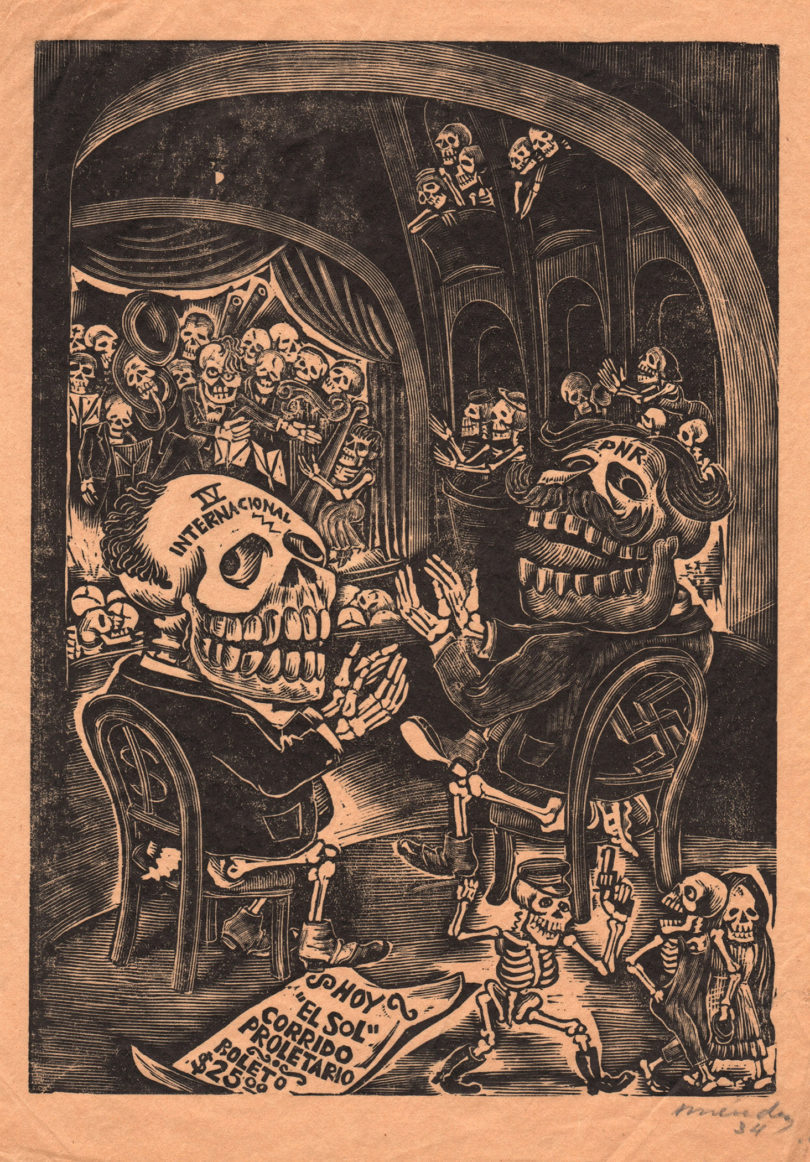 It will take over the entire temporary exhibition wing of the museum and is the most comprehensive exhibit in the world on the workshop since the 1950s. The museum also will publish a catalog of every work in the exhibition plus supplementary images.

Founded in 1937 by Raúl Anguiano, Luis Arenal, Leopoldo Méndez and Pablo O’Higgins, the TGP included many notable 20th-century Mexican printmakers and a few important members from outside the country, including Elizabeth Catlett (an American) and Fanny Rabel (born in Poland).

They produced large-scale posters, fliers, books, pamphlets, fine art portfolios, calavera newspapers and independent prints—all with the idea that art could serve as a political tool, even a weapon.

Working collaboratively and employing a process of internal critique, the TGP created works in a variety of forms, from diminutive postcards to enormous banners for lectures and meetings. Members regularly used the workshop facilities to create their work, which was sold through the workshop’s storefront.

Two members of the workshop (Arturo García Bustos and Rina Lazo) and several scholarly authorities will visit UGA Aug. 20 for a panel discussion, which will be at least partly in Spanish with live translation.