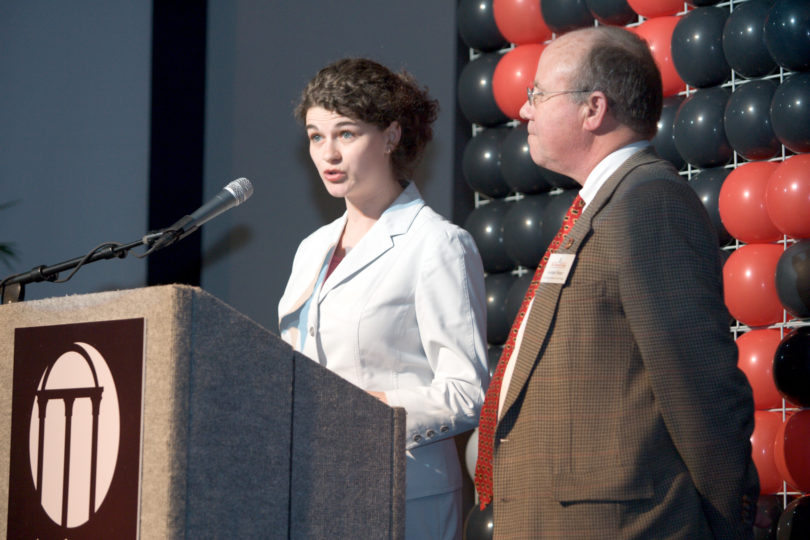 The employee portion of the Archway to Excellence Campaign kicked off with a big announcement: 3,500 faculty, staff and retirees have already given or pledged $20 million. Held in the Tate Student Center, the kickoff brought together professors and staffers to nosh on finger foods, hear live jazz and listen to an appeal from the university.

“I thought it was a really nice thing to do for us,” said Kate Character, a program coordinator in the College of Education, who has been giving money back to UGA for years.

Ruth Morrow, a research professional in food science and technology, decided on the spot to help support the university.

“I’ve given money in the past and told them they could do whatever they want with it,” the 11-year employee said. “I didn’t know you could put your money toward specific departments.”

The university is calling on employees to aid the Archway to Excellence Campaign in accumulating $500 million in private donations. In the coming weeks, each employee will get a request to make a gift-large or small-to help support the institution.

“Everywhere we have been, we have found UGA alumni, friends and supporters who are . . . and interested in what they can do to help you do the work that is making UGA one of the best public universities in the country,” said UGA President Michael F. Adams. “We are here to ask you that make that same sort of commitment to a place that has meant so much to each of you.”