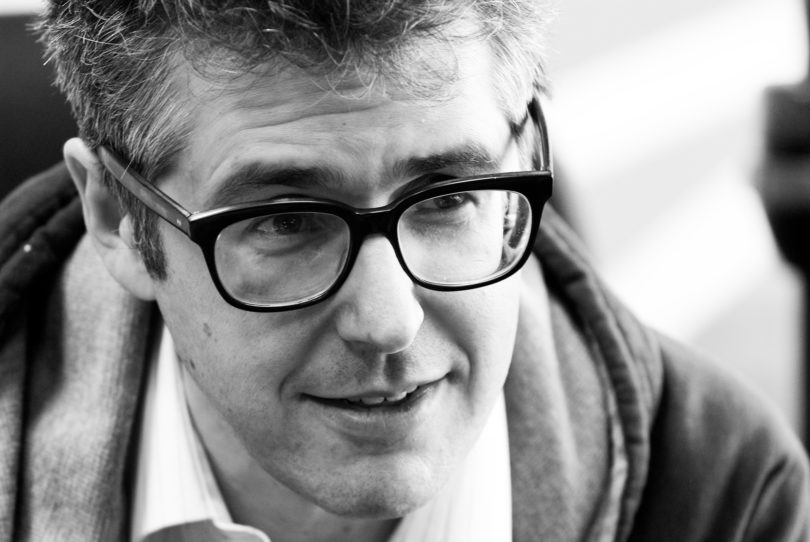 Athens, Ga. – The April 2 announcement of this year’s Peabody Awards recipients will be broadcast on “CBS This Morning” and conclude on the Peabodys’ website. Ira Glass, who’s scheduled to emcee the May 19 Peabody presentation ceremony, and Charlayne Hunter-Gault, a Peabody board member and former network correspondent, will join the “CBS This Morning” anchors for a live segment prior to the unveiling of the complete list of winners on www.peabodyawards.com and www.cbsnews.com/cbs-this-morning.

This marks the first time in the awards’ 73-year history that a portion of the list of winners will be announced live on national television. The “CBS This Morning” Peabody segment will also feature the Peabodys’ archive of TV and radio programs at the University of Georgia.

“One of our long-term goals is to elevate the profile of the world’s oldest award for electronic media,” said Jeffrey P. Jones, who became the Peabody Awards’ fifth director last July. “We are thrilled that CBS News understands the power of the Peabody and has partnered with us to share what we believe to be a list of worthy and notable honorees with a national television audience.”

“We are also delighted to have Ira Glass headline this year’s ceremony,” Jones added. “He has re-defined quality radio storytelling for the past two decades, and with the Peabodys clearly focused on great narratives, I can’t think of a better host.”

Glass, whose public-radio series “This American Life” has been honored with Peabody Awards four times, is doing triple-duty on the Peabodys’ behalf. In addition to taking part in the “CBS This Morning” segment and hosting the presentation luncheon at New York’s Waldorf Astoria hotel in May, he will help write portions of the ceremony.

Glass began his career in public radio in 1978 as a 19-year-old intern at National Public Radio’s headquarters in Washington, D.C. Over the next 17 years, the Baltimore native worked on nearly every NPR news show and did almost every production job: tape-cutter, desk assistant, newscast writer, editor, producer, reporter and substitute host. He moved to Chicago in 1989 and put “This American Life” on the air in 1995.

“This American Life,” based at Chicago’s WBEZ Radio, now reaches more than 2.2 million listeners weekly via some 550 public-radio stations. It was first honored with a Peabody Award in 1996 and cited for capturing contemporary culture “in fresh and inventive ways that mirror the diversity and eccentricities of its subject.” The series has since won Peabodys for individual stories in 2006, 2008 and 2012. Glass himself also got a Peabody in 1994 as part of an NPR team reporting on the use of toxic chemicals in tobacco manufacturing.

Glass’ creative talents reach beyond public media. In 2007, Riverhead published “The New Kings of Non-Fiction,” a collection of narrative nonfiction essays he chose. The radio show has put out its own comic book, three greatest hits compilations, a paint-by-numbers set, a radio decoder toy and a DVD, which was created with cartoonist Chris Ware. A television adaptation of “This American Life” aired on Showtime for two seasons, starting in 2007, earning critical acclaim and three Emmy awards. A half-dozen stories from “This American Life” are in development to be made into motion pictures. Another is in development to be an HBO series. Glass and other “This American Life” staff have cameo roles as themselves in the recently released feature film Veronica Mars.

The Peabodys, based at UGA’s Grady College of Journalism and Mass Communication, are the oldest in electronic media and among the world’s most prestigious and selective prizes. They recognize excellence and meritorious work by radio and television stations, networks, webcasters, podcasters, producing organizations and individuals. The 16-member Peabody Board is a distinguished panel of television critics, industry practitioners and experts in culture and the arts. Selection is made by the board following review by special screening committees of UGA faculty, students and staff. For more information regarding the Peabody Awards program, see www.peabodyawards.com or follow @Peabody_ Awards on Twitter.

The Grady College offers undergraduate majors in journalism, advertising, public relations, digital and broadcast journalism and mass media arts. The college offers two graduate degrees and is home to the Knight Chair in Health and Medical Journalism and the Peabody Awards, internationally recognized as one of the most prestigious prizes for excellence in electronic media. For more information, see http://www.grady.uga.edu or follow @UGAGrady on Twitter.