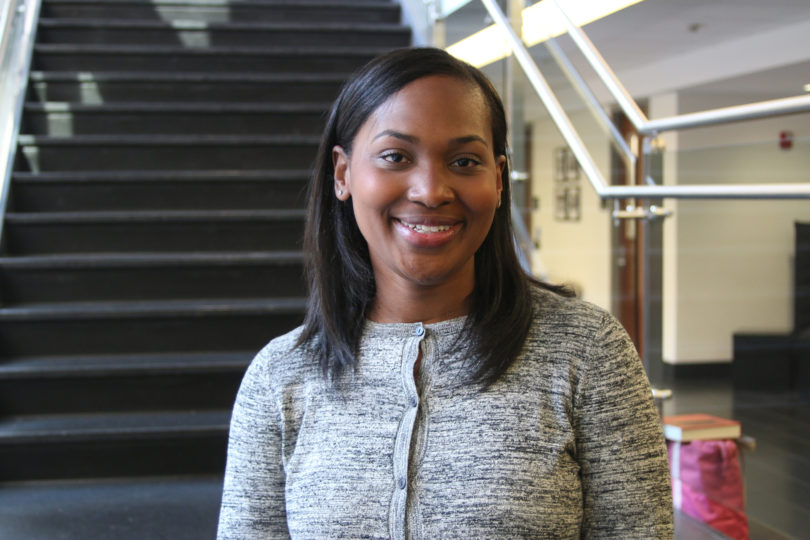 Nominated by Delaware Gov. Jack Markell, Montgomery-Reeves is the first African-American in the 220-plus-year history of the court to serve as a vice chancellor. She is also only the court’s second female vice chancellor.

“Given the great importance of the Delaware Court of Chancery, the law school is quite proud that one of our graduates will be serving our nation in this capacity,” Georgia Law Dean Peter B. “Bo” Rutledge said. “Approximately 65 percent of Fortune 500 companies are incorporated in the state of Delaware, and this, quite simply, makes it the most important court in America for corporate law. As a result, other states often look to Delaware for guidance in matters of corporate law.

“I have no doubt that Tamika will represent our school well as she takes on this key role within our nation’s legal community. Georgia Law provided a sound foundation on which Tamika has established herself as an authority in the world of business law. Since her graduation, we have established a Business Law and Ethics Program and expanded our business law curriculum. One of our primary goals is to prepare the judges and legal leaders of tomorrow, and Tamika is among our brightest stars.”

Montgomery-Reeves currently serves as a partner specializing in corporate law and governance, business litigation and counseling, and securities litigation at the Wilmington, Delaware, office of Wilson Sonsini Goodrich & Rosati. Prior to joining Wilson Sonsini Goodrich & Rosati, she practiced law at Weil, Gotshal & Manges in New York and served as a judicial clerk for Chancellor William B. Chandler III of the Delaware Court of Chancery. While in law school, she was an editor of the Journal of Intellectual Property Law.