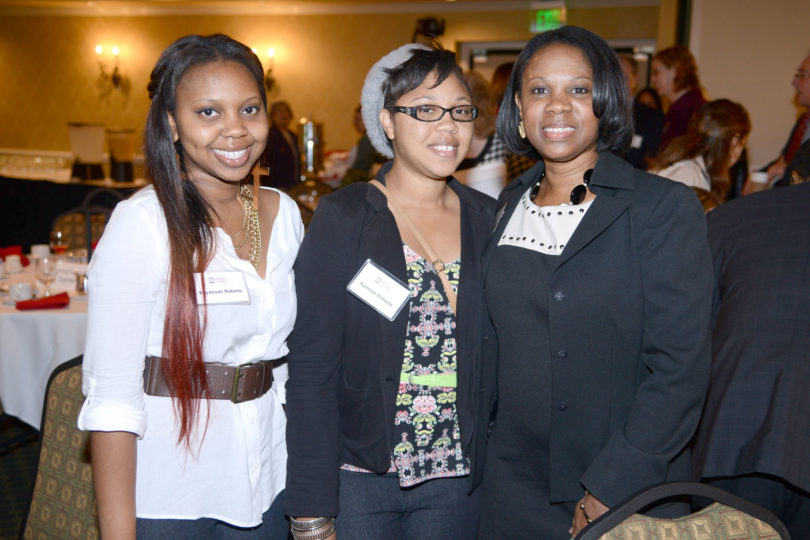 The Campaign for Charities has begun its two-month drive to collect pledges and money for local, state and national charitable organizations.

The motto for this year’s campaign is “Give Today, Change Tomorrow.”

“This is more than just a slogan,” said Greg McGarity, UGA’s director of athletics and the honorary chair for the 2014 Campaign for Charities “These are words we should strive to live by every day.”

McGarity spoke at the fundraiser’s kickoff breakfast Oct. 10 at the Georgia Center for Continuing Education.

The Campaign for Charities, which runs until Dec. 13, is an opportunity for faculty and staff to donate to organizations that are part of the State Charitable Contributions Program, including United Way charities, federated charity organizations and independent organizations.

One such organization that benefits the local community is the Athens Land Trust. Established in 1994, the private, nonprofit corporation offers programs and activities that focus on land preservation; affordable, energy-efficient housing; and neighborhood revitalization. The organization has helped people like Jacqueline Roberts, an administrative manager in the Office of the Vice President for Public Service and Outreach. In a video presented at the campaign breakfast (bit.ly/1aGisjp), Roberts, who has worked at UGA since 1996, shared how the Athens Land Trust helped her become a homeowner.

“To me it symbolizes the fact that if you can dream the idea of having a home, then you can make it happen,” Roberts said. “So for me, it’s just a sense of accomplishment.”

Roberts’ mortgage payments-which are lower than what she had been paying in rent-enabled the single mother of three to help send her daughters to college. They also are allowing Roberts to take classes at Athens Technical College to earn her associate’s degree.

UGA employees have received materials about this year’s campaign through campus mail. Faculty and staff can make pledges to individual or multiple charities by filling out the campaign card or by visiting https://webapps.ais.uga.edu/PBCC/home.seam.

The campaign’s success is dependent on participation from a large section of the university community, according to McGarity.

“The motivation for all of us is to unite as a team to help our neighbors in need,” he said.

The goals for this year’s campaign are to raise $425,000, to have 25 percent participation from faculty and staff and to have a 100 percent response rate. The latter goal means every faculty and staff member will have to fill out and turn in their Campaign for Charities card through campus mail or from the campaign’s website, even if they choose not to contribute to the drive.

UGA has a proud tradition of hosting successful Campaign for Charities drives.

For the last 13 years, UGA has been awarded the Governor’s Cup for the largest contribution per employee as a state organization with at least 9,000 employees.

Last year, the UGA community contributed more than $405,000 with an 18 percent participation rate from faculty and staff.

University President Jere W. Morehead said the UGA community should be proud of the way it has and continues to have a positive impact on the local community.

“Each year and every year, the University of Georgia has stepped forward and it has made a difference in this community,” Morehead said.

Morehead said that when it comes to supporting the community, UGA is a model other universities strive to be like.

The president also lauded UGA students for being leaders in volunteering at local charitable organizations. He said it is the responsibility of faculty and staff to help support those efforts through giving.

“This year more than ever, your contributions to the Campaign for Charities are essential for those who are close to us who are in great need and great distress,” he said.