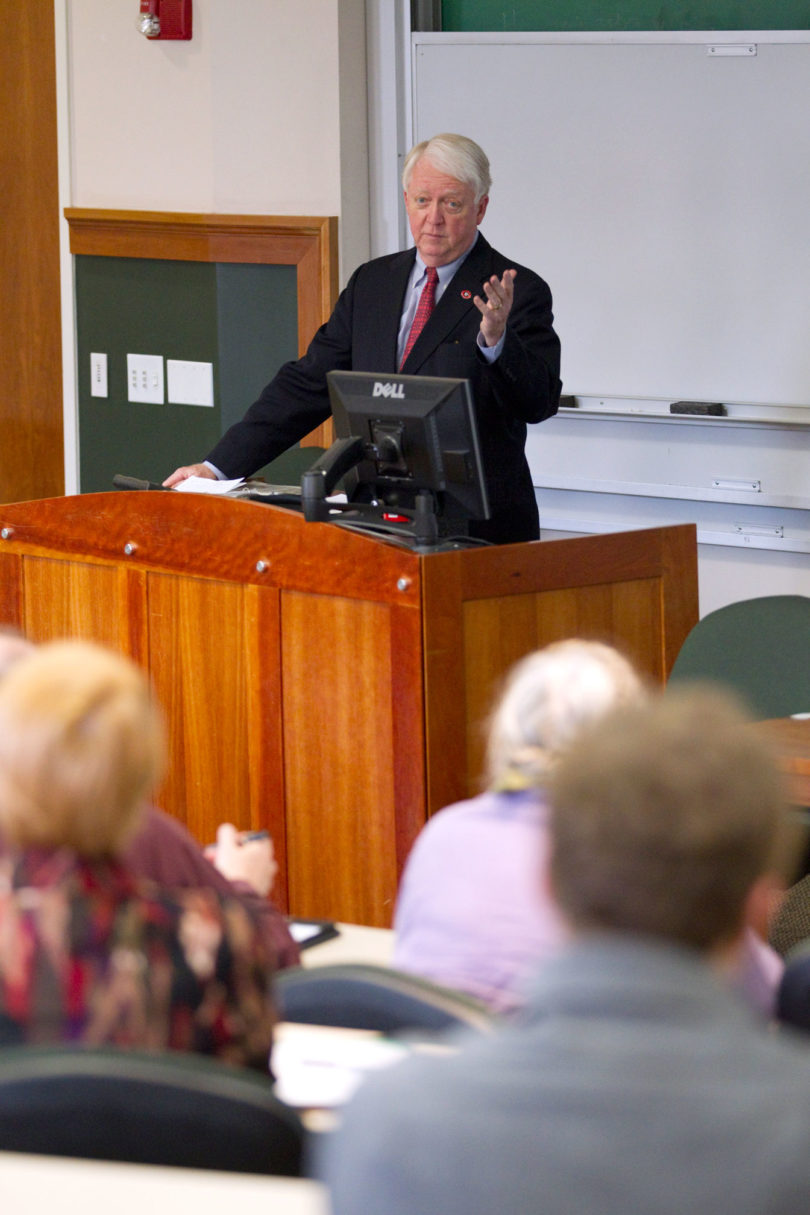 Adams attended the group’s April 3 meeting at the Miller Learning Center to thank members for their service.

“This has been a great relationship for 16 years,” Adams said.

Of the entire university staff, he said, “We cannot lead the place, run the place or manage the place without what you do every day.”

Adams, who acknowledged that the university has been unable to give raises in years, further praised staff for their hard work in the midst of budget cuts.

For members of the Staff Council, the visit was an opportunity to ask questions and to thank Adams for his work during his tenure.

Members of the council offered their best wishes. Some thanked Adams for what he has done during his tenure, and others for the recent parking service holiday offered to faculty and staff in May.

Adams explained that the parking holiday was a little like a birthday card in that he knew it wasn’t much but hoped that “it was the thought that counts.”

Adams also was asked to talk about his favorite memories from his presidential tenure and what he will remember most fondly.

“Mostly what I will remember are the relationships,” said Adams, noting the friends he has made among faculty, staff, administrators and leaders across the state.

He also mentioned some lasting improvements made to the campus over the past 16 years, including the construction of the Miller Learning Center named after one of the state’s former governors, Zell B. Miller.

“I do get some warm-and-fuzzies when I walk on parts of campus,” he said.

Of Adams’ final visit before stepping down in July, Daniel said, “It really shows his support for Staff Council. I’ve always gotten that sense from Dr. Adams.”