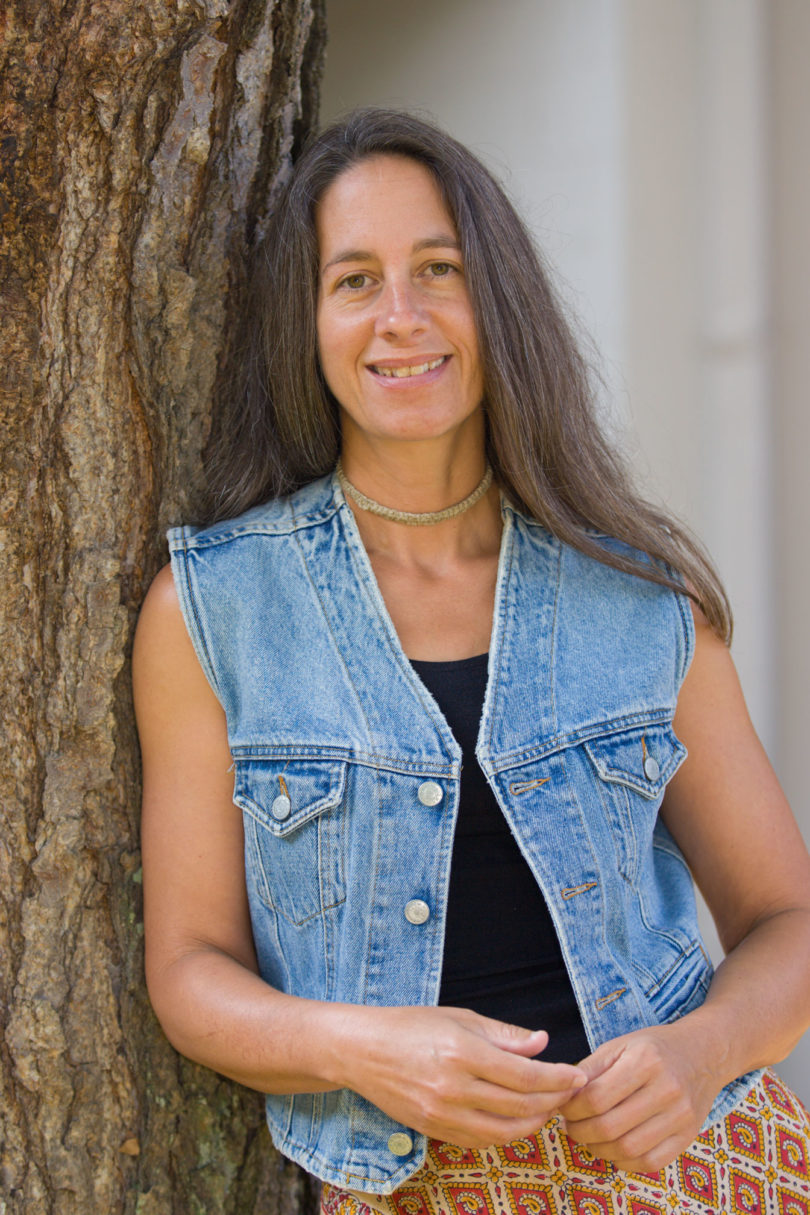 Julie Dingus can trace her love of animals back to her childhood. Growing up in the south Georgia town of Metter, she had the usual array of pets—dogs, cats, rabbits, horses—as well as some raccoons and possums.

The time she spent outdoors as a child nurtured her love for the beauty and serenity of nature. When she moved to Athens more than 20 years ago, she brought that love in tow.

Today, Dingus, who works for the Willson Center for Humanities and Arts, and her family—husband, Andy, and daughters, Layla and Salley—share their home with three dogs, a cat, a hamster and a 5-foot python. And her interest in animals has grown to include the endangered Florida panther.

“Florida is constantly in a state of development, and there’s a real scramble going on to protect the habitat the panthers have left,” Dingus said. “It’s important to save endangered animals because if we lose all of the wildlife on the planet, then humans can’t survive. We’re all  a part of the same ecosystem.”

As an environmentalist, Dingus appreciates the university’s efforts to incorporate more green space into campus, to become more pedestrian and biker friendly and to encourage alternative transportation and recycling.

“I’m really proud of the direction the university is moving toward in using alternative fuels,” said Dingus, who originally came to work at UGA because of the many opportunities offered here.

After working in Cooperative Extension for 14 years, Dingus has spent the last seven years at the Willson Center, which offers support to UGA faculty and departments to bring in scholars and artists from all parts of the world to interact with students and faculty and give public lectures and performances of their work.

As an administrative associate for the center, Dingus meets people from many different cultures. But her daily interaction with colleagues Betty Jean Craige (director) and Lloyd Winstead (associate director) and with UGA’s diverse faculty are what she says ­really keeps her job interesting and satisfying.

“The faculty at UGA are on the cutting edge of research in so many areas, and they bring to our campus scholars and artists who are, in turn, among the leaders in the world in their fields of expertise,” she said.  “This interaction benefits the entire university community. The more we’re exposed to other cultures, the more we’ll understand and be tolerant of other viewpoints.”

Dingus is pleased to be able to spend time with her daughter Layla, a senior art education major at UGA, at some of the events and lectures that the Willson Center sponsors.

“Everything we do, ultimately, is to support the education of the students here, the university’s reason for being,” she said. “I’m very proud to be a part of that effort.”