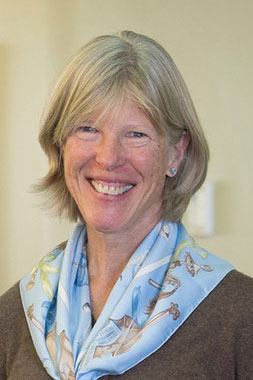 Cynthia Kenyon, one of the world’s foremost authorities on the molecular biology and genetics of aging and life extension, will return to UGA to deliver the fall 2016 Charter Lecture.

Kenyon, who graduated as valedictorian with bachelor’s degrees in chemistry and biochemistry from UGA in 1976, is the vice president of aging research for Calico LLC, a Google-funded company focused on aging research and therapeutics. She has been a global pioneer in aging research since her team’s 1993 discovery that a single-gene mutation could double the lifespan of C. elegans (roundworms). This discovery led to the realization that such a pathway exists and influences aging rates in many species.

Kenyon earned her doctorate from MIT in 1981 and later became a postdoctoral fellow with Nobel Laureate Sydney Brenner in Cambridge, England, where she first began studying the development of C. elegans.

In 1986, Kenyon joined the faculty at the University of California, San Francisco, where she served as a professor of biochemistry and biophysics for 27 years. At UC-San Francisco, she was named a Herb Boyer Distinguished Professor and served as director of the Larry L. Hillblom Center for the Biology of Aging.

In 2014, Kenyon accepted her current position as vice president of aging research at Calico.

Charter Lectures are sponsored by the Office of the Senior Vice President for Academic Affairs and Provost, and Kenyon’s lecture is part of UGA’s Signature Lecture series.

“Dr. Kenyon’s groundbreaking work exemplifies how fundamental insights gained through basic research can have a transformative impact on individuals and society,” said Senior Vice President for ­Academic Affairs and Provost Pamela Whitten. “We are delighted to welcome her back to her alma mater, where interest in the STEM fields among students is booming and a growing number of our faculty are focusing their research on inquiring and innovating to improve human health.”