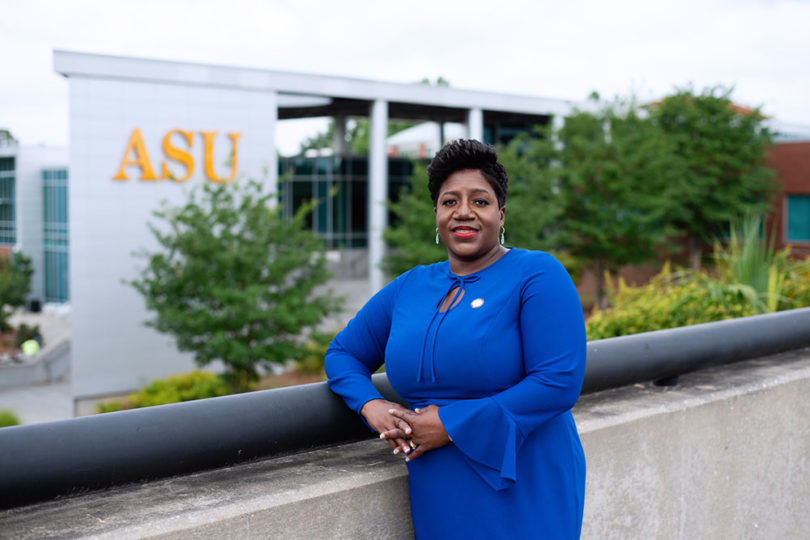 Marion Ross Fedrick will deliver the 20th annual Mary Frances Early Lecture at the ceremony naming the College of Education in Mary Frances Early’s honor. The event will take place Feb. 25 at 2 p.m. in Hugh Hodgson Concert Hall at the University of Georgia Performing Arts Center.

“I am honored to provide the keynote address for such a special occasion,” said Fedrick. “Ms. Mary Frances Early paved the way for myself and many others at the University of Georgia. Her courage and bravery continue to serve as an inspiration.”

Fedrick was appointed president of Albany State University on Aug. 14, 2018, after serving as interim executive vice president and interim president for the university. Prior to that, she served as vice chancellor for human resources at the University System of Georgia. In this role, she led initiatives relating to university administration, leadership development and human resources planning. Fedrick has led staff development efforts at Clark Atlanta University, Emory University and Emory University Hospitals. She also served in leadership roles in the state of Georgia’s Office of State Personnel Administration, AT&T and BellSouth.

During her tenure at ASU, the university has seen significant growth and improvement. Efforts have included restructuring academic colleges, evaluating the academic curriculum and making needed changes to better serve students, as well as implementing a university-wide strategic effort to increase student retention and academic success.

The Mary Frances Early Lecture honors the first African American to graduate from UGA. Early earned her master’s degree in music education in 1962 and her specialist in education degree in 1967. In 2013, she was presented with an honorary doctorate from the university. The Mary Frances Early lecture was established in 2001 by the Graduate and Professional Scholars student organization to honor Early.

Approved by the Board of Regents of the University System of Georgia on Oct. 16, 2019, the naming of the Mary Frances Early College of Education celebrates Early’s impact as a civil rights advocate and music educator. After helping integrate the university, she taught in Atlanta Public Schools, Morehouse College, Spelman College and served as head of the music department at Clark Atlanta University.