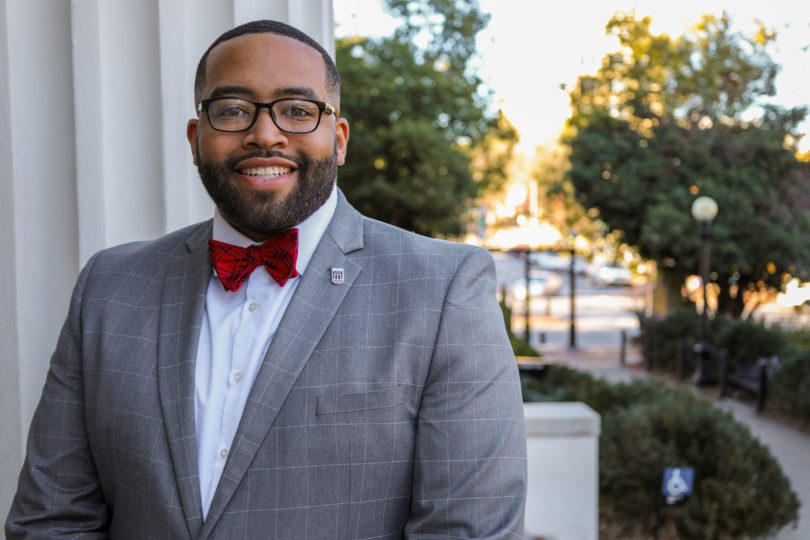 Alton M. Standifer will join the staff of the Office of the President on July 15 as assistant to the president. Standifer presently serves as director of new student orientation and associate director of undergraduate admissions.

“Alton will be a tremendous addition to our staff,” said President Jere W. Morehead. “He has been a part of the campus community for the past five years and has worked diligently to enhance our orientation process and ease the transition to UGA for students and their families. He has built strong relationships across the campus, and I look forward to the positive impact he will make in this important role.”

As assistant to the president, Standifer’s primary responsibilities will be focused on student affairs, diversity relations and community engagement. He will serve as the liaison to the Staff Council, Retirees Association, Board of Visitors and Student Government Association, while also representing the President’s Office in the planning of several annual events, including the Holmes-Hunter Lecture Series, Mary Frances Early Lecture, Staff Appreciation Day, and the presentation of the President’s Medal during Founders Day. In addition, he will oversee the awarding of grants through the President’s Venture Fund.

“It is an honor to support President Morehead in his efforts to advance the University of Georgia, and I consider it a great privilege to have the opportunity to serve in this role,” said Standifer. “I look forward to working alongside students, faculty, staff, alumni and friends, and to helping to strengthen collaborative relationships between the University and key constituents in Athens-Clarke County, the state and across the nation.”

Standifer first joined the University of Georgia in 2014 as assistant director of new student orientation, advancing to director in 2015. He served previously at Georgia Southern University in a variety of student-centered roles as a graduate student, including as an assistant to the dean of students, coordinator for the Panhellenic Association and coordinator of Georgia Southern’s Pathways to Success program. He also has taught middle school math and coached basketball in his hometown of Monticello, Georgia.

Standifer has been selected to participate as a member of LEAD Athens in 2020. This summer, he co-presented a session with Community Relations Director Alison McCullick at the International Town and Gown Association Conference, “Enhancing the University Community Through Inclusive Outreach Efforts.” He also emceed TEDxUGA 2019 at the Classic Center in March. Standifer serves as the state coordinator for the Association for Orientation, Transition and Retention in Higher Education, and he is the president-elect of the Georgia Southern University Alumni Association.

Standifer fills the position previously held by Arthur Tripp, who left the University in June to seek public office.