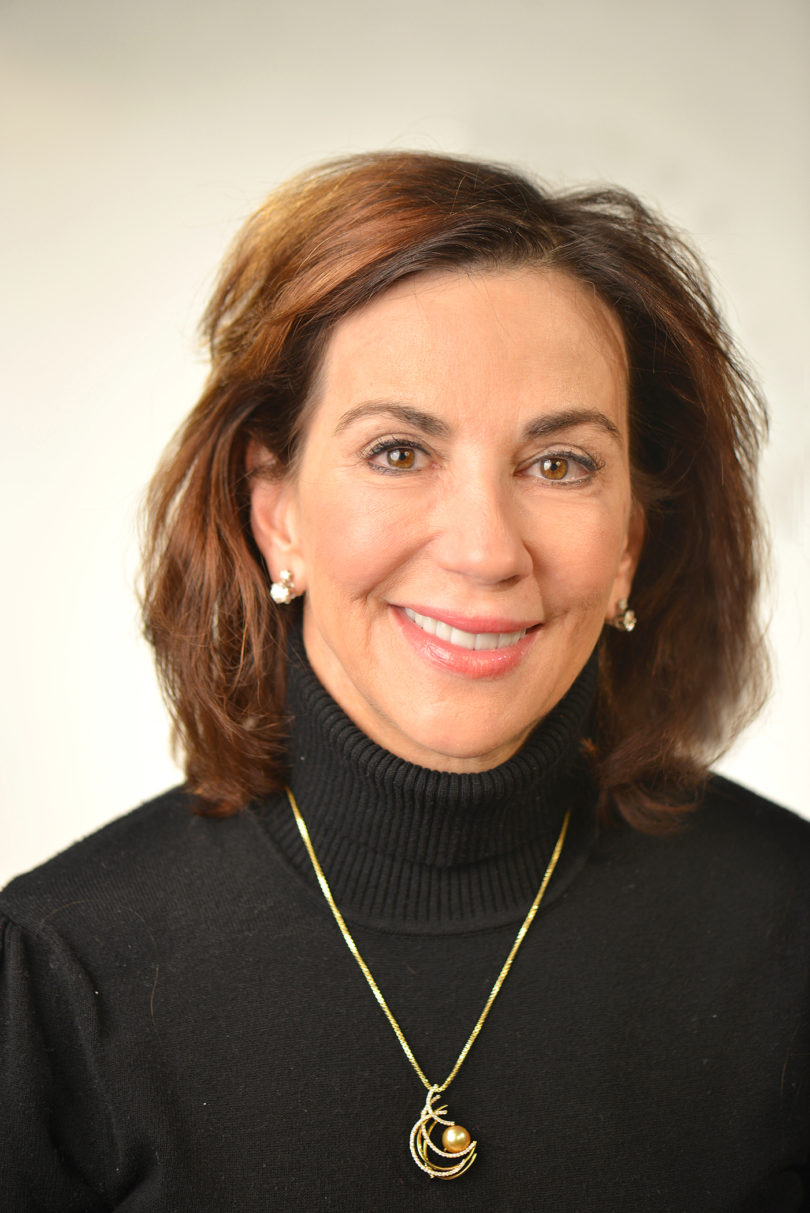 “The Alumni Awards Luncheon is an important opportunity each year for the UGA community to celebrate the contributions of those who commit to Georgia every day,” said Meredith Gurley Johnson, executive director of the UGA Alumni Association. “Our call to action for UGA alumni is to connect, hire and give, and these award recipients exemplify what it looks like to heed that call. They have identified ways in which they can promote student success and provide financial and volunteer support for the great things happening on campus.”

This year’s honoree awards include:

Amos graduated with her Juris Doctor degree from the UGA School of Law in 1982. After working in private practice for three years, she joined Aflac in 1985, where she went on to become the company’s first female executive vice president. Under her leadership, Aflac developed its award-winning duck advertising campaign, and in 1995 began its sponsorship relationship with Children’s Healthcare of Atlanta and the Aflac Cancer Center. After she retired from Aflac in 2005, Amos’ philanthropy became the full focus of her attention. In addition to leading Aflac’s philanthropic endeavors as president of the Aflac Foundation, she works with her husband, Dan, on his personal philanthropic endeavors and serves as president of the Paul S. Amos Educational Foundation. As a member of the UGA School of Law Board of Visitors, she endowed the Kathelen Amos Scholarship, contributed a lead gift to the law school renovation and helped initiate the Rebecca Hanner White Scholarship, named for the law school’s first woman dean who retired in 2015. Her late son, John Kyle Spencer, was a graduate student in the Odum School of Ecology where friends and family established a fellowship in his name for a graduate student pursuing a career in freshwater ecology and conservation management. She has two daughters, Margaret and Laura, and lives in Columbus, Georgia.

As chairman and CEO of Synovus, Stelling leads a talented team of commercial, retail, corporate and financial management services professionals in building long-term relationships. He began his career with Synovus in 2006 when the company purchased Riverside Bancshares Inc. and merged it with Bank of North Georgia. He graduated from the Terry College of Business with a bachelor’s degree in finance in 1978 and is a favorite Terry Third Thursdays speaker. Along with his wife, Carol, he has made contributions to the Terry College Excellence Fund, Terry College Building Fund, P. George Benson Professorship and the Richard B. Russell Building Special Collections Libraries. He just concluded his tenure as chairman of the Board of Regents of the University System of Georgia, and he was also the chairman of the Dean’s Advisory Council of the Terry College of Business. He serves on the boards of directors of Georgia Power, the Georgia Chamber of Commerce and the Financial Services Roundtable. Stelling has been named to the list of the “100 Most Influential Georgians” by Georgia Trend Magazine every year since 2009, and is the recipient of the Blue Key Service Award from the UGA Chapter of the Blue Key National Honor Society and of the Terry College of Business Distinguished Alumni Award.

2017 Family of the Year Award
The family of Gayle and Jimmy Alston will receive the Family of Year Award, which is presented to a family who demonstrates a history of loyalty to UGA. They bring recognition and honor back to UGA through outstanding leadership and service to the university and the community at large. Gayle and Jimmy met as freshmen at UGA, where she graduated in 1965 with a bachelor’s degree in English and he graduated in 1966 with a bachelor’s degree in advertising.

Philip H. Alston Jr., Jimmy’s father, was an attorney and served as the U.S. ambassador to Australia under President Jimmy Carter. He graduated from UGA in 1932 and was president of the UGA Alumni Association and a trustee of the UGA Foundation. When he passed, Jimmy’s mother established the Philip H. Alston, Jr. Distinguished Chair in Political Science in the School of Public and International Affairs. Following in his father’s footsteps, Jimmy served a term on the board of the UGA Foundation where he chaired the Foundation Fellows Committee. The family’s John N. Goddard Foundation also established the first UGA School of Law fellow scholarship in 2016, the Philip H. Alston, Jr. Distinguished Law Fellows, which is modeled after the university’s prestigious Foundation Fellows program for undergraduates. Jimmy also chairs the John Huland Carmical Foundation, which created the John Carmical Distinguished Professorship in Sports Journalism and Society in the Grady College of Journalism and Mass Communication. Jimmy started JGA Corporation in 1977, and he built the company into the leading supplier of exterior building products, as well as residential and commercial roofing. In 2004, JGA Corp. was sold to Beacon Roofing Supply Inc. of Boston, Massachusetts. He retired in 2006 as the chairman of JGA Beacon, and has served on the boards of Shepherd Center Foundation and Children’s Healthcare of Atlanta. The Alstons have three children and eight grandchildren.

Johnson is Regents Professor of International Affairs at UGA and a Meigs Distinguished Teaching Professor. He is the author of over 200 articles, along with more than 30 books on U.S. national security. He led the founding of the School of Public and International Affairs, approved by the board of regents in 2001. He also led the establishment of the Memorial Garden adjacent to the Miller Learning Center in 2005 and the placement of a statue on North Campus to honor UGA’s first president, Abraham Baldwin, in 2012. He has served on the board of trustees for the Athens Regional Medical Center; he helped create what has become known as “Loch Johnson Relays,” an annual, regional high school track meet; and he led the SPLOST campaign to finance the building of a new Cedar Shoals High School, along with the renovation of public schools throughout Clarke County.

Miller anonymously contributed more than $33 million to the UGA Foundation throughout her lifetime and granted permission for the university to share her name only after her death. The Hugh Hodgson School of Music is the major beneficiary of Miller’s $17 million bequest and will receive $9 million, the largest gift ever made to the Hugh Hodgson School of Music. Miller, who was a passionate advocate for the arts, was the stepdaughter of Hugh Hodgson, a nationally recognized musician and educator who was the first chair of UGA’s music department.

Miller’s final gift also will support the UGA Honors Program and the UGA Franklin College of Arts and Sciences, with $4 million to be used to establish the Cora Nunnally Miller Fine Arts Scholarship Fund for undergraduate students studying the fine arts. The College of Veterinary Medicine also is a beneficiary of Miller’s generosity. Her bequest of $2 million to the college established an endowment to support teaching, research and service at the college.

2017 Young Alumni Award
The Young Alumni Award will be presented to AJ Green. This award is given to those who attended UGA in the past 10 years, have embodied the Pillars of the Arch (principles that guide the behavior of members of the UGA community) and provided notable service to the university.

Green is a native of Summerville, South Carolina, where he attended Summerville High School and hosts football camps for youth in the area. He committed to UGA in 2008 and he finished his three seasons playing under coach Mark Richt with 166 receptions for 2,619 yards and 23 touchdowns. In 2011, Green was drafted by the NFL’s Cincinnati Bengals where he is a wide receiver. In his first season with the Bengals, Green made the 2012 Pro Bowl, the first rookie receiver to make a Pro Bowl appearance since 2003.
In 2015, he endowed the AJ Green Family Football Scholarship, which will provide support for a student-athlete on the UGA football team in perpetuity, as well as the AJ Green Family Scholarships, earmarked to support two need-based scholarships to UGA students in perpetuity. Green lives in Atlanta with his wife and son during the off-season.

Luncheon
On-site registration and check-in for the Alumni Awards Luncheon will open at 11:30 a.m. and the program will begin at noon in Tate Student Center Grand Hall. Online registration is open until April 13 at alumni.uga.edu/alumniawards for $40 per person or $320 per table. Space is limited, so registration is offered on a first-come, first-served basis.