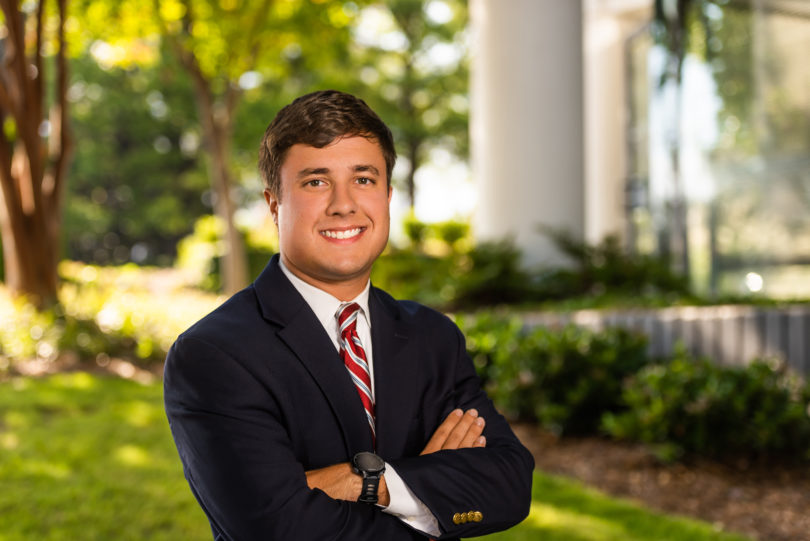 Grant Thomas will join the Office of Government Relations June 17 as director of state relations. Based in Atlanta, he will be UGA’s primary liaison to the Georgia General Assembly, the Office of the Governor, state agencies and related groups.

“Grant is an outstanding addition to our efforts to advance the strong partnership between the state and the University of Georgia,” said Toby Carr, vice president for government relations. “As Georgia’s flagship university and a land- and sea-grant institution, our positive relationships with the legislature and the governor’s office are essential to success. I look forward to Grant’s leadership to enhance those relationships as well as his advocacy of the university’s priorities.”

Thomas previously was legislative liaison and policy adviser to Gov. Brian Kemp.  In this role, he advised the governor on policy related to education, higher education, workforce development, retirement, regulated industries, telecommunications, energy and utilities. Prior to his work in the governor’s office, Thomas was government affairs manager at Children’s Healthcare of Atlanta, specializing in health care policy, and he served as special assistant to then-Secretary of State Brian Kemp.

As a member of the Honors Program, Thomas earned his bachelor’s degree in political science from UGA, where he is now pursuing his master’s degree in business administration. He currently is on the Alumni Board of Directors for UGA’s School of Public and International Affairs.

In addition to assisting with the development and implementation of the university’s state agenda, Thomas will help connect faculty and administrators with key elected and appointed officials, including coordinating visits for both groups in Atlanta and Athens.