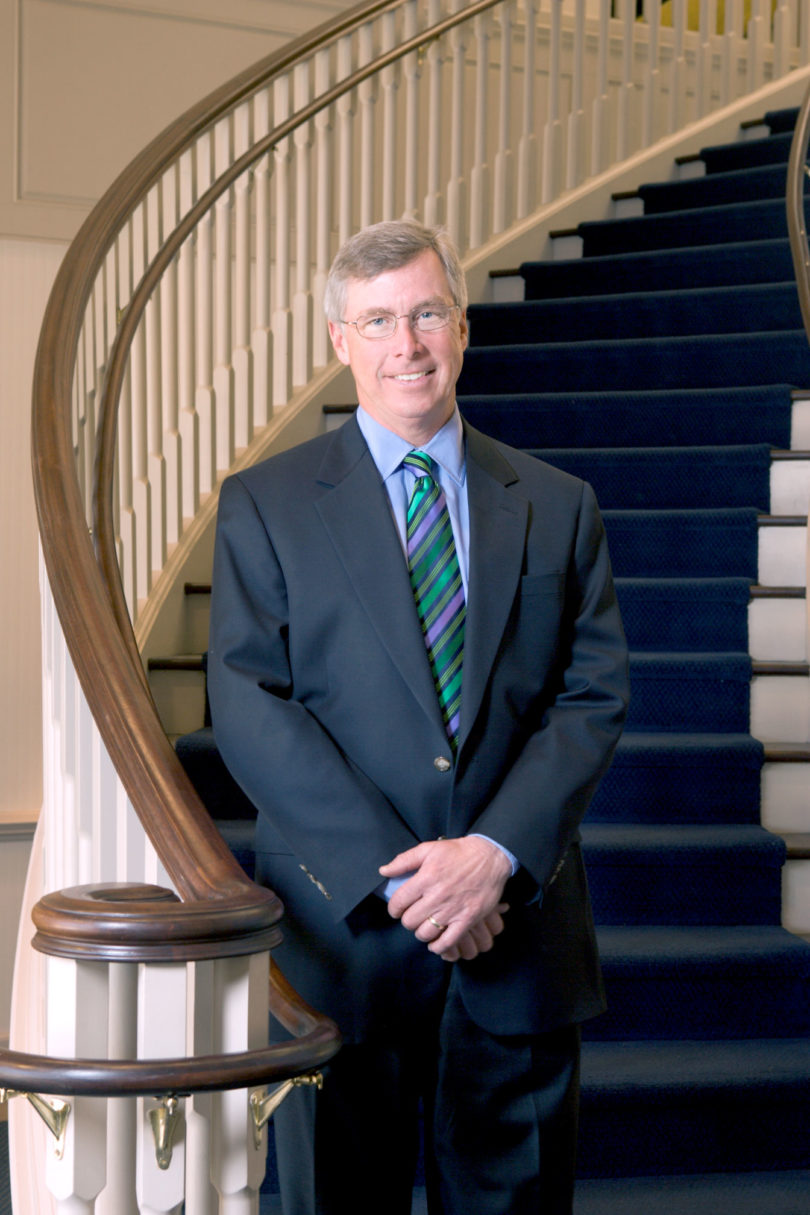 When he was young, James Butler loved to fish in Georgia’s Alcovy and Chattahoochee rivers. But the Columbus attorney fears rapid development may spoil those pleasures for future generations, and he hopes UGA can help prevent that from happening.

Butler has given his alma mater $1 million to establish a fellowship program in UGA’s Institute of Ecology to help graduate students who are studying environmental problems such as water quality, biodiversity and land use. He said the gift, made through the Arch Foundation, is an investment in preserving Georgia’s valuable waterways.

“I believe our stewardship obligations require that we pass our rivers and streams to future generations in better shape than we found them,” he said. “We undoubtedly have the ability to do that, but as a society we just lack the will.”

The gift will provide research assistantships to students working on master’s degrees in the River Basin Center, a unit in the Institute of Ecology. Butler said he is supporting graduate students-who will be known as Butler Fellows in Ecology-because it’s the fastest way to train people who can impact environmental problems in Georgia.

“We’re at or near the irreversible tipping point right now,” Butler said of threats to the state’s rivers. “I wish I’d done this 10 years ago.”

This is Butler’s second $1 million gift to UGA, where he earned a journalism degree in 1972 and a law degree in 1977. His gift last year created the James E. Butler Scholarship Fund, which pays full tuition for students studying public interest law in UGA’s School of Law.

A partner in the Columbus and Atlanta law firm of Butler, Wooten and Fryhofer, Butler is recognized as one of the country’s top plaintiffs’ lawyers.

He is a trustee of the Arch Foundation, which raises and manages private gifts to UGA.