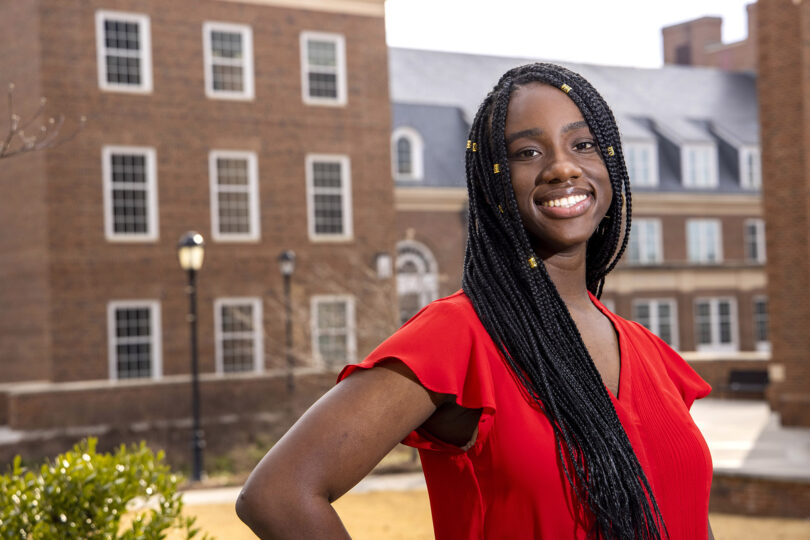 Foundation Fellow Zakiyya Ellington came to UGA, in part for the big sports atmosphere—and in part for the travel associated with her fellowship. She’s studied at Oxford, and traveled to Tanzania, Morocco, Spain, France and Costa Rica. Still one of her favorite UGA experiences was playing women’s club rugby, which taught her to be fearless. Up next, she’ll be pursuing a master’s degree in global affairs in China.

I chose to attend UGA because of the:
Environment and the opportunities offered by the Foundation Fellowship. I came from a very large sports- and school-spirit-oriented high school outside of Dallas, Texas. I wanted a similar college experience—a big sports atmosphere, the ability to attend various sports and campus events, and a strong sense of school spirit. Additionally, the Fellowship presented truly once-in-a-lifetime opportunities for travel, education and internships around the world, as well as a community of friends that has significantly shaped my time at UGA. 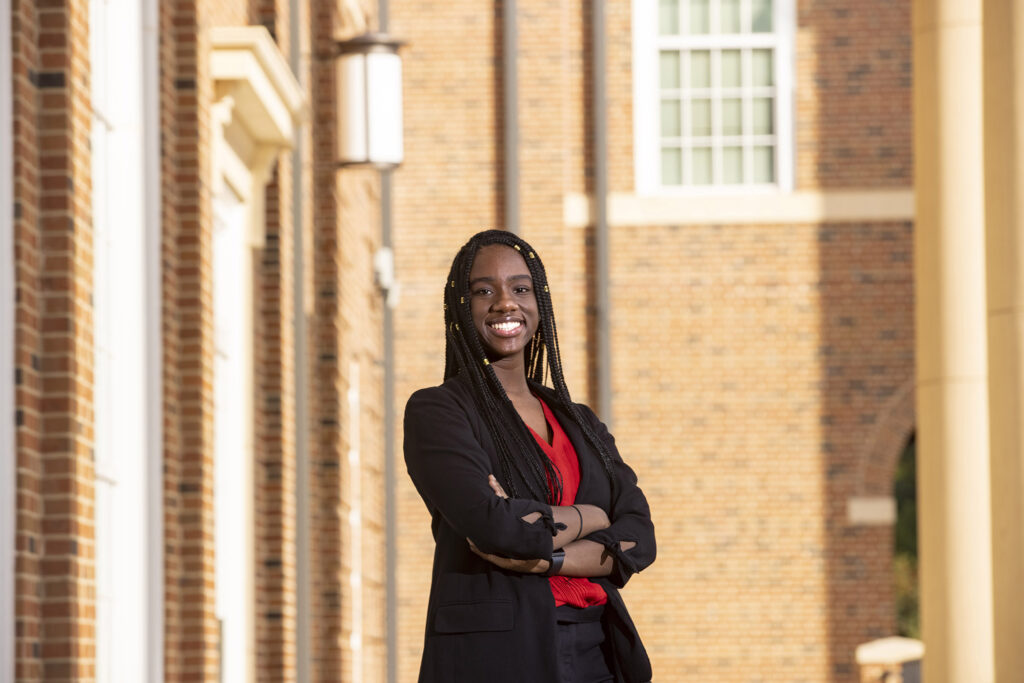 Zakiyya Ellington is the second person in her family to go to college. After graduation, Ellington will pursue a master’s degree in global affairs at Tsinghua University in Beijing as part of the Schwarzman Scholars cohort. (Photo by Dorothy Kozlowski/UGA)

Top university highlights, achievements, awards and scholarships:
The Foundation Fellowship has afforded me invaluable opportunities, among which has been travel, both independently and with other Foundation Fellows. With other Fellows, I completed a Maymester at Oxford and spring break trips to New York and Washington, D.C., freshman year and Tanzania sophomore year. I’ve also traveled alone extensively. Most recently, I spent spring break 2020 traveling in Costa Rica.

I have also served as an Honors teaching assistant for two semesters, which has been a fun and rewarding role. This course helps young students think about how to maximize their college experience. Teaching lets me pay my knowledge and experiences forward to help them. I have loved getting to know my students and their varied interests. It has also been extremely rewarding to see them grow, take leadership positions, excel in academic endeavors, and even become HTAs themselves.

One of my favorite things I have done at UGA has been joining the women’s club rugby team. I joined during the spring semester of my sophomore year because I love sports and missed the sports commitment of my childhood. Through rugby, I met amazing people from all different parts of campus with whom I had some of my most fun moments. I traveled to play teams across the Southeastern U.S. I also discovered a new love for the sport itself, which I had never played before joining the team. As rugby is such a physical and demanding sport, I learned to be fearless and discovered new strengths and athletic abilities. It is one of the most invigorating and empowering activities I have ever done. 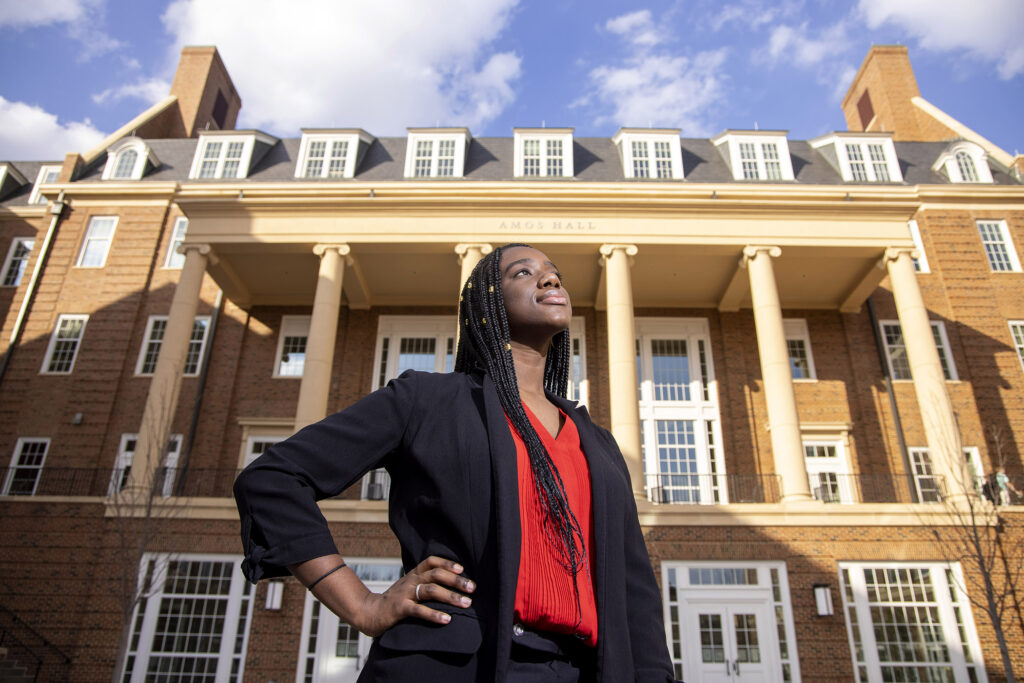 What have your study abroad experiences been like?
After freshman year, I completed a Maymester at Oxford with other Fellows, during which time I took a course in environmental economics. Although it was one of the more difficult courses I have taken, I also learned a great deal in such a short period of time. I found that our study of welfare economics, particularly as it pertains to distributive justice, informed some of my understanding of how states and governments think about economic distribution and justice, a subject about which I care deeply. We traveled throughout the U.K. and spent time exploring London, Cornwall, Glastonbury and other areas. I also traveled to Croatia with a few other Fellows during a short break.

Following the Maymester, I backpacked around Europe for about 10 days with other Fellows. I then went to Morocco, where I completed an intensive summer program and fall semester studying Arabic. I strongly believe that immersion is one of the best ways to improve in a language. During the summer, I studied Arabic for seven to eight hours each day, which solidified my foundation of the language. During the fall semester, I focused more on content courses such as Media and Sufism, as well as the Moroccan dialect. I took a language pledge to only speak Arabic during the entire semester and significantly advanced my language proficiency.

I am most grateful for the personal experiences I had. I learned from amazing professors. I stayed with host families during both programs. They selflessly cared for me, went out of their way to ensure I had a great experience, and treated me like a true part of their families. I formed lasting friendships. During the summer, the other students and I traveled almost every weekend to explore different parts of Morocco, from the Sahara to the coasts to the mountains. I also had language partners who became close friends and with whom I still talk today.

What did you do on your internships? What did you learn?
I interned in management consulting for two summers as a summer business analyst at McKinsey & Company. These internships helped me further develop my analytical and problem-solving skills, as I worked both at an on-the-ground and higher level to drive growth transformations for two organizations, one each summer. This was my first experience interacting with and coaching clients and getting to present my work to C-suite level officers at just age 19 showed me the impact I could have in other areas as well.

I’m currently interning at NBC Universal in entertainment research. In this role, I analyze broadcast ratings to evaluate trends and program performances. It’s really cool to have this new insight into the reach of many of my favorite shows and many other shows that are heavily influencing pop culture. 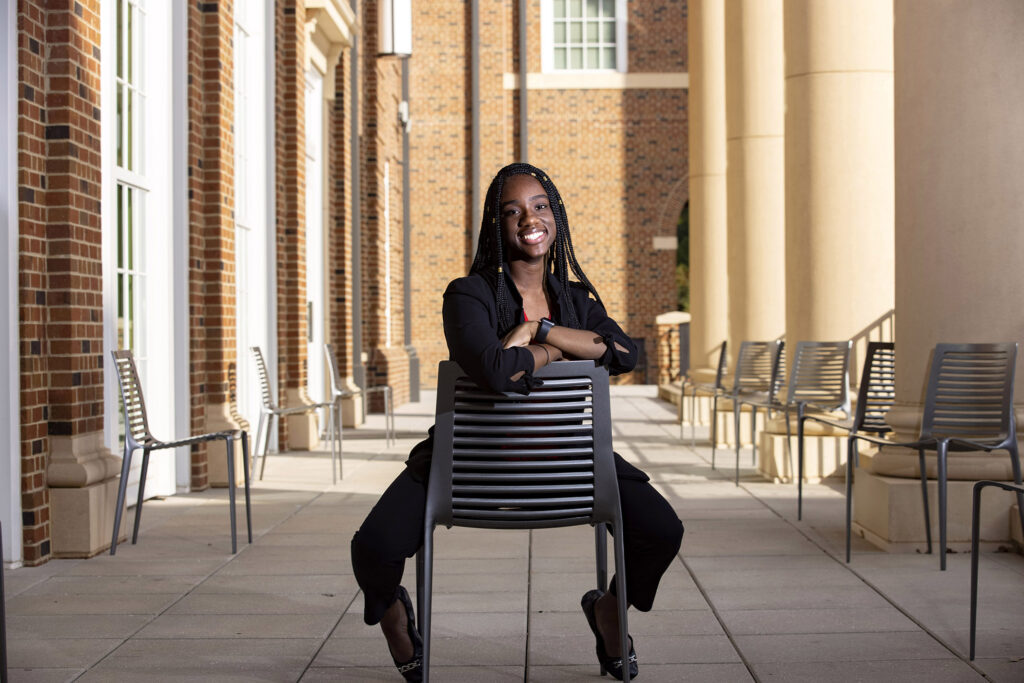 Zakiyya Ellington is majoring in accounting. “The Honors Principles of Accounting I and II courses I took during my freshman year at UGA further affirmed my interest. I chose to also major in Arabic to pursue my personal interest in the Arabic language and Arab cultures, to which I was introduced by a friend in high school,” she said. (Photo by Dorothy Kozlowski/UGA)

My favorite professor is:
So many professors have gone out of their way to support me.

My favorite things to do on campus are:
Play intramural sports with friends, spend hours talking in Bolton, and attend sporting events. I attend most football, basketball, volleyball and gymnastics events.

My favorite place to study is:
Third floor of the MLC. It’s quiet but also just one floor above the Jittery Joe’s, where I get spiced chai lattes for a midnight energy boost.

When I have free time, I like:
To nap and watch TV. My friends and I have made it a habit to have Netflix parties and otherwise watch our favorite shows as much as we can, particularly the “Bachelor” franchises (we love Rachel Lindsay).

If money was not a consideration, I would love to:
Attend the entire three weeks of the Summer Olympics. My favorite Olympic sports to watch are swimming, track, gymnastics and beach volleyball. It would be amazing to see some of the greatest athletes of all time make history in person.

If I could share an afternoon with anyone, I would love to share it with:
Serena Williams. I grew up watching Venus and Serena play tennis. Seeing two Black women trail-blaze and dominate their sport gave me confidence in my own athletic career as a swimmer and soccer player. Serena is also the greatest athlete of all time, but her advocacy and outspoken demeanor make her my favorite athlete. Despite facing constant criticism, she has always remained outspoken against discrimination. I was very fortunate to hear Serena Williams speak in person at the 2019 Forbes Under 30 Summit in Detroit, and I would love to speak to her one-on-one.

If I knew I could not fail, I would:
Become a talent agent for my favorite musicians or athletes. As a dedicated One Direction fan (RIP), I unintentionally learned so much about the entertainment industry and how good (or bad) management can shape someone’s career, opportunities and perception. I would love to have a role in managing the careers of artists like Louis Tomlinson (stream his debut album “Walls”) or athletes like Serena Williams and ultimately help shape their legacies, such that they can influence others like they did me.

What is your passion and how are you committed to pursuing it?
My passion is working to help advance social and economic equity for underserved communities. As a Black American and business student, I have seen how underrepresented students and professionals are often excluded from opportunities and positions of power. Part of equity is the intentional effort to move toward equality. Throughout my involvement in the business world, I plan to focus on the intentional recruitment, support and inclusion of underrepresented students and professionals. I am also passionate about supporting refugee and migrant communities around the world. Through my postgraduate studies, I intend to contextualize the current status of migrant and refugee communities in the Middle East and North Africa specifically, which will inform how I can best work to improve their social and economic inclusion in host societies.

After graduation, I plan to:
Pursue a master’s degree in global affairs at Tsinghua University in Beijing as part of the Schwarzman Scholars cohort. I am so excited to have this opportunity to further my studies, immerse myself in a new country (and hopefully travel throughout China and other countries of East Asia), and meet so many other students from around the world.

I #CommitTo: Using my knowledge and experiences to help others achieve their goals.