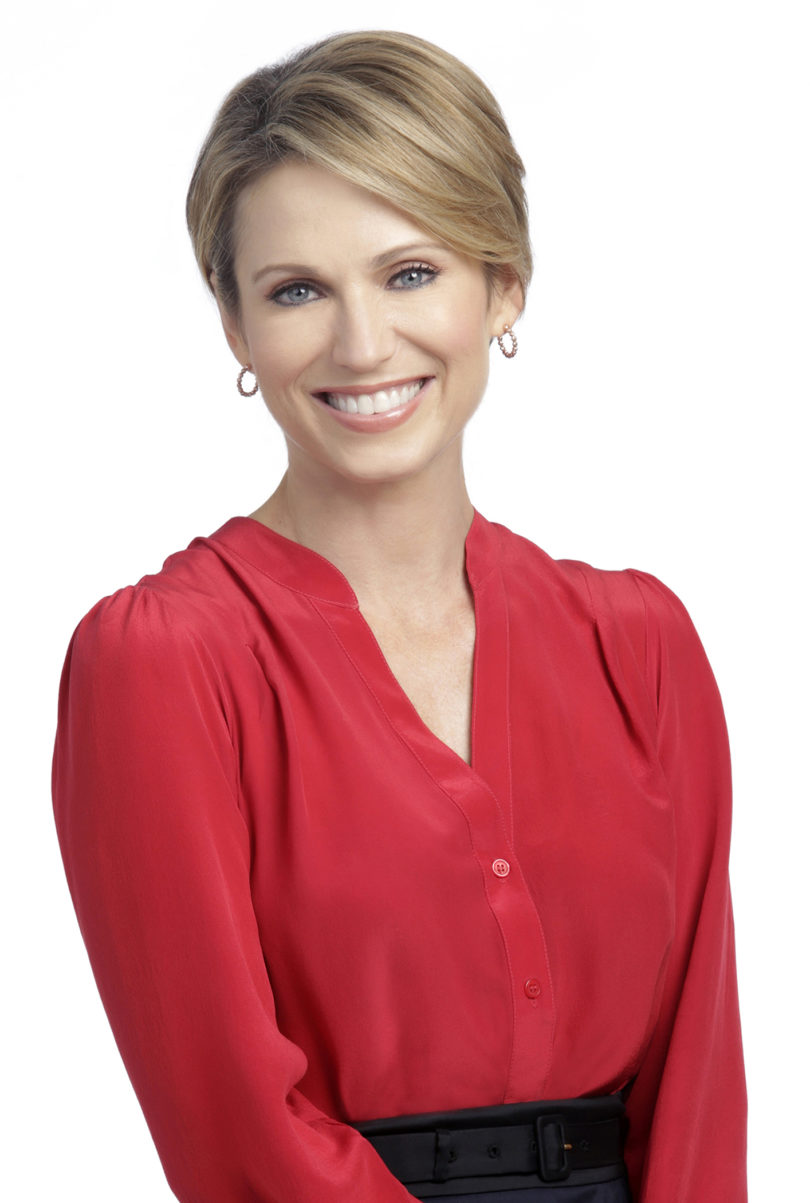 The award will be presented Jan. 23 at DiGamma Kappa’s annual awards banquet at the Richard B. Russell Building Special Collections Libraries.

Robach, a 1995 graduate of the Grady College, currently serves as the news anchor for “Good Morning America” on ABC.

“Amy follows an American and Grady tradition of news anchors who are also great journalists, who care about what they report and how their stories influence audiences,” said David Hazinski, an associate professor in the Grady College and one of Robach’s instructors when she was in school. “They insist that information is factual and balanced. We’re proud to have her as an influential graduate.”

Since joining ABC News in 2012, Robach has travelled nationally and internationally to cover major news events ranging from the campaign to free captive school girls in Africa and reporting the Sandy Hook Elementary School shooting, to covering the 2014 Winter Olympics in Sochi, Russia. She has also anchored “ABC News” and “20/20” on multiple occasions.

Prior to ABC, Robach worked at NBC News from 2003 to 2012 as the co-anchor of Saturday TODAY and an NBC national news correspondent. She was an anchor for MSNBC from 2003 to 2007 following her start at local news stations WTTG in Washington, D.C. and WCBD in Charleston, South Carolina. She graduated from the Grady College, with honors, with a degree in broadcast journalism.

Robach was last in Athens in October. She was the featured speaker for the Suits and Sneakers fundraiser, generating awareness and funds for the American Cancer Society, a cause of special significance since she fought her own battle with breast cancer in 2013.

The Distinguished Achievement in Broadcasting and Cable Award is presented by DiGamma Kappa and co-sponsored by the Georgia Association of Broadcasters and the Grady College. Previous winners include Steve Koonin (2013), Gale Anne Hurd (2013) and Monica Pearson (2012).

DiGamma Kappa celebrates its 76th anniversary this year. It is the nation’s oldest student broadcast society and was founded at the Grady College. DiGamma Kappa encourages student participation in all phases of production for television and radio, and fosters professional competence among its members. It also strives to promote a high quality of broadcast journalism while adhering to outstanding ethical standards.